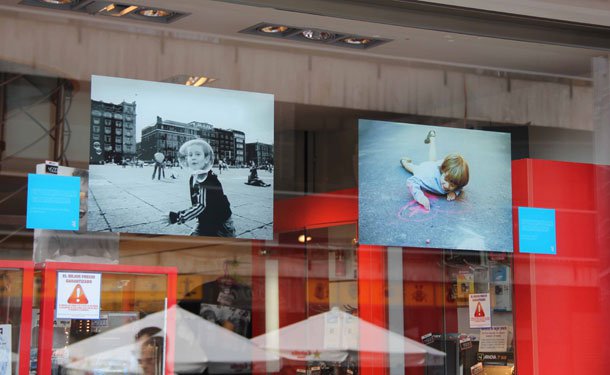 All the photographs received for the participation placed of the Festival converted into a projection that was opened for visitors during all the month in Torrene room. Aditionaly, a special projection was made in Aretxondo Plaza, Portu Zaharra.
A selection of 35 photographs was shown in some local shops windows of Euskal Herria and Basagoiti streets.