The Pink and Blue Project 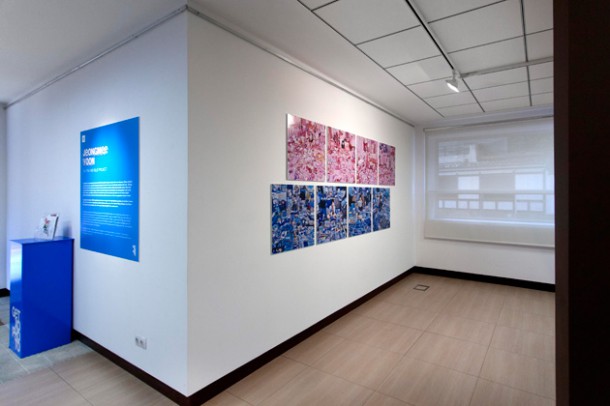 Born in Seoul in 1969. Graduated in Painting from the University of Fine Arts in Seoul and in Photography from Hongik University, also in Seoul. She later received a new degree from the Photography Department of the School of Visual Arts in New York. Her work forms part of the permanent collections of the Seoul Museum of Art, the Library of Congress in Washington and the Museum of Fine Art in Houston, among others. Key to her practice is her drive to accumulate objects. This is illustrated by previous series of hers: Zoo, Natural History Museum and Space-Man-Space.

JeongMee began The Pink and Blue Project with her daughter, when she was five years old. She was crazy about the colour pink, to a point where she only wanted to dress in pink clothes and play with objects of the same colour. JeongMee realised later that her daughter was no exception and that this preference of hers was pretty usual in the rest of the country. The artist still uses a Hasselblad film camera, which, combined with the process of ordering all the objects in an image, creates a meticulous detailed approach to work that is reflected in her photographic end product, which offers a critical view of the absurd way in which the consumer market generates gender stereotypes. 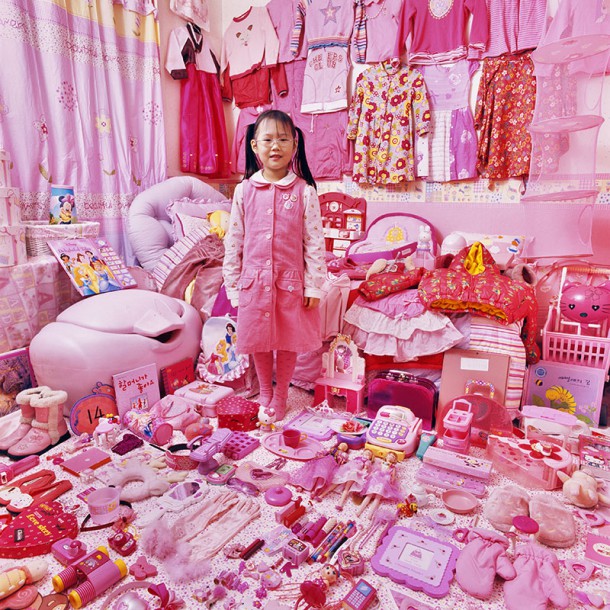 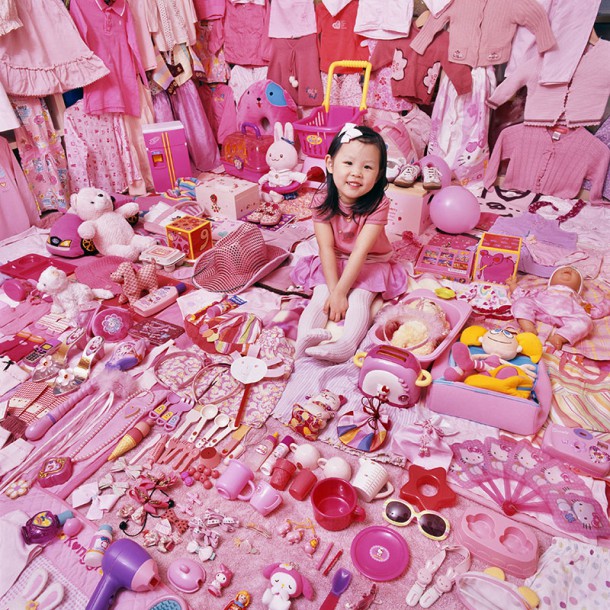 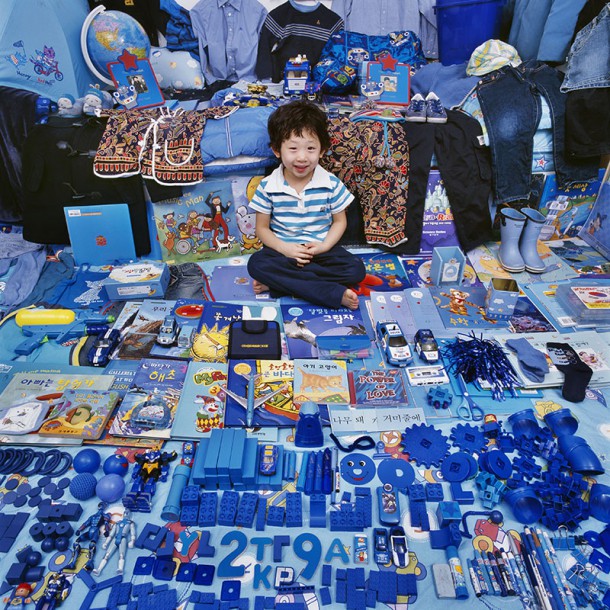