False Positives explores the new behavioural rules that have developed in public spaces under the gaze of machines and automated surveillance systems. Esther Hovers collaborated with several experts in intelligent surveillance, who pointed out eight attitudes considered to be deviations from body language and pedestrian movement. Running suddenly or standing still for too long is considered abnormal behaviour, and these signs can be read as indicators of a possible crime by predictive surveillance systems. These are systems that, contrary to the time-keeping system of traditional surveillance, do not document an event but try to identify hypothetical crimes that have not happened yet.

Hovers’ photos, taken in the financial district of Brussels with the collaboration of strangers, depict attitudes in public spaces that predictive control systems identify as irregular. The work, which includes drawings of movement patterns, questions the gaze and control which trained surveillance machines exercise over people’s behaviour.

She was born in Amsterdam in 1991 and she is currently based in the Hague, Netherlands. Esther Hovers is trained as a photographer, although she incorporates drawing, text and film in her practice in a similar way. In her artistic practice, she investigates how power, politics and control are exercised through urban planning and the use of public space. Hovers has exhibited at GEM, Museum of Contemporary Art, The Hague, Lianzhou Photo Festival in China, the National Gallery in Prague, in the Aperture Foundation and also in Foam Amsterdam, among others. Her work has been published in The New York Times, The Washington Post, M – Le Magazine du Monde and Wired, among other publications, and has edited False Positives (by FW:) as a book. In 2018 Hovers was an artist-in-residence at ISCP (International Studio and Curatorial Program) in Brooklyn, and in NARS Foundation in 2019, both of them in New York, USA. 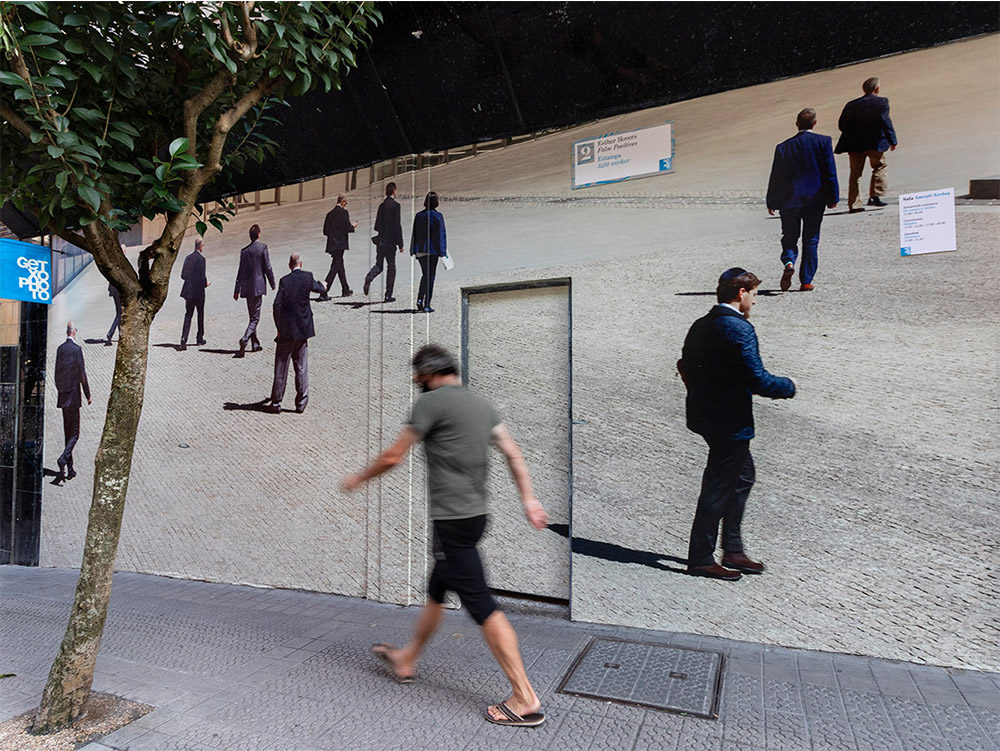