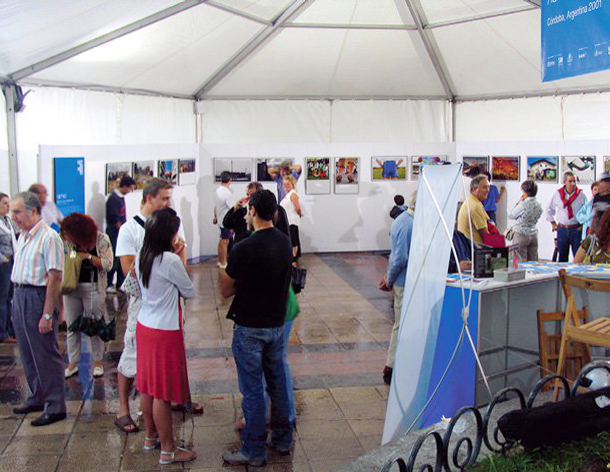 IN THE MIDDLE OF THE CITY

This year, GETXOPHOTO was structured in two big areas: on one hand, the exhibitions (that were on exhibit for a month) and on the other hand, the four-day festival that gathered conferences, projections, bertsos –typical Basque verses- and pictures sessions, guided visits, photographers meetings, facilities and a marquee. This way, GETXOPHOTO has wanted to open a door to the audience for their participation and implication in the festival.

Like circus companies do when they visit a city, a marquee was installed in the middle of the city. The objective was showing the photography spectacle. It was a big space without door, open to everyone; it became the festival’s heart and neuralgic center: information center and meeting point of artists, guests and amateurs. Thousands of people went through this marquee.

As Peruvian master Martin Chambi’s El Gigante de Paruro, Argentinean Marcos López’s Asado en Mendiolaza is already an icon of the 21st century Latin-American photography. This image was chosen and reproduced to be the dominant element in this space.

Three bookshops were invited to the festival. Anti-Liburudenda (Bilbao), Cámara (Bilbao) and Orixa (Getxo) accepted to be in this new spreading and experience space in the marquee, showing the audience that there are books, magazines and other photography publications.

The Zarautz Photomuseum -the only museum in the State exclusively dedicated to photography- made know his dedicated labor and presented the Isurkide project, a great database composed by all the Basque Country photographers.

Apart from including these activities, the marquee was also one of the exhibit spaces. There, three local thematic exhibitions were concentrated: Getxo’s solargraphs performed by Diego López Calvín (see page 76), who also gave a practicing lesson in which he explained how taking pictures with pinhole cameras; the project Getxo, otras postales (Getxo, other postcards) was shown (see page 79) and the images of the practical lesson carried out with Saharan children could also be seen. These children coming from Auserd, Smara, Dajla and El Aaiun were given one-use photographic cameras and were proposed to take pictures of what they liked most during their holiday or the days they spent in Getxo. The result was Begirada saharauia.

Finally, the guided visit to the exhibitions had as starting point the marquee and with El Asado en Mendiolaza started the circuit. This photographic walk was carried out with the curator and the photographers attending the festival. www.marcoslopez.com 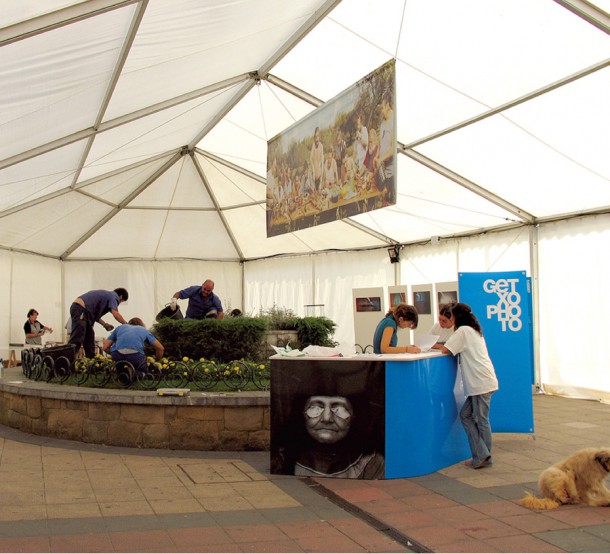