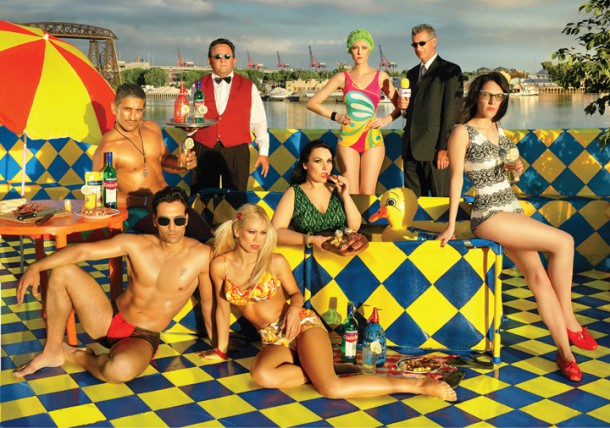 After the release of his first black and white portraits book he starts to use the colour, developing his series Pop Latino in which, according to him, he focuses in illustrating the “subdevelopment texture”. His work trajectory points to the redefinition of myths, icons and universal art works from the “South”. He assumes the photography fashion trends in the context of contemporaneous art in order to adjust them to the feeling and the own particularities of the outskirts. (A. Castellote)

“I get ideas from traditional songs, I recycle classics, I play with obviations, I invent myths… (…) I transformed The Little Mermaid of Copenhagen into a siren in Río de la Plata and I made The Last Supper in the midday, eating a roast beef with friends. And to end up, where I am most satisfied, where I notice if a work has magnetism is when the laboratory gays, who are used to rolling metres and metres of pictures, stop at one of my pictures and let go a complicit comment. A delicate way of praise: “How good looks the siren, where did you fish it?” . M. López

He was born in Santa Fe, Argentina, in 1958. He studied Engineering, but abandoned it for photography. In 1993 Retratos is released, his first book; in 2000, Pop Latino and in 2003 Sub-realismo Criollo. His work is shown regularly in the main contemporary art fairs, as Chicago’s, Art Basel, Paris Photo, Arte BA, MACO, FIA, ARCO. He has exhibited in Estonia, Spain, Venezuela, United States, Finland, Mexico, Peru, Germany, Dominican Republican, France, Cuba, Belgium, Italy and Holland. 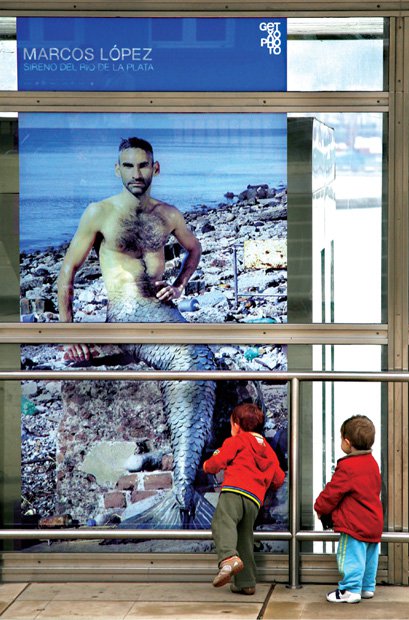