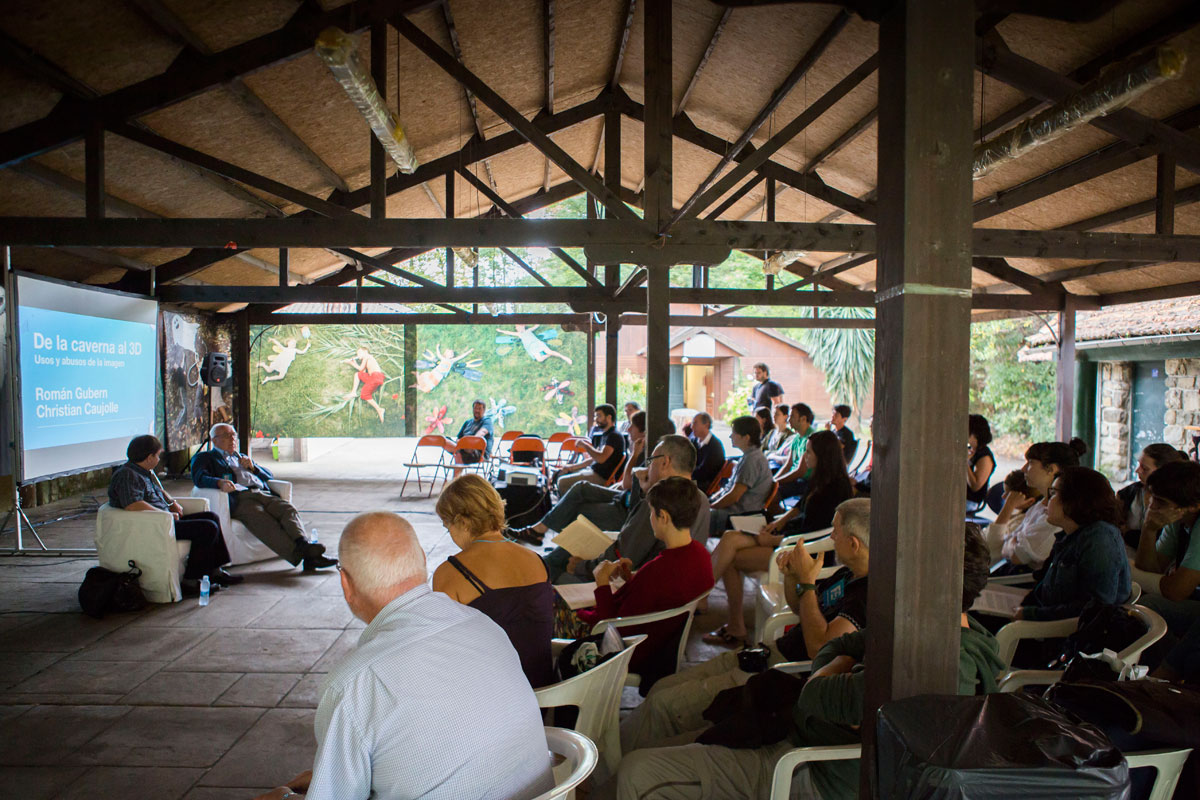 ENCERRONA was released in 2013 under the title Other ways of seeing. It is a new format of talks and dialogues during a whole day, including lunch, in a far place with no scape for speakers and attendants.

The 2014 edition’s title was We are in conflict:

There’s a historic tendency to believe in the power and inherent ability of images: their veracity, their value as a document, their ability to influence… These assumed attributes are often questioned. Since we are in the digital era this is clear: line between reality and fiction is more and more vague. Lock-in Vol.2 will be a day for reflecting about photography and its own conflicts and about the different options we have when it’s time to deal with conflicts. 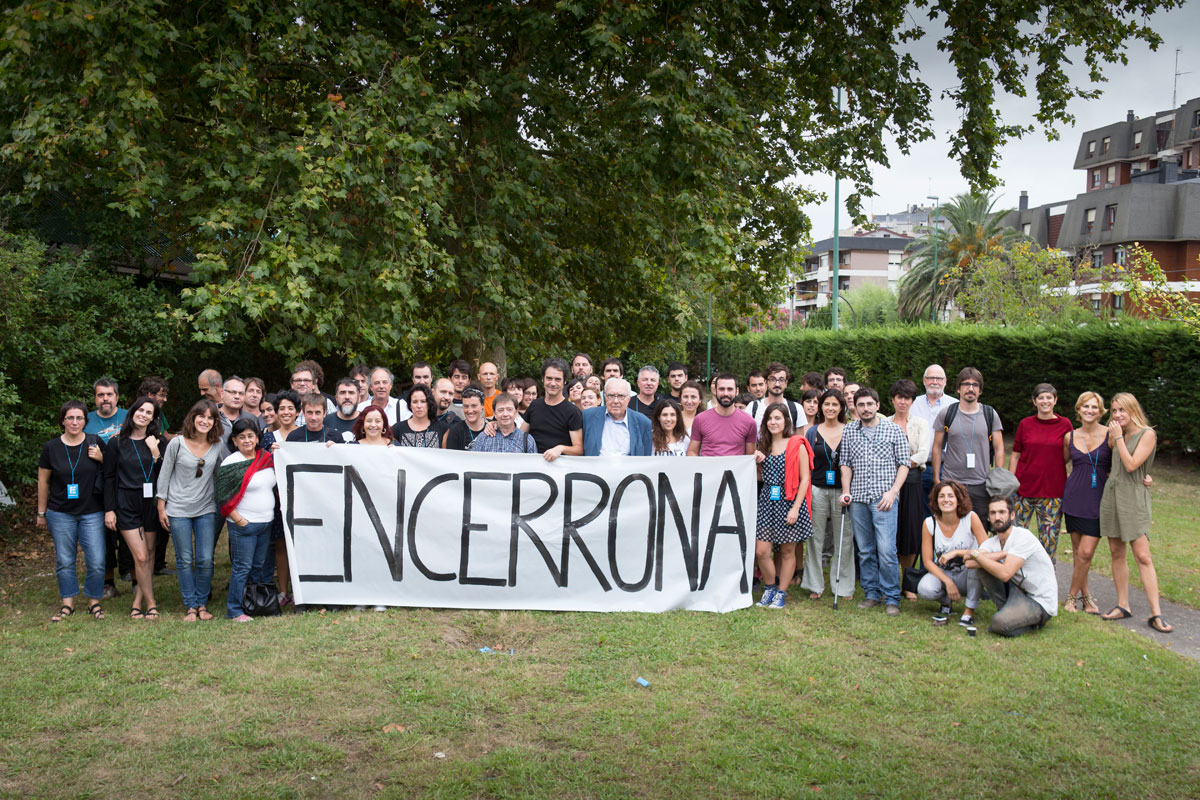 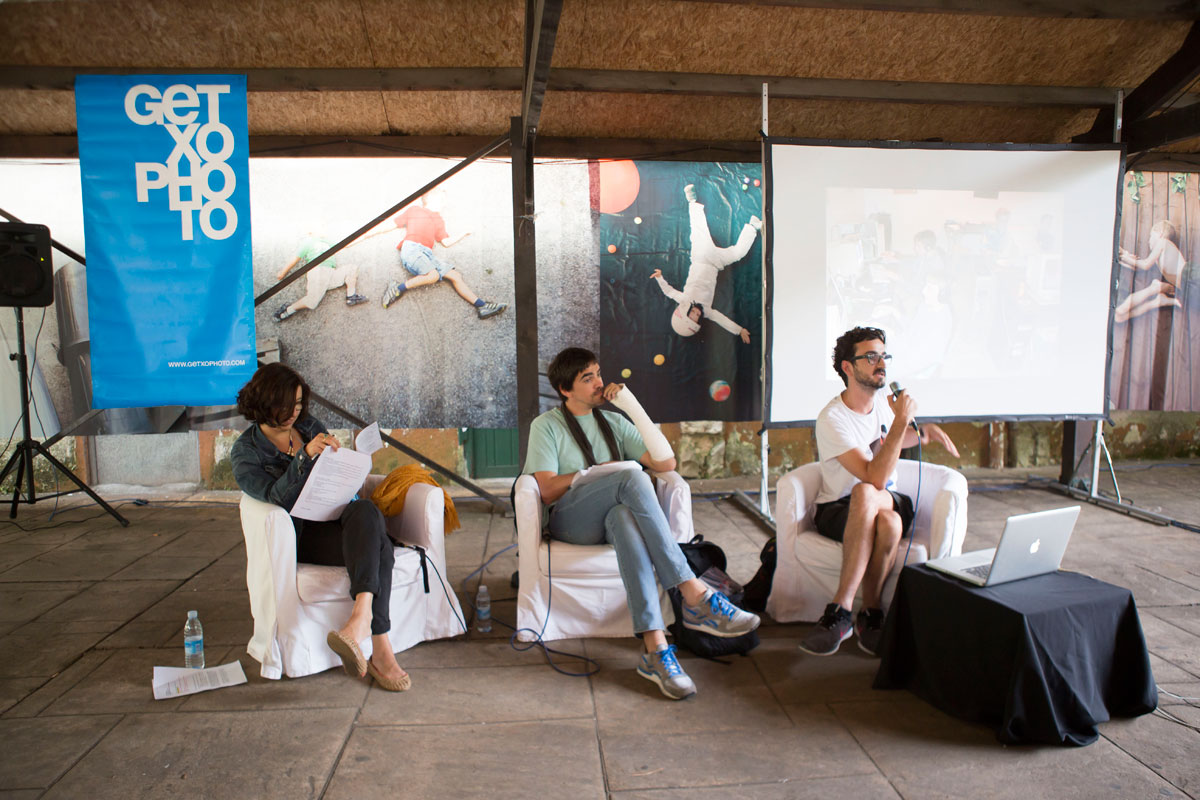 These were the program and the guests of the second edition: 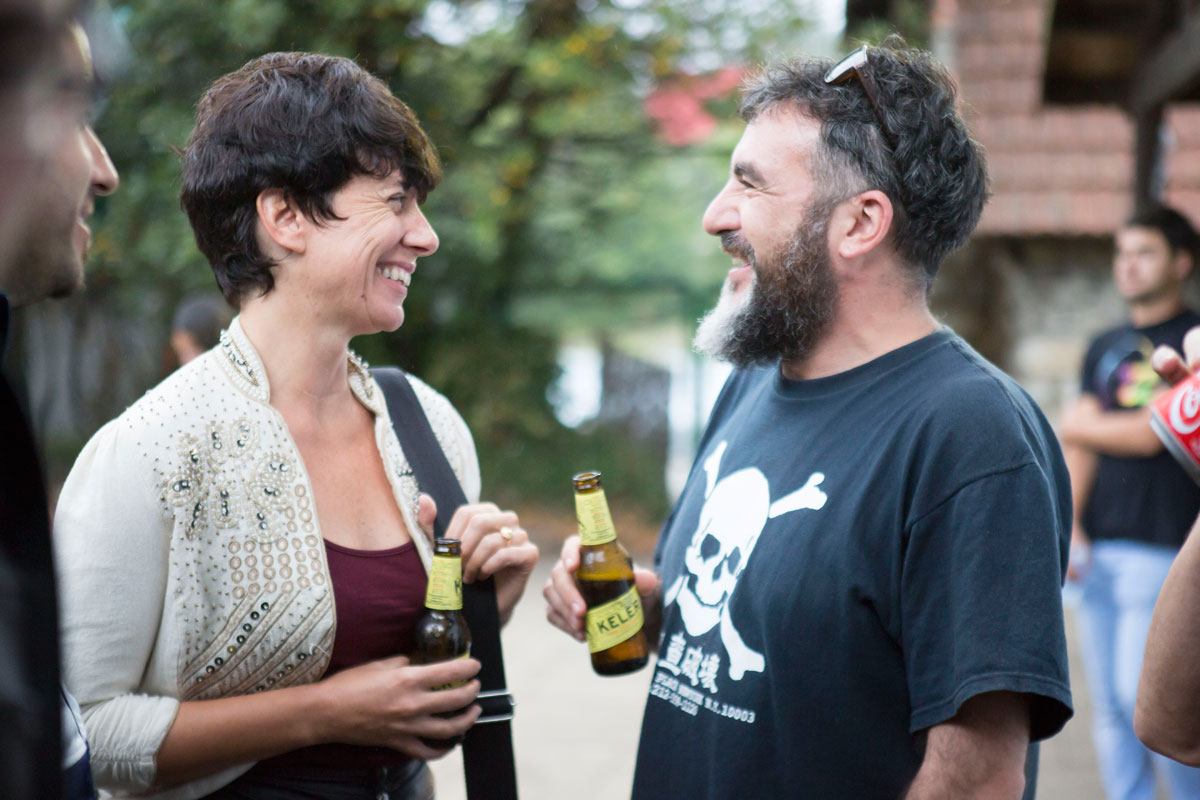 Walter Astrada
He was born in Argentina and leaves currently in Barcelona. He was worked for agencies like Associated Press and Agence France Press, and now he works as a freelance. He is working on a long term project about gender violence since 2006. His works has been recognized in several international contests like World Press Photo.

Mikel Bastida
Graduate in Audiovisual Communications. He studied at the cinema school of Andoain and got a master degree in New Documentalism at the EFTI photography school, where he works as a teacher nowadays. He was chosen for Descubrimientos PhotoEspaña in 2011 thanks to his work War Theatre.

María Canudas
Graduate in Audiovisual Communications by Universidad Autónoma de Barcelona and postgraduate in Visual Arts Management by Birbeck College (Univeristy of London). She works at the Exhibitions Department of Fundación “la Caixa”, where she coordinates art and photography exhibitions. She is currently leading the FotoPress project, offering grants to promote the creation of new documental image projects.

Ricky Dávila
Born in Bilbao in 1964. He graduated in Photography in the International Center of Photography of New York. He worked for COVER agency. Currently, he works as a freelance and he is Director at the Center of Contemporary Photography of Bilbao – CFC. His works as a photo-journalist has been awarded many times, he has published several photography books and he has shown his work in individual and collective exhibitions worldwide.

Román Gubern
Professor at the Universidad Autónoma de Barcelona and Doctor Honoris Causa at the Universidad Carlos III de Madrid. He is known as one of the best Spanish theorists in audio-visual communication. His work is focused on cinema historiography, comic language and also an analysis of images in our times, cultural change and culture.

Martí Llorens
Graduate in Fine Arts, he combines his creative work with the documentation of constructive projects in civil work. He has documented big urban development projects in Barcelona, such as the works before the Olympics or the transformation of the maritime front. His personal work is focused on the development of concepts around time, territory and memory.

Olga Rodríguez
Graduate in Information Sciences by Universidad Complutense de Madrid, she is a Middle East specialist. She has developed most of her professional career working for Cadena SER, Cuatro and CNN+, covering news such as the war in Iraq. Since 2012 she collaborates with eldiario.es and other written media, and in addition she keeps working in the Middle East as an audiovisual journalist.

Jon Uriarte
He was born in Hodarribia, Gipuzkoa. He studied photography at the Institut d’Estudis Fotogràfics de Catalunya and the Center of Photography in New York. He has shown his work in several centers, art galleries and festivals, both individually and collectively. He currently lives in Barcelona, where he teaches photography.

Kirmen Uribe
Born in Ondarroa, Bizkaia. We licenced in Basque Filology in Vitoria-Gasteiz and studied Comparative Literature in Trento, Italy. His poem-book Bitartean heldu eskutik (Meanwhile take my hand) received the National Critics Award and his novel Bilbao-New York-Bilbao received both National Critics Award and National Literature Award. He has also writen literature for kids and young people, he has taken part in several international literature encounters and he is the author of some multimedia works.