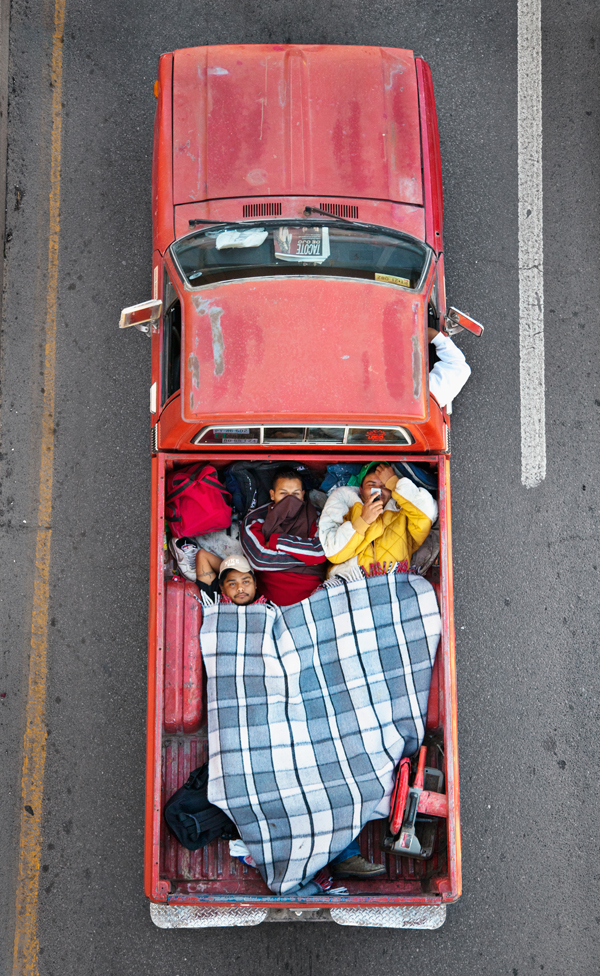 Few works, in the field of the analysis of social situations, assert with greater vigour the importance of the photographer’s point of view. Stationed on a motorway bridge, the author, who had previously explored the construction and development of the suburbs of Monterrey, records the situation of the building workers who make their way to their jobs on the back of pick-up trucks. Sometimes the work is hypothetical, and it is always unstable. These bird’s eye views, which capture everything in a single plane, also reveal what we usually cannot or don’t wish to see. Circumstances of precariousness that blow apart the distinction between public and private spaces. This comprehensive pathos-free examination certainly stands as the most radical documentary use of an analytic photograph.

Alejandro was born in the Dominican Republic in 1977, and moved to Mexico in 1990, where he studied Visual Arts. His projects since then have concentrated on exploring urban, cultural and social aspects of the country. He has received many international prizes such as the FOAM Talent and the Book Award of the Fundación Photolucida. His work has been shown in Mexico, China, the USA, Italy, the UK, Canada and Guatemala and has been published in journals including Wallpaper, Monocle, Financial Times, The New Yorker, PDN, The New York Times and American Photography. His works form part of both public and private collections. 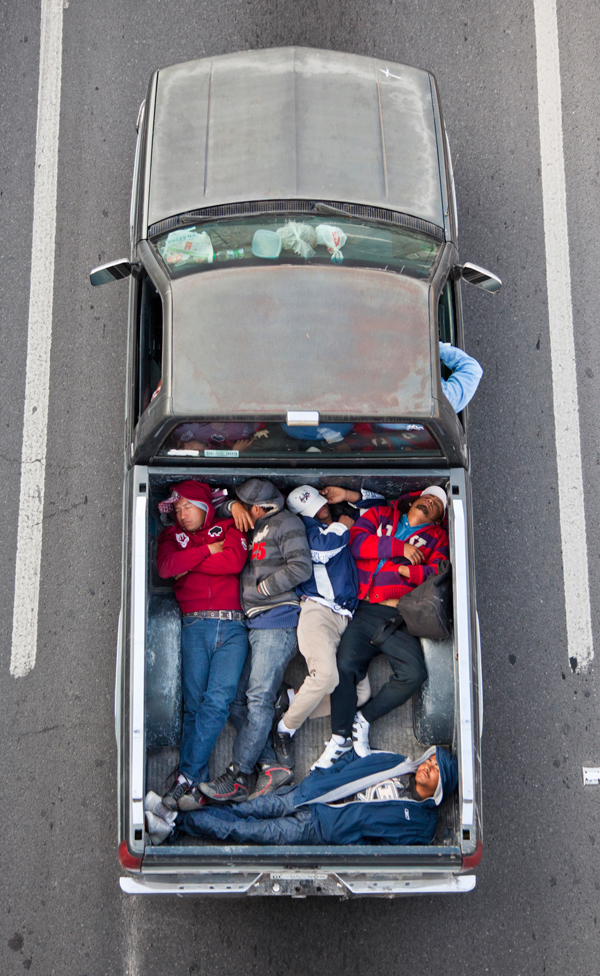 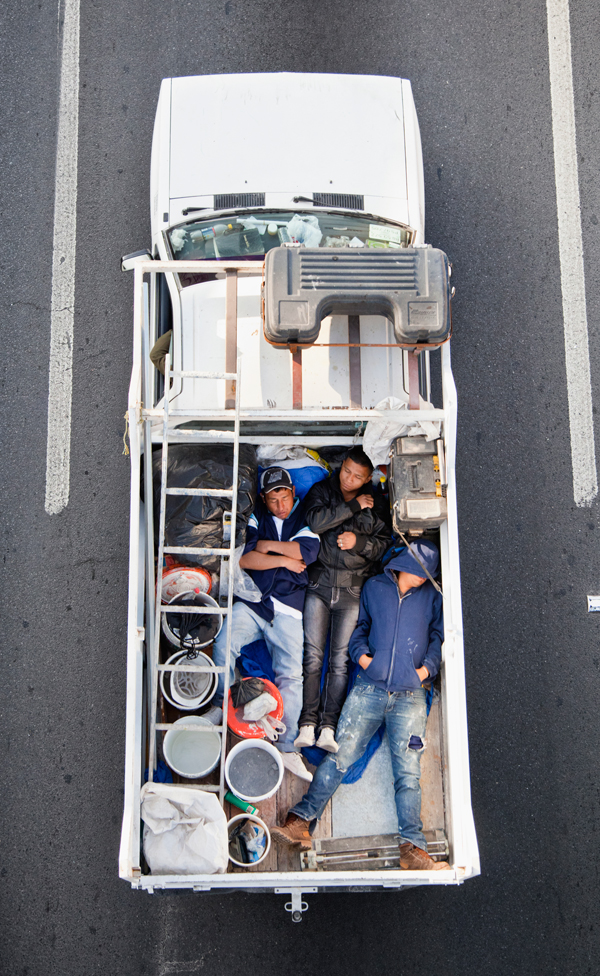