Edmund Clark was the first photographer to be granted access, in December 2011, to a house where a person suspected of activities related with terrorism had been relocated under a Control Order. The 2005 Prevention of Terrorism Act endowed the Ministry of the Interior with the power to relocate, in any part of the country, any “controlled person” in a house under strict conditions resembling those applicable under house arrest. The security measures demanded of Clark were extreme and included, among others, a ban on leaving in the dwelling any digital camera or audio recording equipment in his absence. Likewise, the material produced was checked, and revelation of the identity of the individual in question or of the location would have constituted a crime. But the most important thing for Clark was to demonstrate, through objects, the historical significance of the process, as they showed the way of life of a person sanctioned and confined without previously being subjected to any trial at all

Born in United Kingdom. Edmund Clark is an award-winning artist whose work links history, politics and representation. His recent works as Control Order House engage with state censorship and spaces of control and incarceration in the “Global War on Terror”. His work has been exhibited widely including major solo museum exhibitions at the Imperial War Museum, London and Reiss-Engelhorn-Museen, Mannheim. He has obtained several awards, important grants like Magnum Foundation Grant and has participated in talks in institutions in different continents. His work forms a part of collections including those of the George Eastman House Museum, the National Portrait Gallery or the Museum of Fine Arts, Houston. 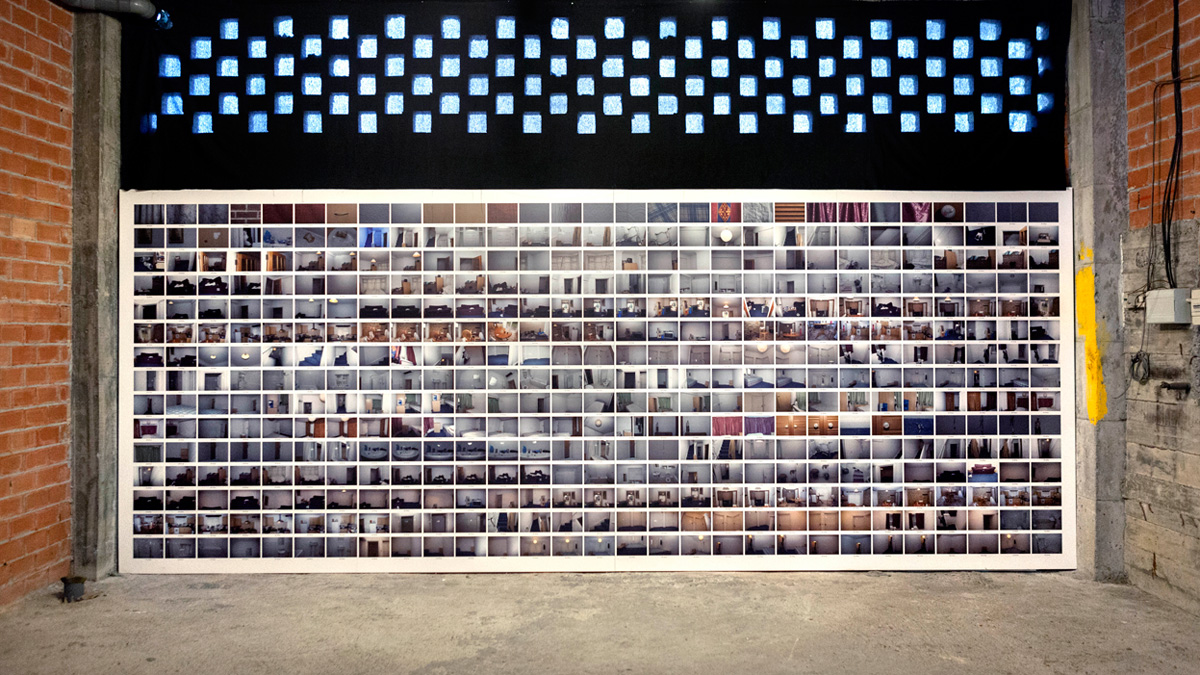