In 2030 the space mission Mars One, a private initiative, will set up the first human colony on Mars, sending a team of four astronauts during the initial phase. The rigorous selection procedure began in 2013, and in 2015 the list of 100 finalists, 50 men and 50 women was published, from whence six teams will emerge, selected to travel to the red planet without a return ticket. In her zeal to explore the relation of man with science, Alcazar-Duarte contacted four of the chosen scientists with a view to becoming acquainted with their personal experiences. The result was The New Colonists project, a series of portraits presented jointly with pictures of daily life from the small locality of Mars, in the United States, and a projection of the activity that may take place in Earth’s lower orbit. The author’s intention is to investigate the metaphysical, ethical and environmental aspects of the new space race and to ponder the human condition, inviting viewers to consider the parameters of welfare and conservation that technology should use to advance.

Originally from Mexico, she lives an works in UK. She studied Filmmaking, Perfomance Design and Documentary Photography. Her photobook Your Photos could be used by drug dealers was acquired in 2014 for artist book collections at the Museum of Modern Art in New York, The Yale University Gallery and the Joan Flasch Collection at the Arts Institute of Chicago. In 2017 she obtained the Magnum Graduate Photographer Award and The Photographers’ Gallery Bar-Tur Photobook Award. Her last work Possible Landscapes is a peace-building participatory project for young people in post-conflict countries. 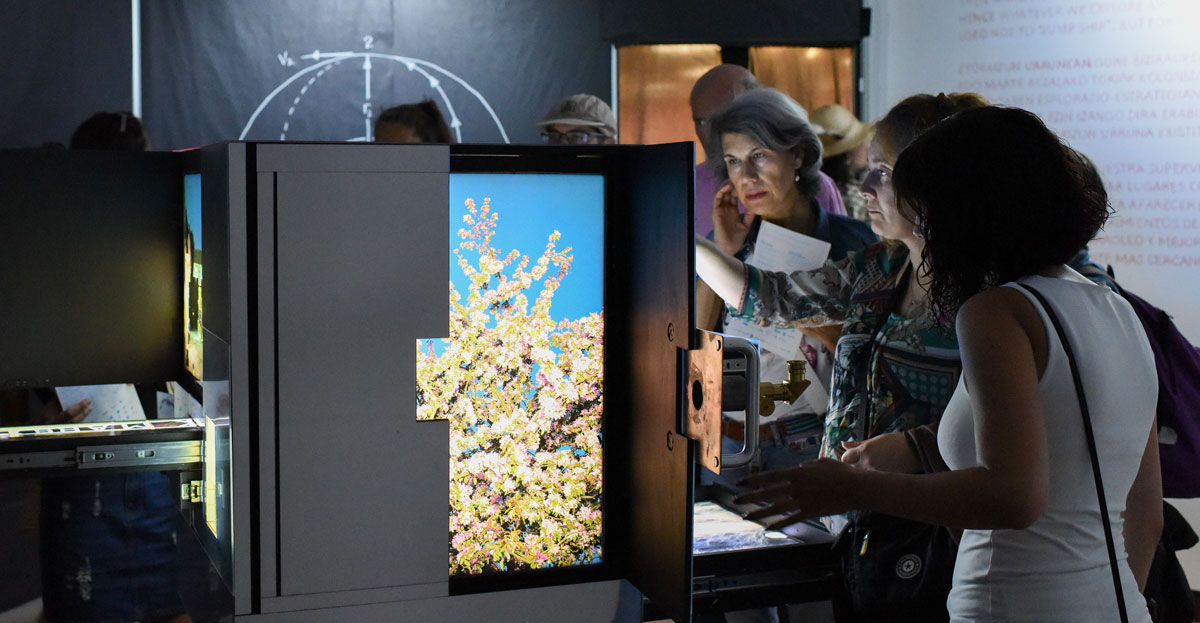