In the 1960s, during Kennedy’s term of office, the United States began to export second hand clothes to underdeveloped countries. This activity grew in the 1980s and since then millions of tons of them were sent each year to the third world, representing large scale trade to the detriment of local economies and labour conditions in these countries. Croix-des-Bossales market, in Port-au-Prince, was a place devoted to the sale of slaves and, today, it receives on a daily basis containers of clothes rejected by North Americans. Many of these garments –popularly known in Haiti by the Creole term Pèpè– have actually been produced by Haitians and they come back to them at affordable prices with ridiculous messages printed in the USA like Kiss me, I am blonde, which no-one has bothered themselves to translate. Woods portrays Haitian citizens wearing these T-shirts and in so doing, with no loss of irony, depicts fifty years of North-South relations.

Born in Amsterdam in 1970, he grew up in Italy and has lived in Paris and in Haiti. He is devoted to long-term projects that blend photography with investigative journalism. His books, including Chinafrica (with Serge Michel) and The Heavens (with Gabriele Galimberti), have been published in eleven different countries acclaimed as an exemplary melding of art and documentary photography. His work is regularly featured in major international publications. He has had solo exhibitions in more than a dozen countries and his pictures are in private and public collections. He has received a number of prizes, including two World Press Photo Awards. 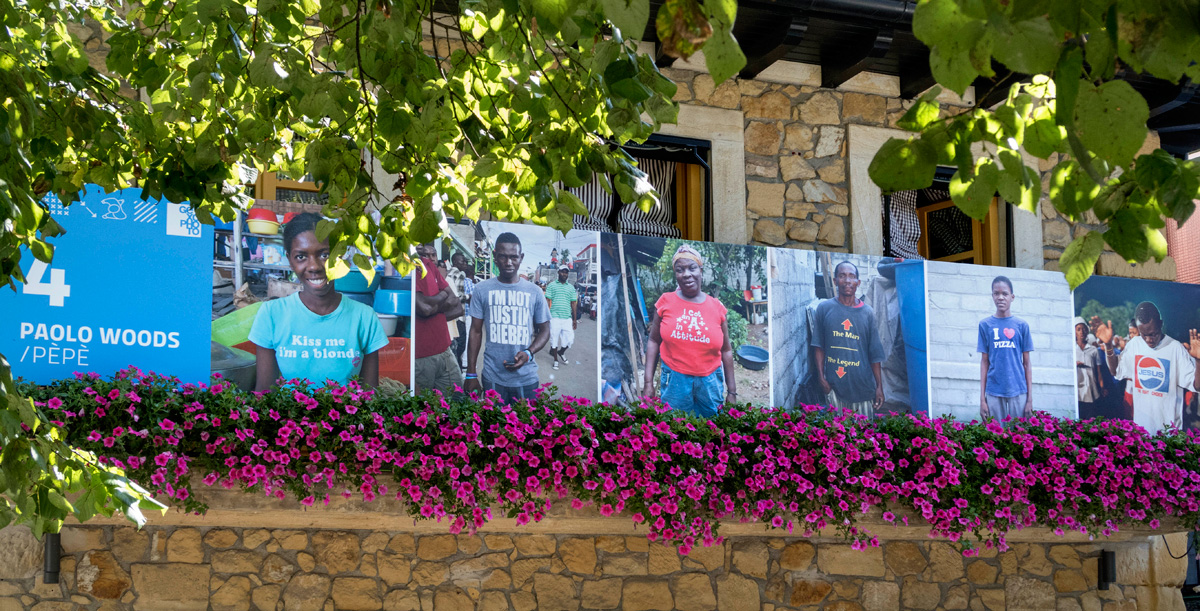