Eberhard’s interest is drawn by the artificial nature of spaces and he explores places that appear to be what they actually are not. The first intention of the author when he began the Standard series was to photograph hotel rooms from the Hilton hotel chain across the five continents, the aim being to evince a globalized world. Indeed, all the rooms seemed identical: four pillows, the same alarm clock, the same items of personal hygiene. But what most surprised him was the discovery that the urban views from these rooms also appeared identical. Although some objects such as the Murano glass chandelier that he found in Venice were subtly reminiscent of their location, no reference point distinguished one view from another. Then he decided to show the images in diptychs as proof of this standardization. Nonetheless, Eberhard insists that this series is not to be understood as a critique of the North American hotel chain but rather as another take on the way we travel and explore in the West.

Born 1984 in Zurich, graduated in Photography from the Brooks Institute of Photography in Santa Barbara, California, in 2007. He lives and works as freelance photographic artist in Berlin and Zurich. He has shown individually and collectively in Berlin, Zurich, Vancouver, San Francisco, in Galerie Für Moderne Fotografie Los Angeles, Munich, among others. He has published several books, some of them being self published like Schöne Heimat (2013) or Und in der Nähe die See (2010). His last book, Standard, has been published in 2016 by Scheidegger & Spiess. 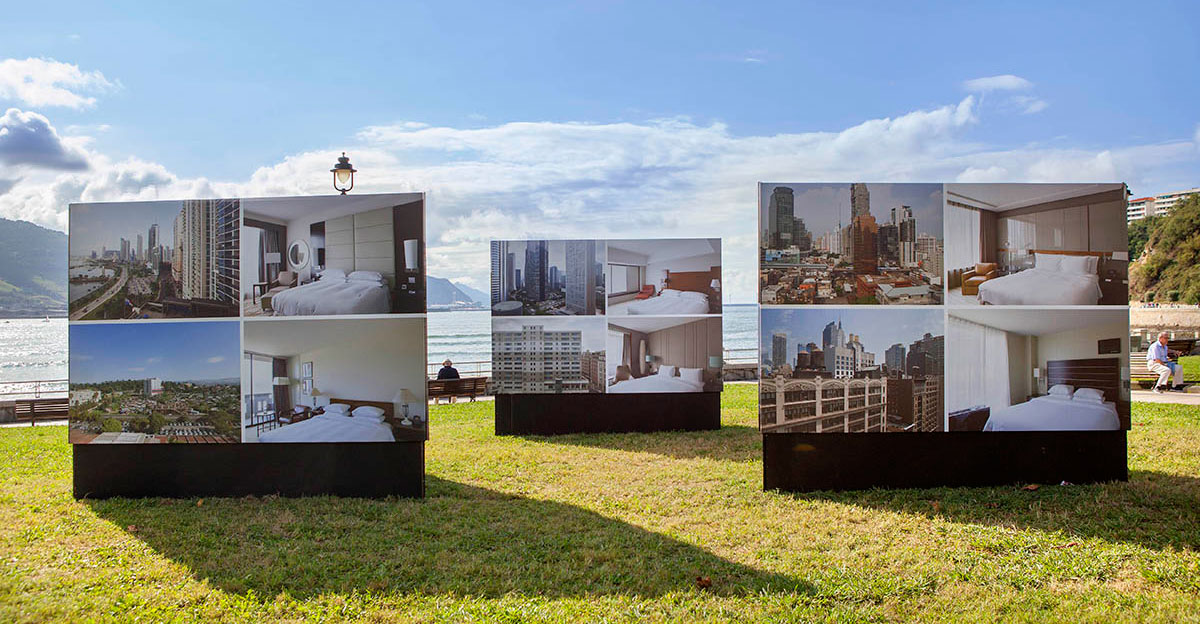