Equivalence. The Ecological Footprint of Fish

The yellow croaker is the most popular fish in China, but the problem is that to fatten up this delicacy by a single kilo, 7.15 kilos of 39 smaller species are used. In other words, more than 4,000 small fish have to die to get a kilo of yellow croaker. Stefen Chow and Lin Huiyi have worked with each other since 2009 and have put together a ferocious visual critique of the impact of fish farms on the ecosystem, using 4,000 photographs. For months they collaborated with scientists and local authorities in four Chinese cities to draw this mosaic, which aims to help Greenpeace denounce the fact that every year 400,000 tons of small wild fish are captured prematurely and sacrificed to feed the yellow croaker. Today these species are threatened by overfishing and lack of regulation. Equivalence. The Ecological Footprint of Fish is a representation of the ecological cost of a culinary, consumerist whim. This work will be exhibited in Getxo market, and suggests that in a post-conflict scenario, humans should stop eating this fish and, maybe, stop eating all kinds of animals.

Chow and Lin have been working together since 2009. They undertake long-term projects with a social conscience. Their works have been referenced by the World Bank and exhibited as large-scale installations at the Les Nuits Photographiques in Paris, PMQ in Hong Kong and the CAFA museum in Beijing. Their works are also in the permanent collection of the Museum of Contemporary Photography in Chicago and CAFA museum in Beijing. Stefen Chow, 1980, is a Malaysian-born, Singapore-raised photographer. He currently lives and works in Beijing. Chow has won a World Press Photo award and has worked across 30 countries. Lin Huiyi was born in Singapore in 1980 and currently lives in Beijing. She is an economist by training and is a market researcher. 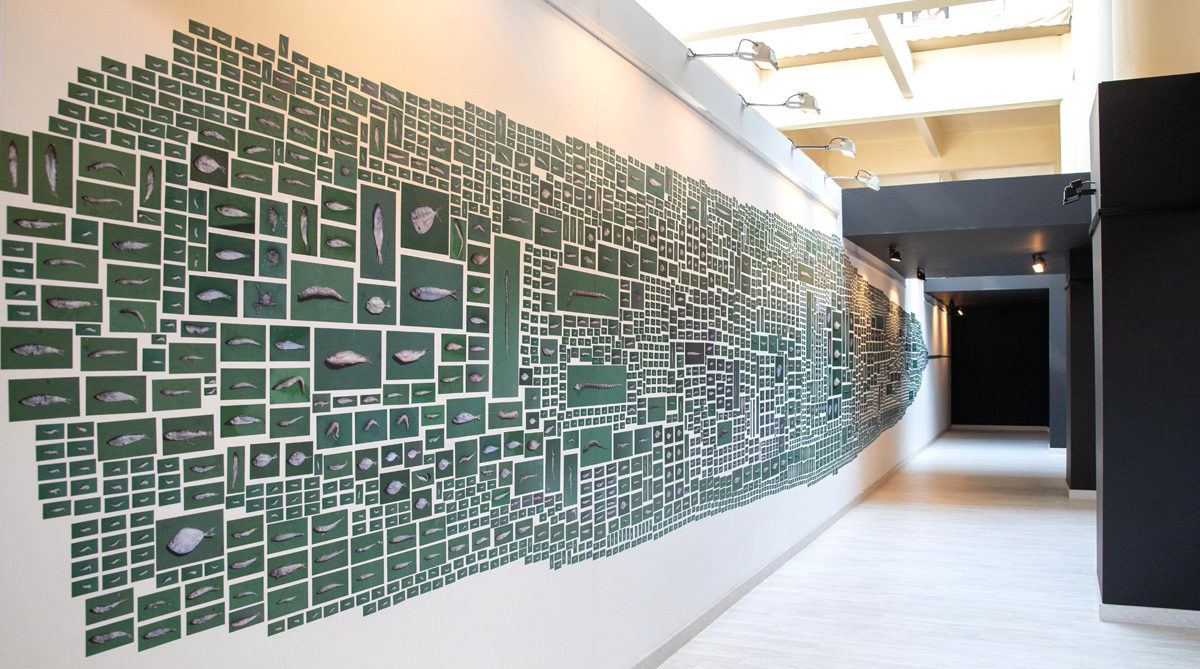