If the human beings of the future ever lived in completely virtual worlds, what would their life be like? Ali Eslami, an artist of Iranian origin living in Amsterdam, tries to answer this question by turning to the infinite possibilities of virtual reality. In 2017, the artist invented an experimental universe called False Mirror, a constantly evolving imaginary city, and the result is a unique experience that uses design to create multiple future scenarios within the concept of post-humanity. The three-dimensional space of False Mirror is unlimited, mutant and can be manipulated by virtual hands which can make it and unmake it in simple movements, giving the user a sense of omnipotence. It is neither a faithful representation of some existing place, nor disconnected from our reality either. The ultimate goal of this project is to explore futurism and ways of inhabiting virtual spaces as posthumans. When faced with the challenge of designing a city with these characteristics, Eslami invites us to reflect on new problems that do not yet exist in real life.

Born in 1991 in Irán. He is an Award-winning Computer Artist and Researcher based in Amsterdam. He has been working with VR technology since 2014. He develops and designs VR fiction and nonfiction Experiences to explore new pathway in this emerging medium. Interested in Human Perception and Cognitive Science and tries to approach them experimentally in VR. Ali has self-taught 3D for Architectural Viz since 2005 and changed his focus to other fields like Creative Coding, Data-viz, 3D art. His work have been exhibited in IDFA Festival (Best Immersive nonfiction Award for Death Tolls)Melt Festival, The New Institute, Ambulante Film Festival, Paris Virtual Film Festival, Sheffield DocFest, SXSW Virtual Cinema, or the Dutch Design Week, among others. 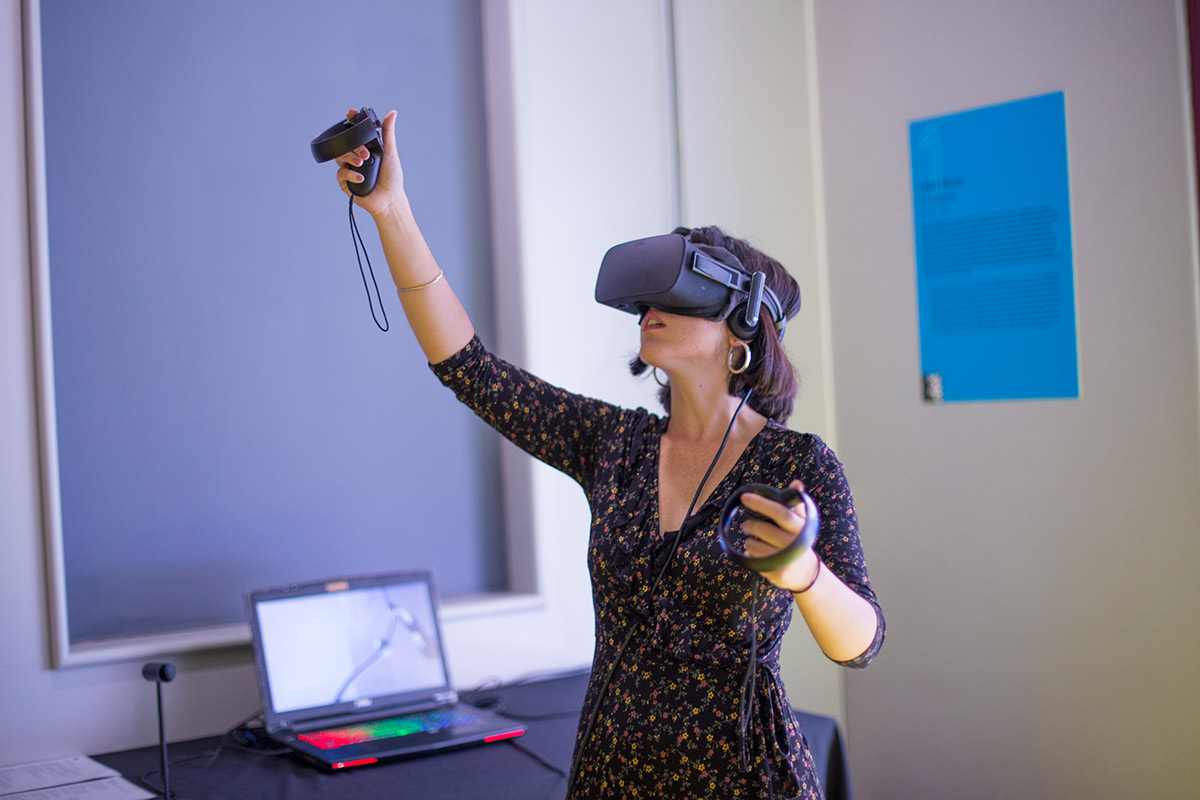