In her first ground-breaking photo essay, Wait Watchers, Haley Morris-Cafiero used her body as a field for sociological experimentation. The photographer, portrayed as a helpless tourist, provoked reactions of astonishment and disapproval among passers-by who were uncomfortable with the size of her body. In 2013 her self-portraits went viral. “I have received thousands of emails and comments from strangers who call me ugly, fat, sick and tell me that I should change or die,” says the Memphis author. Aware that photos cannot be removed from the internet, she was encouraged to come up with her next work, The Bully Pulpit. Morris-Cafiero analyses the photos that 24 of these cyberbullies use in their own profiles on social networks, then she disguises herself to look like them and in each self-portrait she includes one of the aggressive comments that they sent her. This fake look alludes to the false sense of security that the internet offers. Photographer, artist, provocateur and spectator at the same time, Morris-Cafiero forces us to reflect on visual representations of the female body and associated concepts such as beauty, acceptance, tolerance and cyberbullying.

Born in the United States, she is a graduate of the University of North Florida, where she earned a BA in Photography and a BFA in Ceramics. 2016 Fulbright finalist, she holds a MFA from the University of Arizona in Art. Part performer, part artist, part provocateur, part spectator, she explores the act of reflection in her photography. Her photographs have been widely exhibited in solo and group exhibitions throughout the United States and abroad, and have been featured in numerous newspapers, magazines and online including Le Monde, New York Magazine and Salon. Nominated for the Prix Pictet in 2014. Her monograph, The Watchers, was published in 2015 by the Magenta Foundation. Works as a photography instructor and lives in Belfast, Northern Ireland. 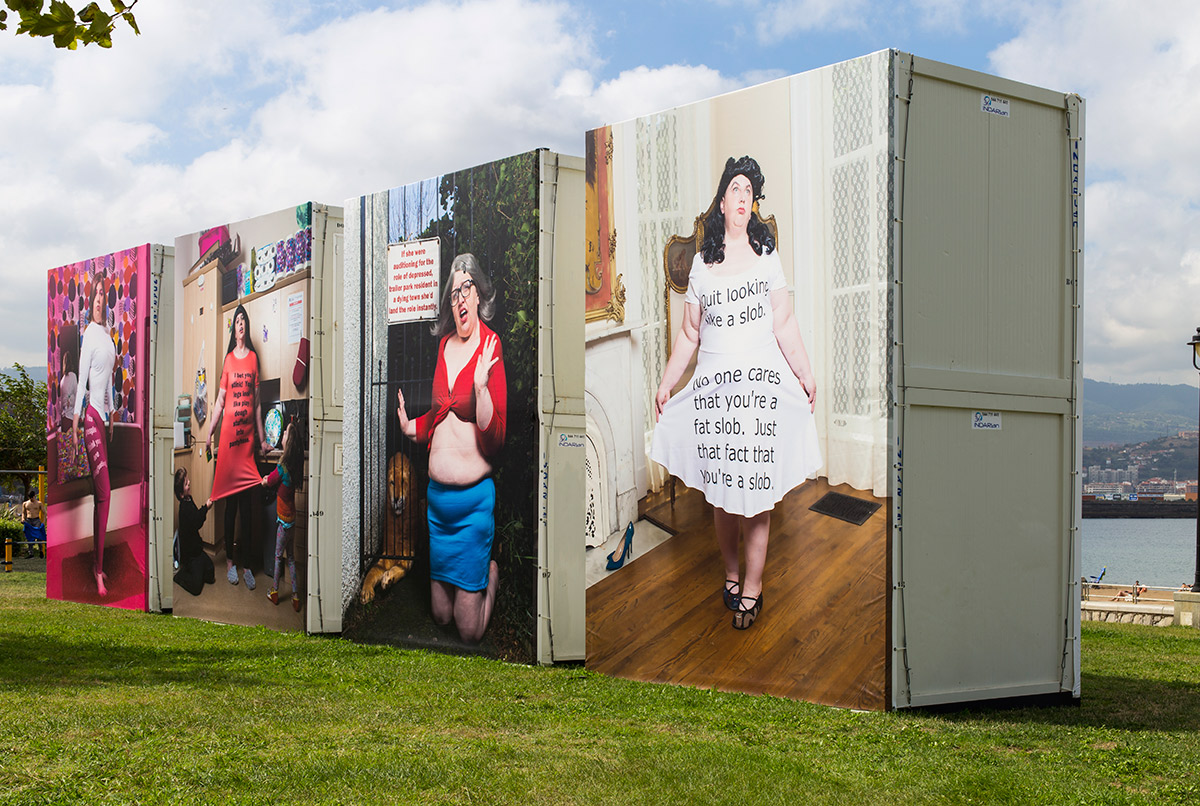