The starting point of this French artist is HyBrazil, a ghost island that has appeared in different places on nautical charts since 1325. There are numerous legends about this mysterious place, described as the cradle of an advanced society and hidden until today by the dense fog that surrounds it. In 1850 the island disappeared from all the maps. Julien Mauve decided to look for it and found it in Japan. The result of his research is a series of 21 images taken on the Island of Dragonflies. In a world that resembles Jurassic Park, humans seem to have disappeared, and only ruins remain, lost in the midst of the lush vegetation that lays claim to the place. The photographer portrays satellites emerging from the tops of trees; an aged silver ribbon that oppresses the treetops or electricity pylons that disappear into the dense forest. He has chosen dim lighting and a delicate palette of colours for the recurring themes of his work: silence, emptiness, darkness or loneliness, seen on this occasion from the perspective of the rise of new technologies.

Born in France in 1984. Visual artist based in Paris, creating cinematographic and narrative photography series dealing with human interactions and conditions. Awarded with prices such as the SFR Jeunes Talents 2013, the Sony World Photography Award 2016 and La Bourse du Talent 2018. He has published two books, L’Indifference des Étoiles (2016) and Titanic Orchestra (2017). He is represented by Galerie Intervalle in France and INTHEGALLERY in Denmark. 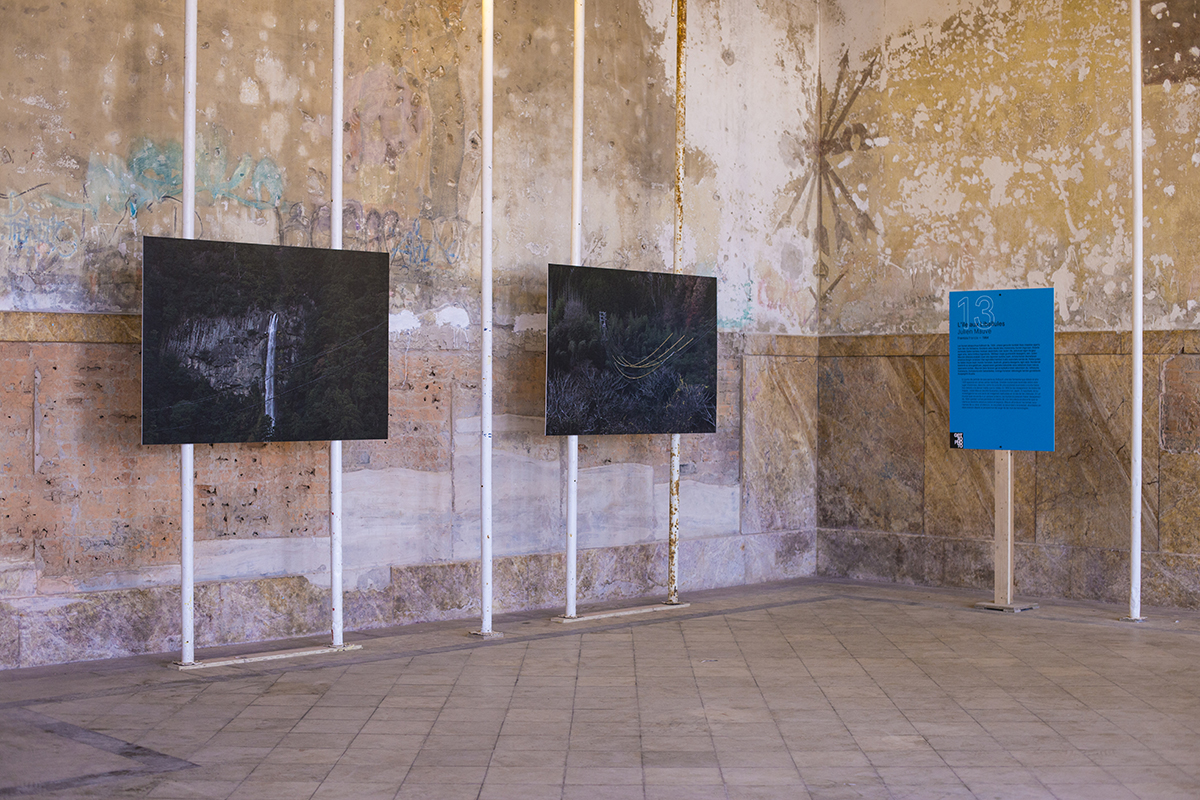