The Estampa group is participating in Getxophoto with two projects: 3409 Worker, which is physically installed at the Festival, and Smile! You are out of Camera, which is accessible on the Internet. Both proposals revolve around the way in which machines monitor and intervene in public spaces, making a polyhedral reflection about their impact on society.

The urban management and surveillance systems implemented as part of the Smart City concept were originally designed to attract capital, and have further increased the number of surveillance cameras and the sophistication of their images. The incessant visual flow that is produced requires processing and has exceeded human capacity; there are not enough eyes to see and give meaning to so many images. Today, machines no longer simply take photos but are also occupied with analysis, identification and labelling, creating a closed circuit of images created by and for machines.

3409 Worker reveals computer vision, the scientific discipline that uses computers to emulate the ability of human eyes and the brain to see and understand the world. In this video piece, the contemporary city is seen by an artificial neural network programmed to identify different elements of the urban landscape. The logic that the machine uses in its identification process becomes evident when framing, decontextualizing and enumerating what it recognizes: 30,344 people, 9,354 cars, 3,049 workers… It is an exercise that brings us closer to the method with which automated systems on city streets look at and assimilate the citizens who circulate in public spaces.

Smile! You are out of Camera also uses a computer vision system –programmed for the identification of objects– to analyse a live video feed coming from a camera on the streets of Getxo. This neural network constantly processes the feed but, unlike the previous work, it hides the moving objects under a white square. In this way, people, vehicles or animals that circulate in front of the webcam automatically disappear. In a hypervisual world, digital invisibility has become a privilege that few people have.

Estampa aims to subvert the use of control and surveillance tools shown in the 3409 Worker project to allow free movement of citizens, as in Smile! You are out of Camera.

Estampa is a group of filmmakers, programmers and researchers. His practice is based on a critical and archeological approach to audiovisual technologies. The group is made up of Roc Albalat, Pau Artigas, Marcel Pié, Marc Padró y Daniel Pitarch. They have done projects related to artificial intelligence tools. They have been selected in national and international open calls, and participated in diverse art centres with projects such as The Bad Pupil. Critical pedagogy for artificial intelligences (2017-2018), La Capella, Barcelona Producció; Latent spaces. Machinic imaginations (2018), scholarship for research and innovation in visual arts, Generalitat de Catalunya, presented at Sónar +D (2019), CaixaFòrum (2018), Interface Politics Congress (2019) and CCCBLab (2019); Deep Blue Rhapsody, presented at Kosmopolis 2019 and winner of the 2019 Letter Award; You have spoken to me…, a collaboration with visual artist Irene Solà (2019, SWAB); Estrafet. Eloquence and polyphony for neural networks (2019), scholarship for research and innovation in visual arts; Auspices (2019), UNZIP call; Speech success (2014), Interactive Haiku. Arte.tv and NFB; What do you see, Yolo9000? or Vomitorios (2019), commissioned by Soy Cámara, among others. 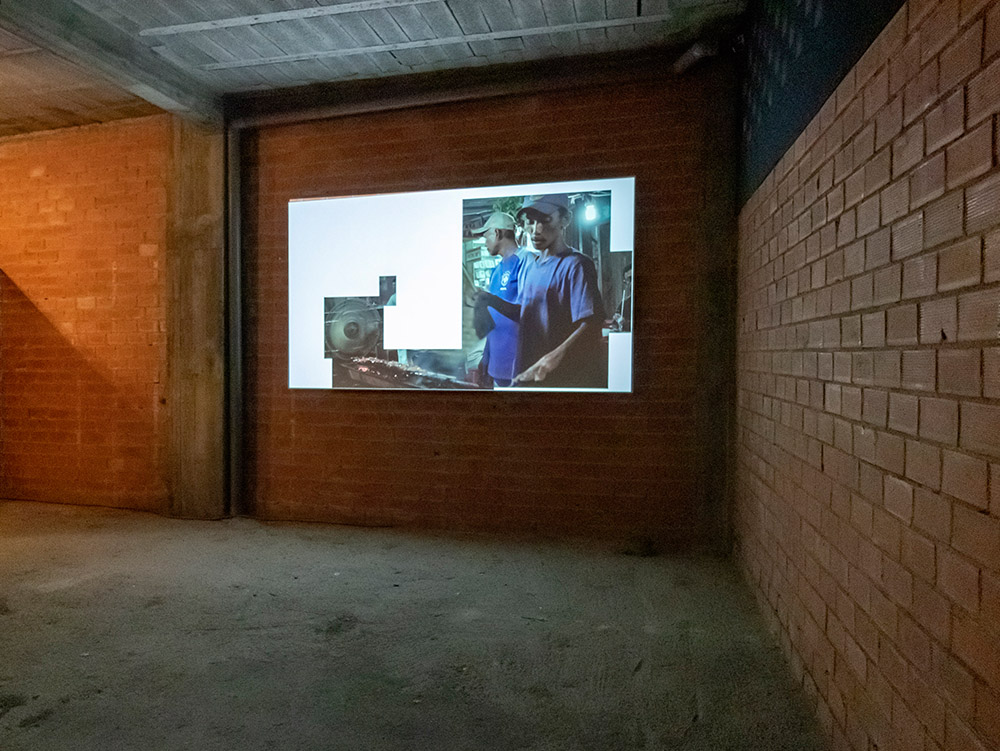