Ilyes Griyeb’s photographs show a group of workers from a fruit farm in Aït Ouallal, a small Moroccan town. The series shows the faces of the women in both traditional and modern clothing to protect themselves from the sun. Every year thousands of seasonal workers travel from Morocco to Spain to work picking strawberries in conditions described as inhumane in a 2020 UN report. The low wages, unhealthy accommodation, violent attacks and sexual abuses have been denounced by various organizations on repeated occasions.

Field work was considered an essential activity during the lockdown caused by COVID-19. While the majority of citizens locked themselves down at home, health, transport and food personnel, among others, had to continue going to their jobs. In the case of seasonal farm workers, the precarious working conditions and the danger of contagion came on top of border closures, which prevented them from returning to Morocco for many weeks. The serene faces of the women portrayed by Griyeb show up and vindicate the immigrant workforce which, as the pandemic showed, forms an essential part of Western society.

Ilyes Griyeb, Franco-Moroccan photographer, was born in 1989 in the south of France and currently works in Paris. He made his debut on the numerous round trips he made between Paris and Morocco. His first series, Moroccan Youth, was selected in 2016 by the Museum of Photography and Visual Arts as part of Photobook Morocco, presented at Offprint London (Tate Modern). In his work, Griyeb reflects the boundaries between tradition and modernity and delves into the details of the daily life of working pleople. 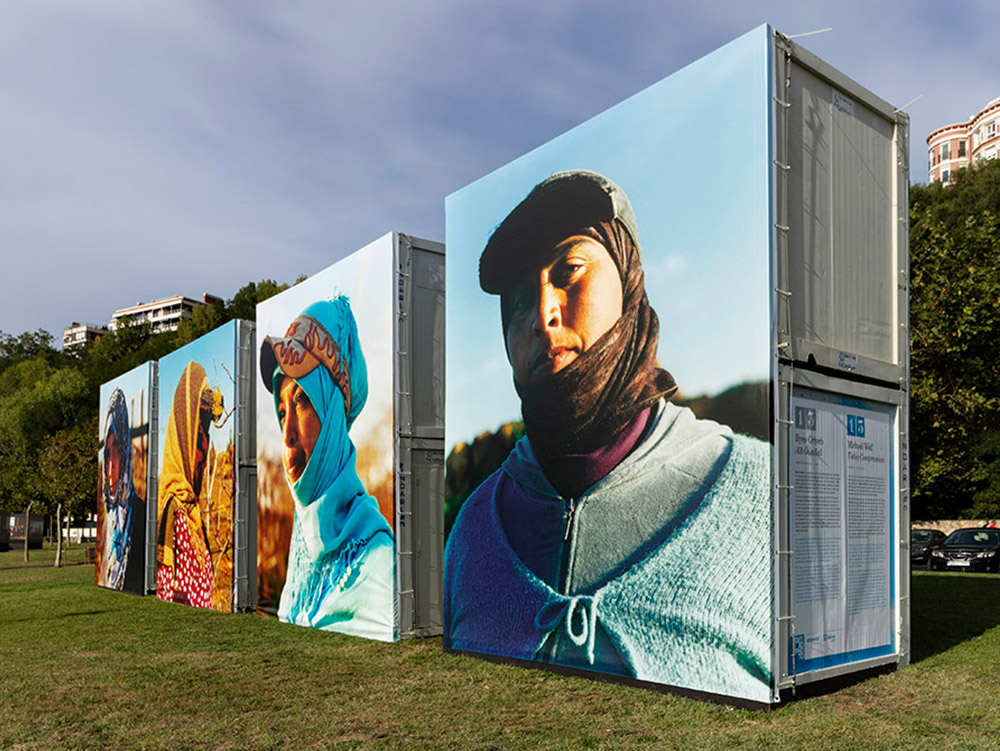