According to the National Statistics Institute, each Spanish person generates more than 480 kilos of rubbish a year, and this has a great environmental impact by destroying natural resources and polluting the sea, land, air, flora and fauna. Despite the drive and investment in the recycling industry in recent years, most of the waste we produce continues to end up as landfill, making awareness of reduction and reuse essential, in addition to recycling itself. However, despite the efforts of independent and governmental initiatives, we humans continue to produce waste in disconcerting amounts.

The Waste Wastes project, premiered by the German collective Mentalgassi at Getxophoto, addresses a topic as serious and complex as that of waste. To do this, they make each person’s rubbish production visible, by fixing faces on bags scattered around the streets of the city. The trio of street artists, with a long history in urban intervention, focus their attention on one of the fundamental environmental problems today, emphasizing the large amount of waste that each person generates every day.

Mentalgassi is a collective formed by three artists that was set up in Berlin. They derive their inspiration from the group, in a process of constant mutual feedback. The result? Urban art that unfolds before the spectator’s eyes. They are engaged in urban intervention, creating original approaches from images that they use for their actions and which are made using scissors, cutters and anything that can be printed. Employing the paste up technique and powerful images, this group transforms street furniture, recycling skips and round architectures  into urban elements that arouse sympathy and spark off emotions. Through their creative concept of turning “monotone cities” into places of more fun –even when addressin serious topics–, Mentalgassi manage to get through to ordinary people, involving them in their surroundings and allowing new interpretations. As well as having a presence on the streets of Berlin and other Europe cities, they took part in different Festival over the last 12 years, and this is the fourth time they visit Getxophoto. 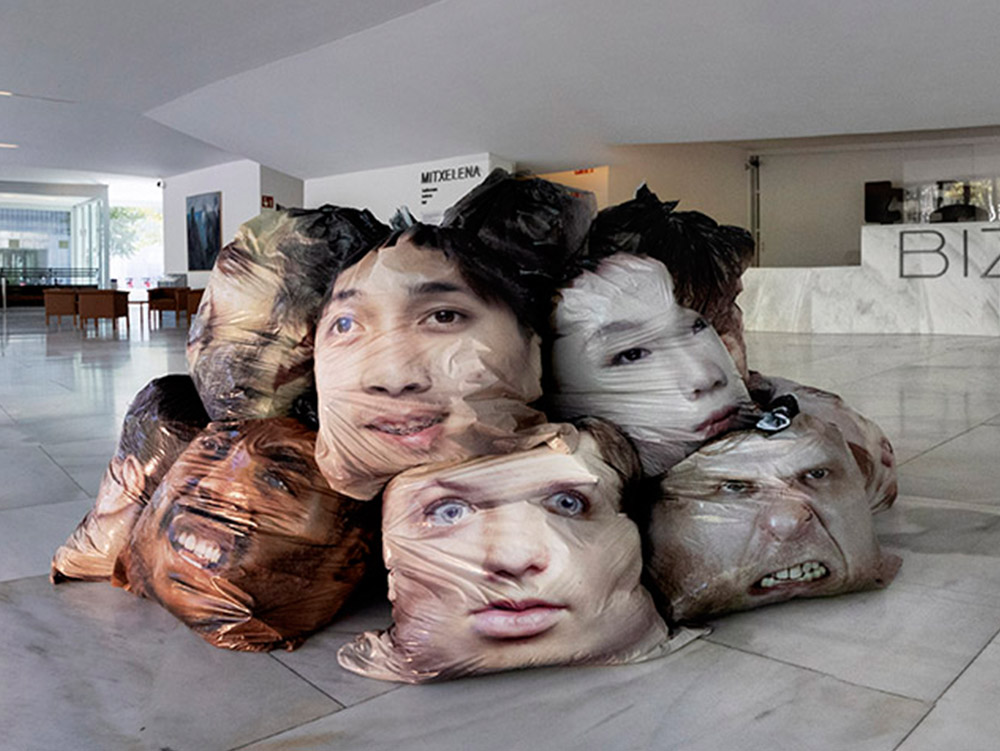