The series of photographs in Les intruses inverts the social roles assigned to men and women by making the prevailing gender imbalances in the public sphere visible. Despite the advances that feminist movements have made over the years, one aspect as essential in coexistence among equals as the occupation of public spaces continues to be predominantly male.

These images were taken in bars, metro stations and common places that can go unnoticed on a day-to-day basis, creating choreographic stagings that invite you to stop and look at what is happening there. The work aims to study the shared spaces and territories and the use that their inhabitants make of them, since they operate as a reflection of the predominant cultural and social identity of each community. Substituting women with the gestures, attitudes and actions that men usually use, Maroufi’s work shows the unequal pre­sence and occupation of the streets of cities like Paris, the setting for this series of photographs. 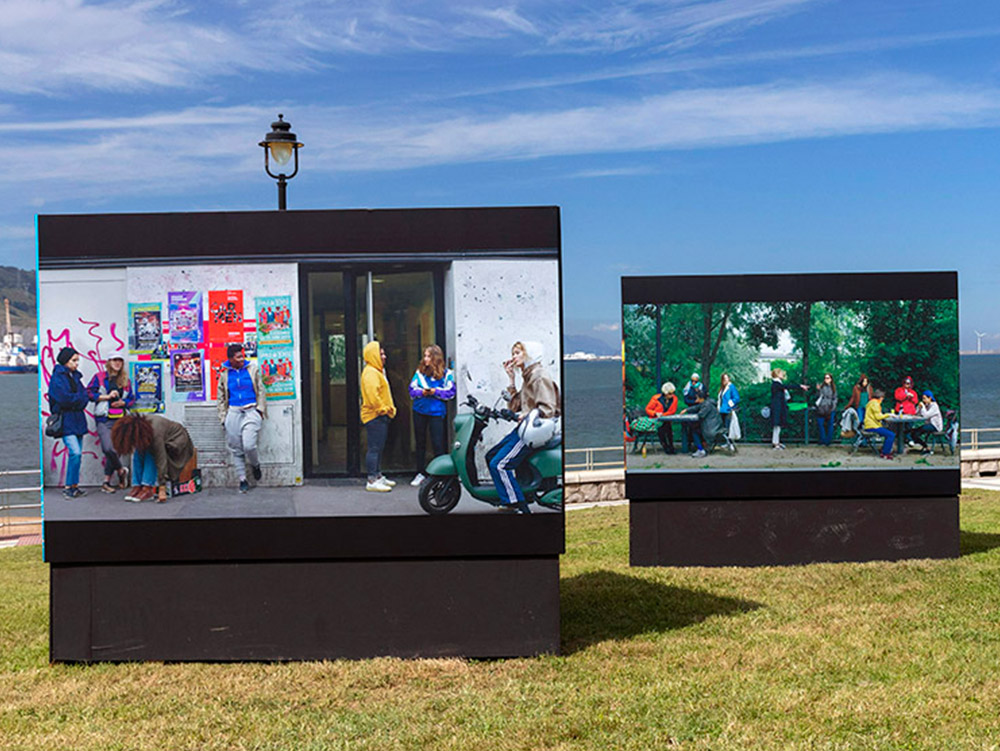