Inspired by an image from the family photo album in which her mother appears working as a market vendor in Lomé (Togo), Silvia Rosi builds narratives that deal with immigration and the diaspora through performance and self-portrait.

Carrying things on the head is a skill traditionally transferred from mother to daughter that Rosi has learned and does; it forms the basis of this work, which tries to recover a practice she lost through migration and her European identity. Starting with the image of her mother as source and muse, the series of photos, texts and videos builds a story that goes from the personal to the universal. At a time when identity issues are very much part of the political debate, Encounter explores new forms of storytelling that expand the aesthetics of the West African studio portrait through the use of props and backdrops.

Encounter is a tribute to the family album and a reflection on identity that aims to recover and reconnect ties and traditions that have been forgotten because of migration and physical and temporal distance.

Born in 1992 in Scandiano, Italy, Rosi is a Togolaise/Italian artist based in London. She graduated from London College of Communication. Through photography and the use of self-portrayal she explores the idea of origins. Her work has been awarded with the Michael Wilson Award 2016, Jerwood/Photoworks Award 2019 or LensCulture Portrait Award 2020, and exhibited in solo and group exhibitions in Pingyao International Photography Festival, 1-54 Contemporary African Art Fair, or Jerwood Space and Borough Road Gallery in London, to name a few. This exhibition is made in collaboration with PHmuseum and Encounter is one of the awarded works of their Photography Grant. 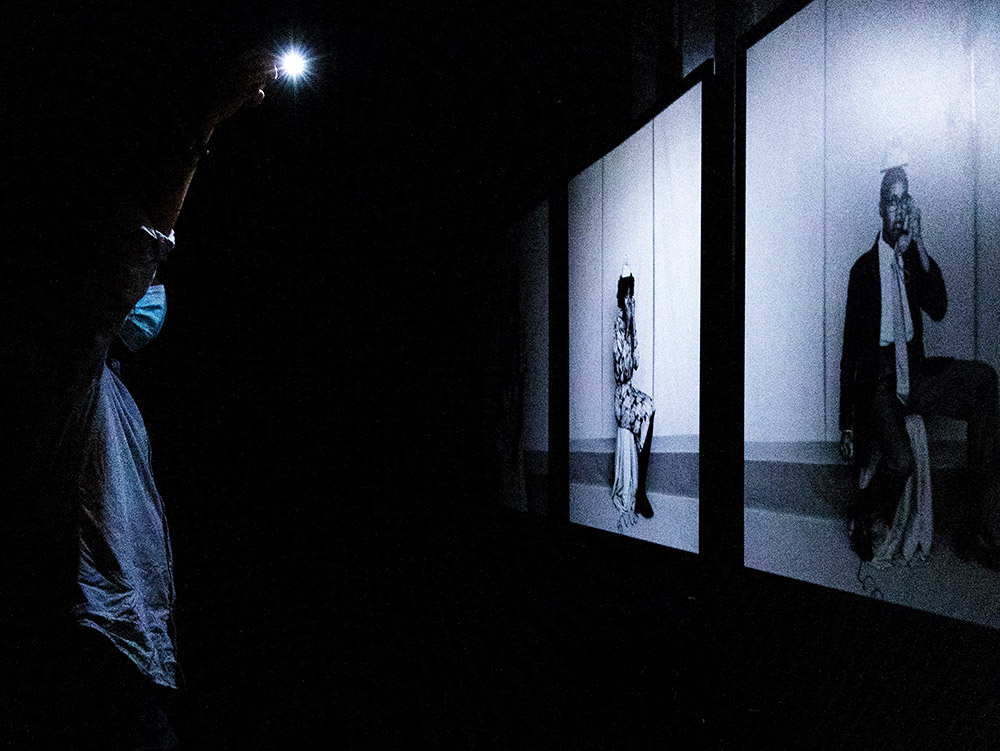