T4BU Thanks for being you

The Thanks for being You (T4BU) app, developed by artist and researcher Victoria Ascaso, revolves around public exposure exploited by social media. Through this participatory project, she investigates the new role of mobile phones as devices for the production, circulation and consumption of privacy.

Once downloaded and installed, T4BU randomly records what happens on the phone screen and stores this information. The recordings file is shared with all those who are also using the app, creating a digital exchange of intimacies and gazes.

The construction and retransmission of life in the first person through social networks has become a fundamental form of social interaction. Ascaso’s work delves into the hypervisibility with which identities are built on the Internet, and stresses the delegation of decision-making by machines and their creators, since it is the app itself that randomly decides what to record. In a technological gesture that reflects on the performativity of the private space through mobile phones, T4BU also seeks to raise awareness about the gaze of others.

She was born in Zaragoza in 1986 and she currently resides in Bilbao. She is PhD student in Contemporary Art Research at the University of the Basque Country, coordinates the Fem Tek program with Blanca Ortiga and is part of the Prekariart research group. Her projects are generally transdisciplinary, performative and participatory. With them she reflects on the social uses of technology, intimacy, desire, and the way in which interpersonal relationships happen when mediated by technological devices. 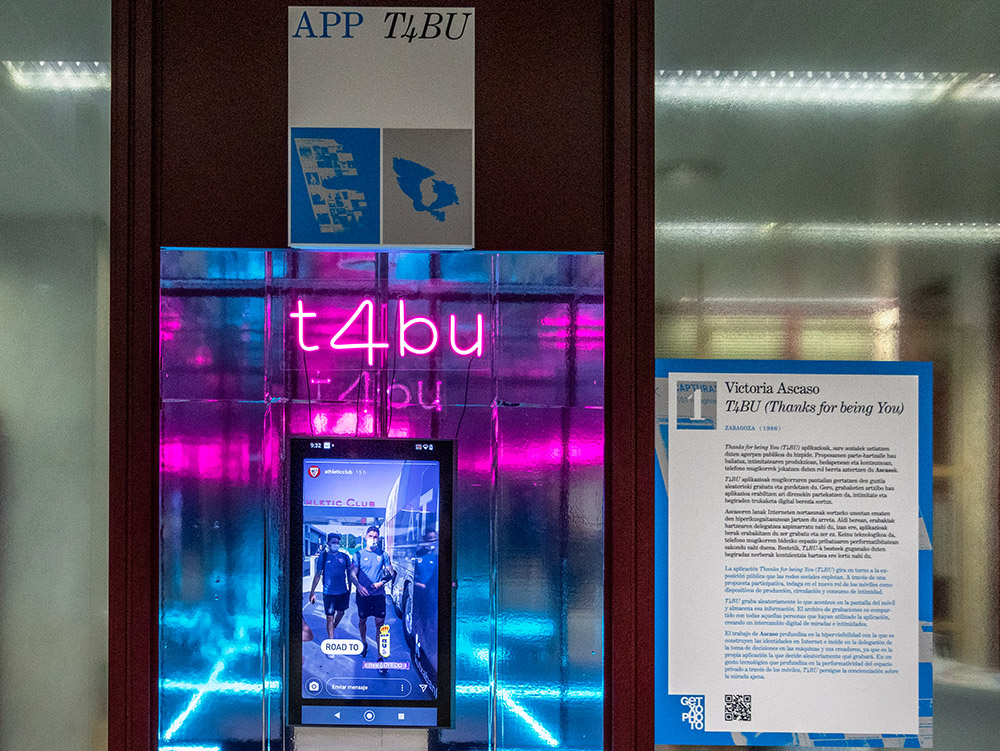