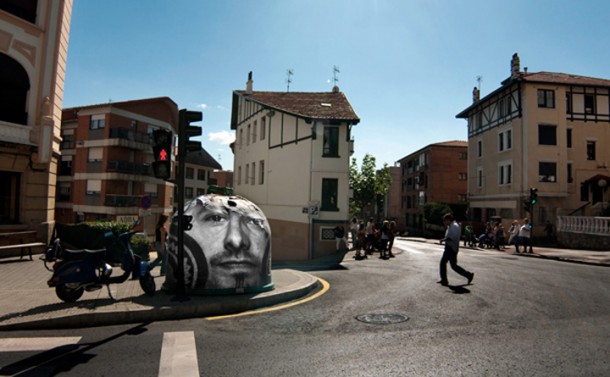 Mentalgassi is a collective of three artists that was set up in Berlin. They derive their inspiration from the group, in a process of constant mutual feedback. “A light goes on in someone’s head and the rest, as a group, carry on developing the idea.” The result? Urban art that unfolds before the spectator’s eyes.

They are engaged in urban intervention, creating original approaches from images that they use for their actions and which are made using paper and scissors. Employing the wheatpaste technique and powerful images, this group transforms traffic signals, recycling skips and ticket validating machines into urban elements that arouse sympathy and spark off emotions. Through their creative concept of turning “monotone cities” into places of more fun, Mentalgassi manage to get through to ordinary people, involving them in their surroundings. As well as having a presence on the streets of Berlin and other cities, they took part in the Art Basel Fair in Miami, and also in Getxo. 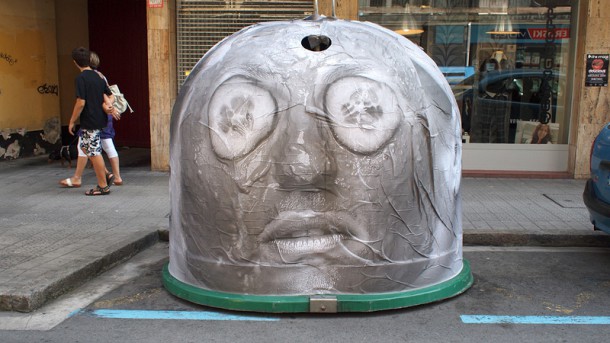 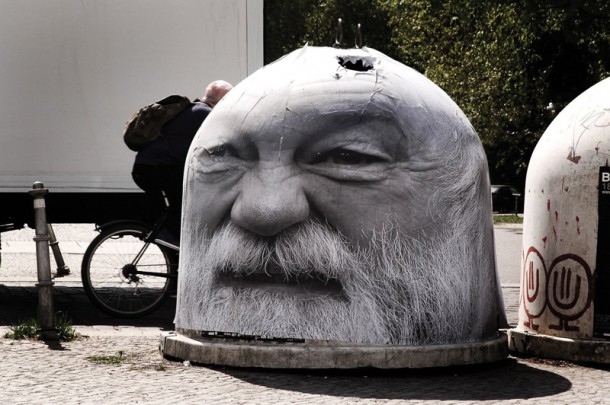 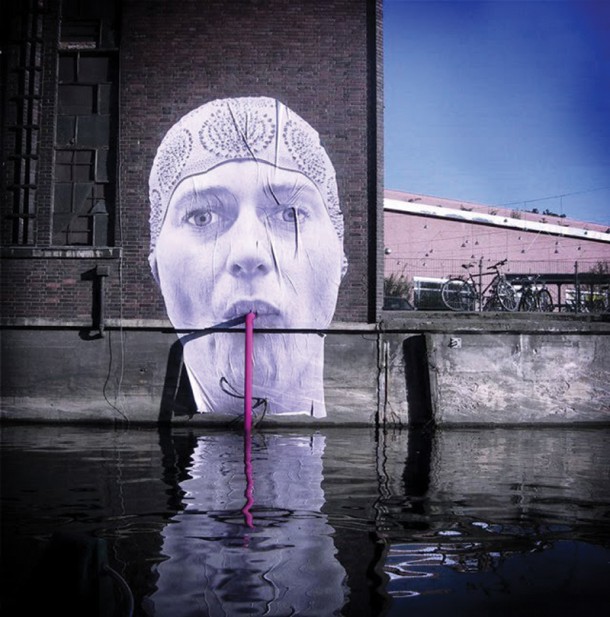