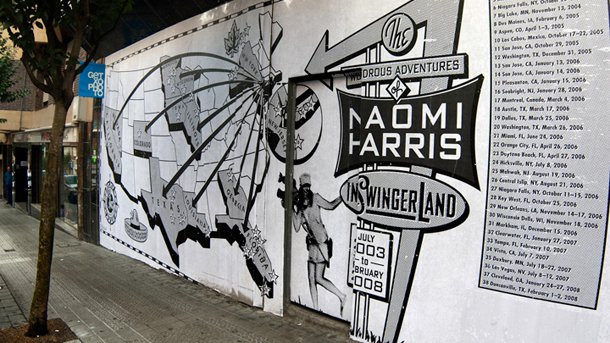 Born in Toronto, Canada, in 1973 and studied at New York’s International Center of Photography. Her photographs have been published in media publications including Fortune, Flaunt, Life and Heeb. She likes to knit, sing in karaokes and frequent nudist beaches, all of which would normally be irrelevant information about a photographer, whereas in Naomi’s case it helps to understand her work better. Lives in New York with a couple of cats.

Her work America Swings is the result of a number of years travelling to different towns in the United States searching for swingers, people who engage in partner swapping sessions, group sex, lone sex, beach sex: in a word, sex. Ordinary folk with a sex life that is out of the ordinary. The way she charts this activity is very close up, almost extreme, often working with only her shoes on and a tool belt to hold her camera gear. She is on the inside. And that proximity takes us into a world that is for some decadent and for others fascinating. Another product of the consumer society, which has turned sex into an activity on a par with barbecues. Taschen has published two limited editions of America Swings, one of them accompanied by original photographs. 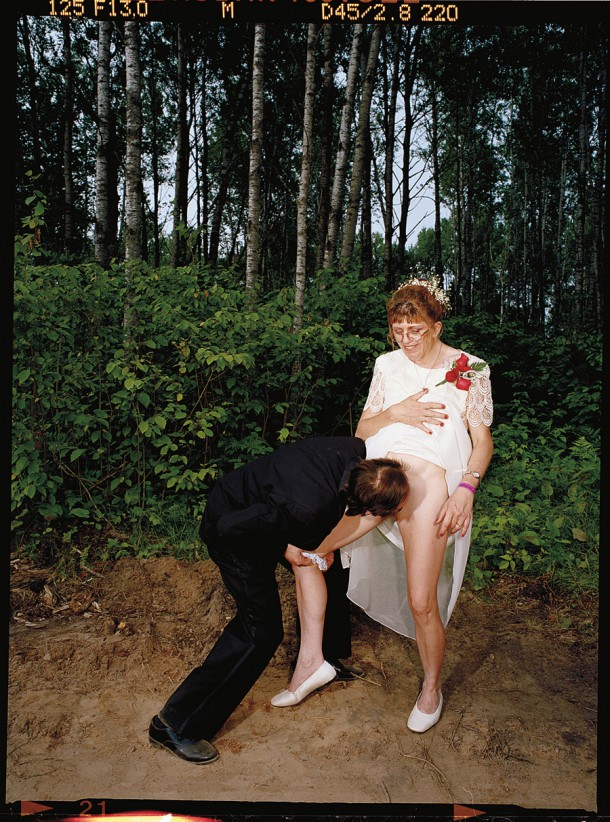 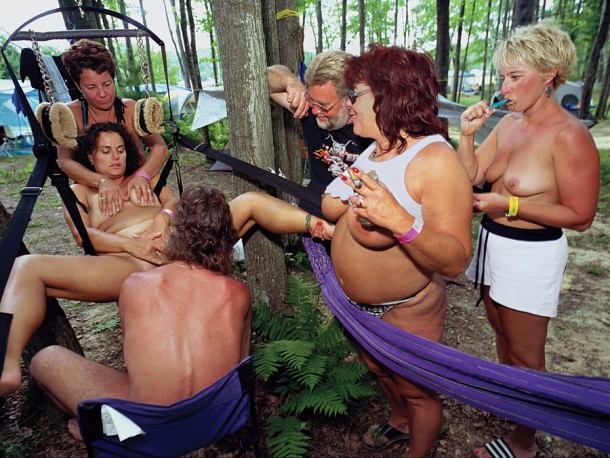 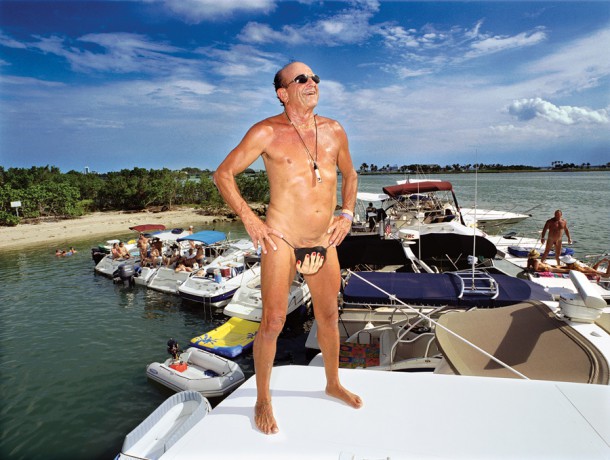