Born in Canada, works as a photographer and art director. In the latter capacity Jonathan has been involved in several audiovisual productions. He was the production designer on the film The Maiden danced to Death (2010). This relation with the art world and film production is clearly reflected in his impeccable staging in the creation of his photographs. There are always iconic, literary, cinematic and popular references, on a journey to explore the darkest side of children’s imagination.

The pictures in his series In the Playroom constitute a narrative metaphor for the space where children build their own universes, or the stage where, through the experiences they store away in their day to day, they represent and assimilate the information that will help them understand the world they live in. Jonathan has updated the popular imaginary that feeds their games with everything we adults insistently strive to keep at a remove from what we deem to be their weak naive minds: the daily news that the media pump out in real time. These are new fairy tales and play is the method whereby children process information. And that information has drastically changed, for it is no longer made up of witches and goblins. Now it’s about terrorists and models. 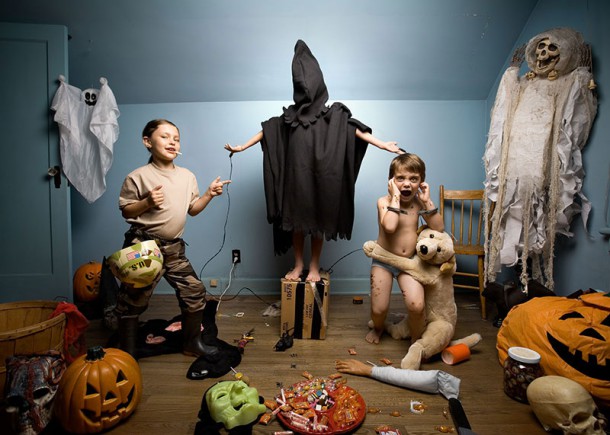 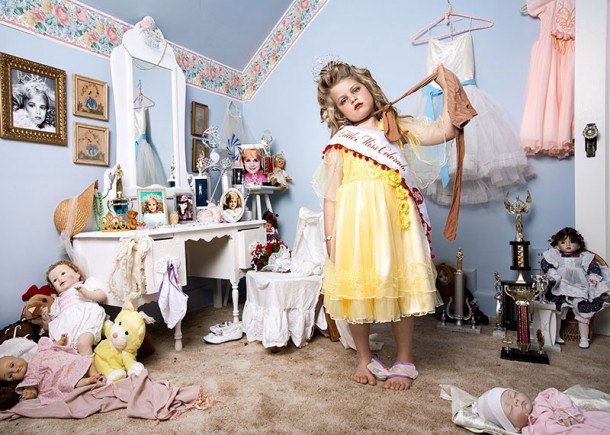 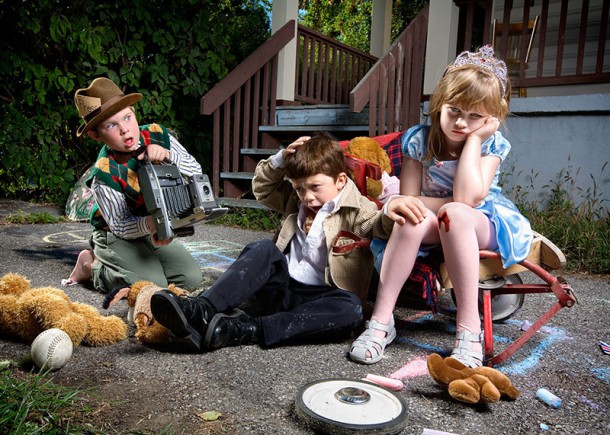 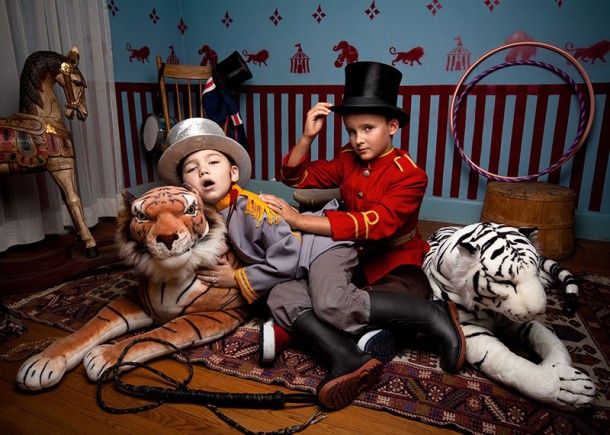