The report of a rape of a minor by four police officers in Mexico City sparked outrage by Mexican feminist movements in August 2019. A series of protests under the hashtag #NoMeCuidanMeViolan (They don’t protect me, they rape me) were held, speaking out against sexual violence by the security forces in various Mexican cities, where levels of sexist violence are high. The monument to Independence, popularly known as El Ángel, was covered in graffiti by women expressing their anger.

Nuestra Victoria starts with a detailed photographic record –through photogrammetry, a technique that creates three-dimensional spaces from photographs– of the sculpture, before it was restored. The result is a 3D model that can be freely downloaded both from the artist’s website and from the Getxophoto website. In a country where the vast majority of women declare that they do not feel safe when they go out, Julieta Gil’s work documents, preserves and circulates the spontaneous intervention of an emblematic monument of public space as well as an expression of a historical moment of protest, vindication and feminist struggle.

Julieta Gil (b.1987, Mexico City), holds an MFA from UCLA Media Arts, and BArch from Universidad Iberoamericana, Mexico City. Her work oscillates between physical and digital space. Computational media is rapidly evolving and becoming ubiquitous and influential in our everyday life. Digital life is as real as any other kind. She is interested in inquiring into what our experience may be when these simultaneous realities form and interact with each other, creating objects, video, images and other narratives that reflect upon our past, present and future. 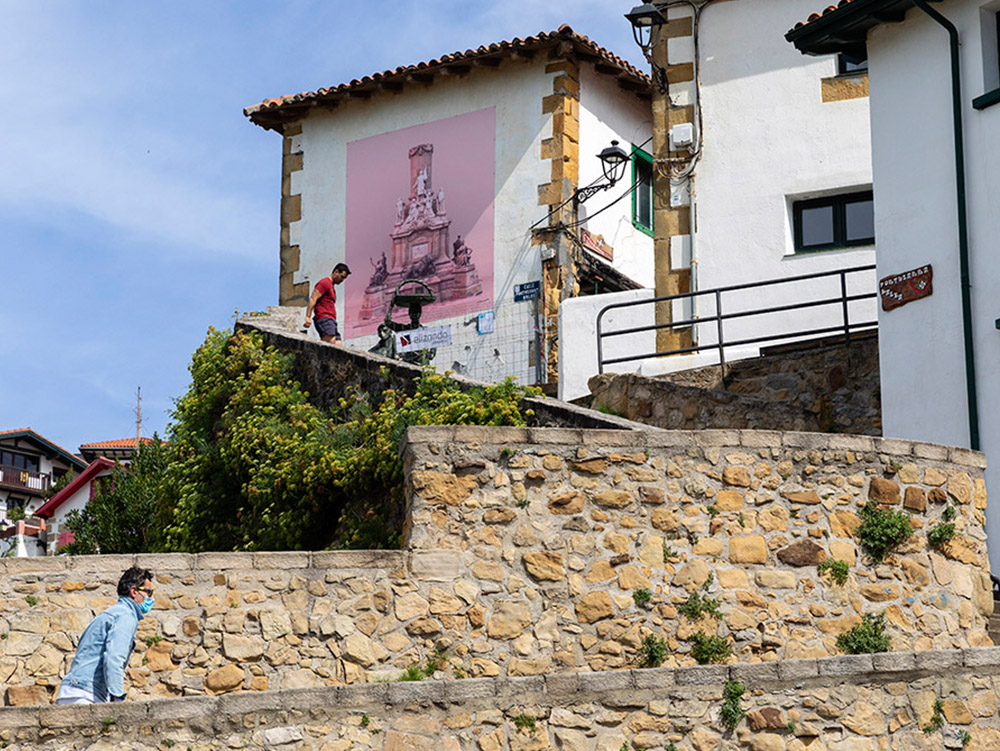