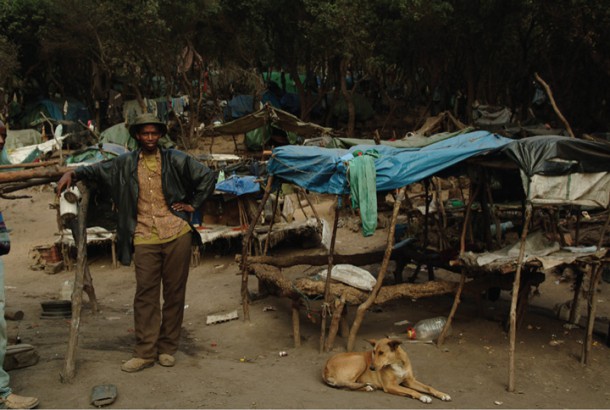 Sergio Caro got the news of having won the Ortega y Gasset Award in a Sahara refugees’ camp. The awarded picture shows two handcuffed Sub-Saharan refugees in the bus in which they were moved with more than a thousand Sahara compatriots. Caro took a picture of the dramatic and inhuman situation of the immigrant people who tried to cross the fence in Ceuta. In 2005 he went away from the area where the photographers were concentred to follow the track of MSF (Doctors Without Borders), who had alerted the journalists that the immigrant people “were being abandoned in the middle of the desert” in the border between Morocco and Argelia.

“Hamad Shambo saw his younger brother die and he could do nothing. «(…) I carried him for a long while through the desert, until I was exhausted. Then my friend carried him. He died in front of our eyes. Burying him? There was no time. The Morocco people were after us. Yesterday they shot us and killed one of us of a shot in the side. We had no water or food. He had to leave my brother there, in the middle of the desert», explains this 23-year-old Cameroonian boy. (…) The road that links Ouarfa with Bounane is a trail of tragic stories and deaths. The Sub-Sahara people that Morocco abandoned to his own luck in the middle of the Sahara desert, close to the border with Argelia, walk across it. They had been captured in the surroundings of Ceuta and Melilla. (…) They were left in the middle of nowhere. In total, they were more than eight hundred. The ones we met are the strongest ones; the ones who had managed to get to the road. They bring the stories of the ones who couldn’t resist and were lost on the way. Many of them don’t know where they go, or even where they are.”
David Beriain, La Voz de Galicia.

Sergio Caro was born in Madrid in 1977. At the early age of 20 he started his career as photojournalist in the news agency EFE, in which he still collaborates. He has worked for several publications including El Periódico de Catalunya and the magazine Rolling Stone. He has been awarded with important prizes such as The European Newspaper Award, Visa d’Or of Visa pour L’image and the Ortega y Gasset Award. Currently he is working as a freelance photographer. 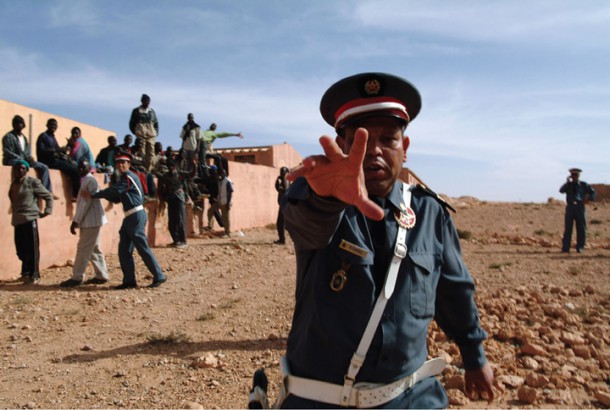 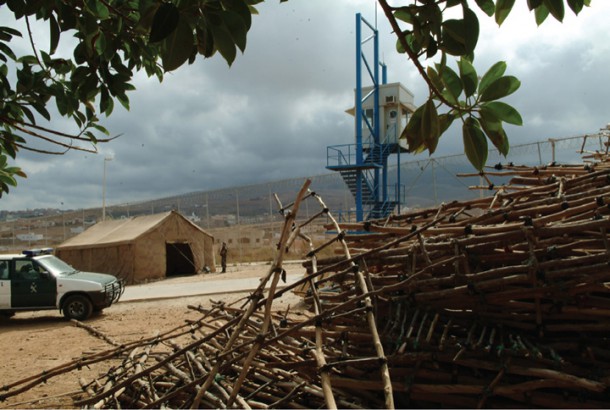 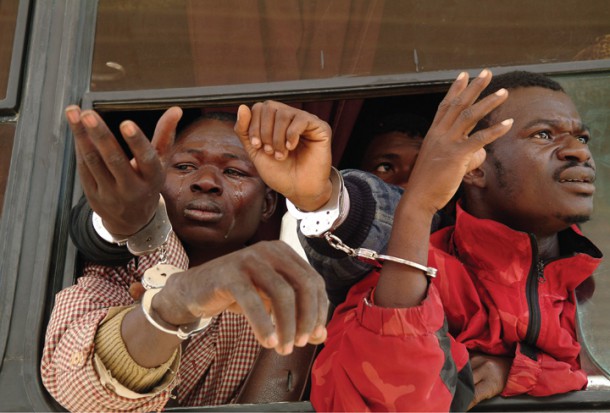 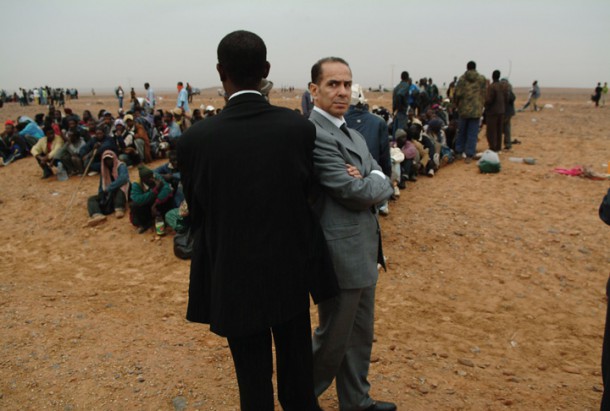