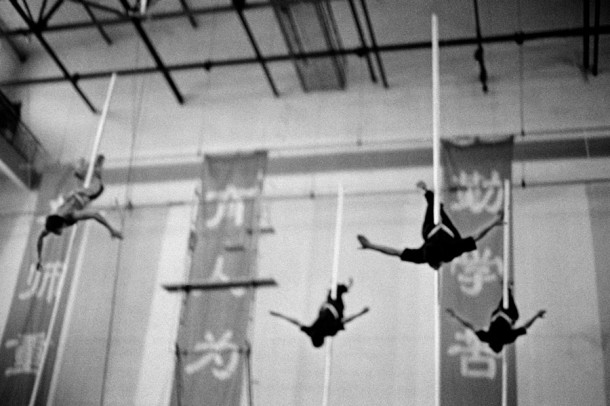 He was born in 1972 in Porriño, Pontevedra (Spain), although he’s lived in Madrid most of his time. He’s got a degree on Agricultural Engineering though he’s never worked on it as he dedicates to photography and is a member of the Nophoto collective. Since 2002, China is the only issue of his work. In 2007 he got the Ángel of Photography Grant for the development of the Wuhan project. Nowadays he lives in Wuhan, province of Hubei, China.

In his series Radiochina, Jorquera uses visual interferences –unsettling or disturbing noise– to transform our perception through effects that are not usually used to represent reality. In China movement is incessant. Millions of workers move around following the steps of megacities and their transformation, which are restlessly demolished and constructed overnight, culminating in a floating reality. He accepts his inability to embrace and understand the world of China. He cannot describe its reality, for he requires fiction to steady himself and achieve his objective.