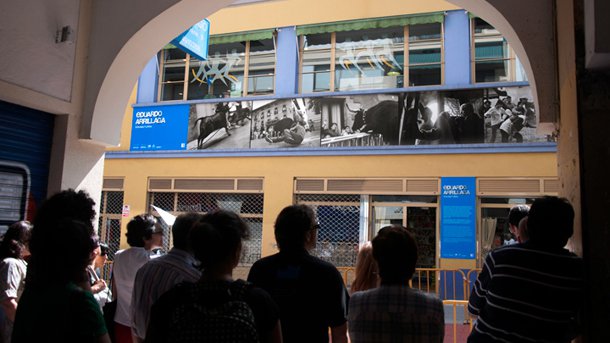 Born in Elgoibar in 1966. Received his first camera at the age of 14 and at 15 discovered the world of dark room developing. Studied Image and Sound, and Photography in Barcelona. Is a member of the photography collective Ongarri in Elgoibar. Collaborates with the printed media, including El Diario Vasco, La Vanguardia and El Correo. Also works with the NGO Veterinarians Without Borders.

Sokamuturra is –despite the risks involved, or perhaps because of them– the most widely popular entertainment in many patronage festivals, in some of which it is known as el toro de cuerda, or the roped bull. Over ten consecutive years, Eduardo Arrillaga has photographed the sokamuturra while running in front of the bull, being shoved and elbowed, and paying the price with a series of broken cameras. In his photographs Arrillaga has recorded both the sweetest moments and the most dreadful gorings. But, going beyond the anecdotal tumbles, he has perfectly captured tension transformed into smile, the smile of fear. Eduardo offers us a direct photographic language, full of intensity and passion. 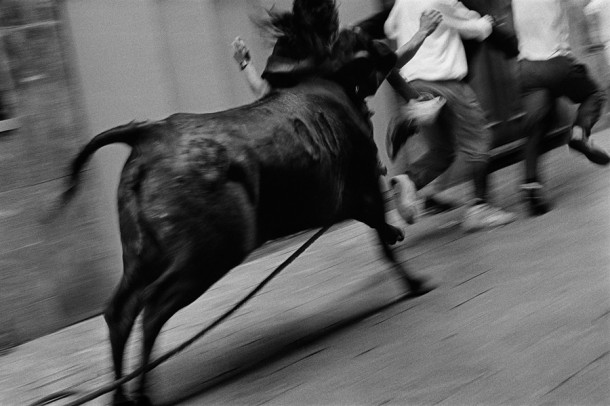 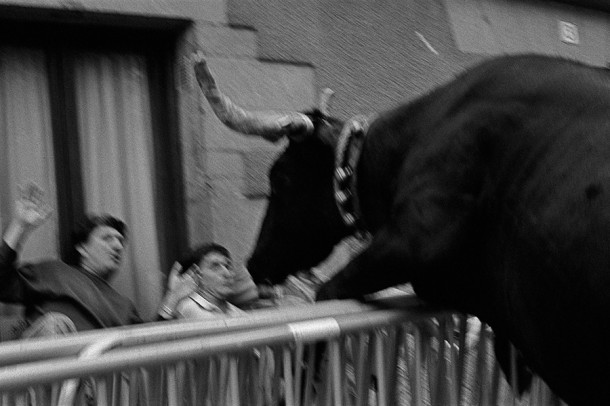 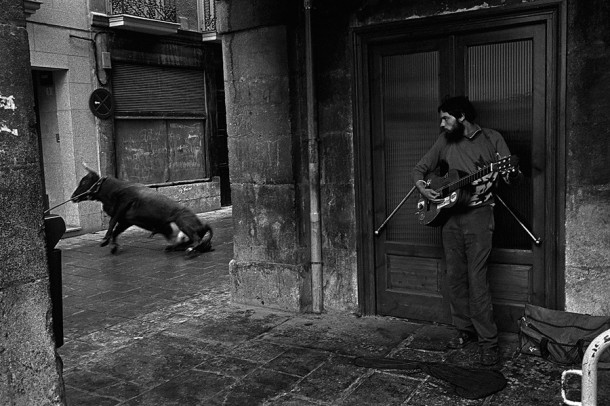 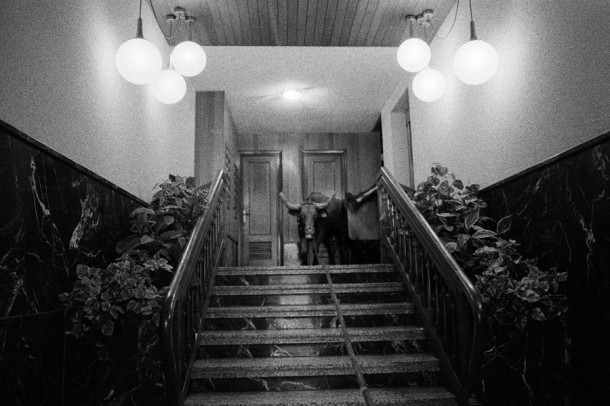 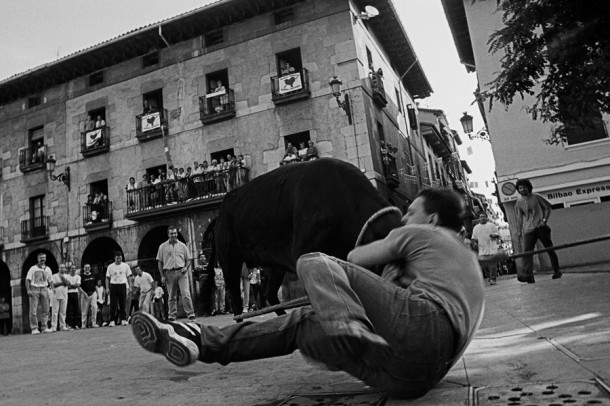 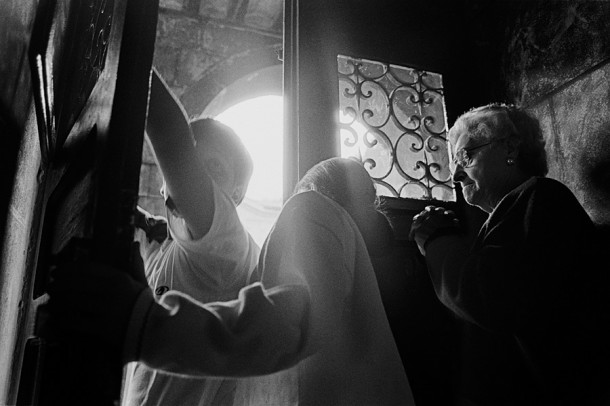