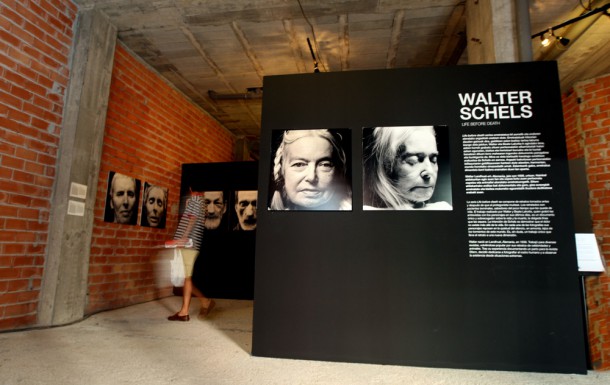 Born in Landhust in 1936. Went to New York in 1966 and became a photographer. Returned to Germany in 1966 and worked for different magazines, becoming popular for his portraits of celebrities and animals. After his experience documenting a birth for the magazine Eltern, he decided to photograph the human face and to observe existence through extreme situations. Walter is a member of the Freie Akademie der Kunste in Hamburg, and honorary member of the Association of Freelance Photo Designers (BFF) and Hasselblad Master (2005).

The series Life before death is composed of portraits taken before and after the person depicted has died. The subjects are terminal patients, aware that little time is left for them to live. The work produced by Walter and by Beate Lakotta, who recorded interviews with these persons over their last days, is a unique and moving document of life and death, of the thin line that separates them. Schels’ intention is to show that pain does not exist beyond life. In each of the photographs, his characters repose in the quietude of silence, in harmony, far from the torments of this world. It is, unquestionably, a singular work that takes the portrait to a new dimension.