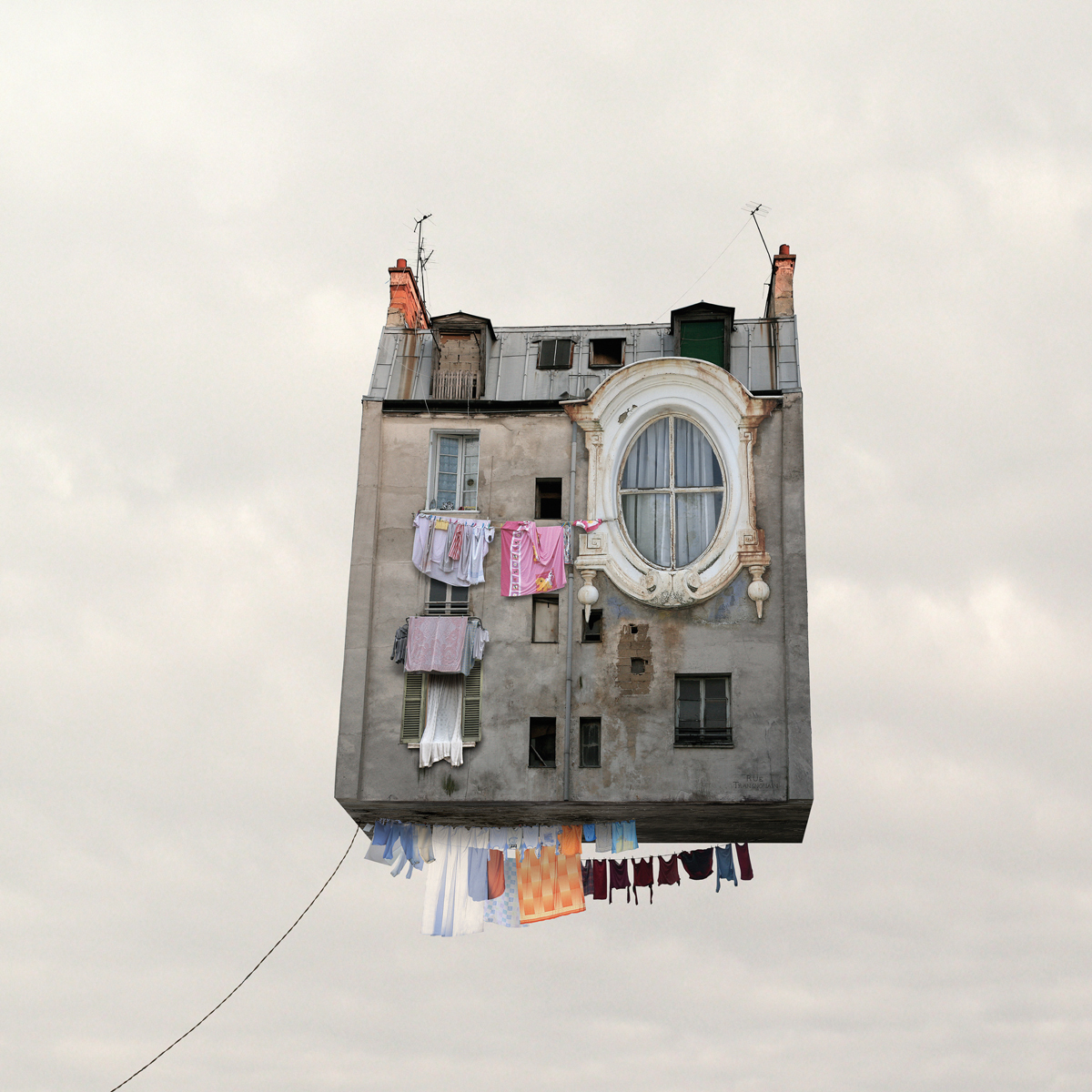 The houses have taken flight. They may not be “proper houses”, but actually photographs of buildings in the old popular Paris of Belleville and Ménilmontant which inspired the black and white photographs of Willy Ronis, Edouard Boubat, Izis and Robert Doisneau and the words of so many poets, beginning with Jacques Prévert, whose songs and poems set to music resound as they are sung in neighbourhood lounges and cafés. Laurent Chéhère seeks refuge without nostalgia but with tenderness in the Paris that disappeared or is on its way out and from which he chooses buildings that he isolates, lending them autonomy and lightness. They are at liberty and the author makes them float while tethered to electric or telephone cables that seem to connect them with a town detached from the visual field. Each of these “houses” makes up a story packed with details, mementos, signs, traces of the past and the presence of their current residents. The tales contain references from filmic fiction; humanist films of joy, with characters both moving and gruesome. “I built these houses in line with my desires building into them a dimension that is at times documentary, personal or aesthetic; a tribute to an old missing Paris, to architecture, photography and the cinema”.

Born in 1972 in Paris, he gave up the world of advertising for his two passions, travelling and photography, and began to explore neighbourhoods, cities and countries from all over the world. His personal work runs from reporting to conceptual photography. He has been selected at the Pingyao Festivals in China, and at the Fotofever Art Fair in Brussels and the Art Fair in Paris, among others. In addition he has exhibited in Germany, Guatemala, Belgium and Brazil. 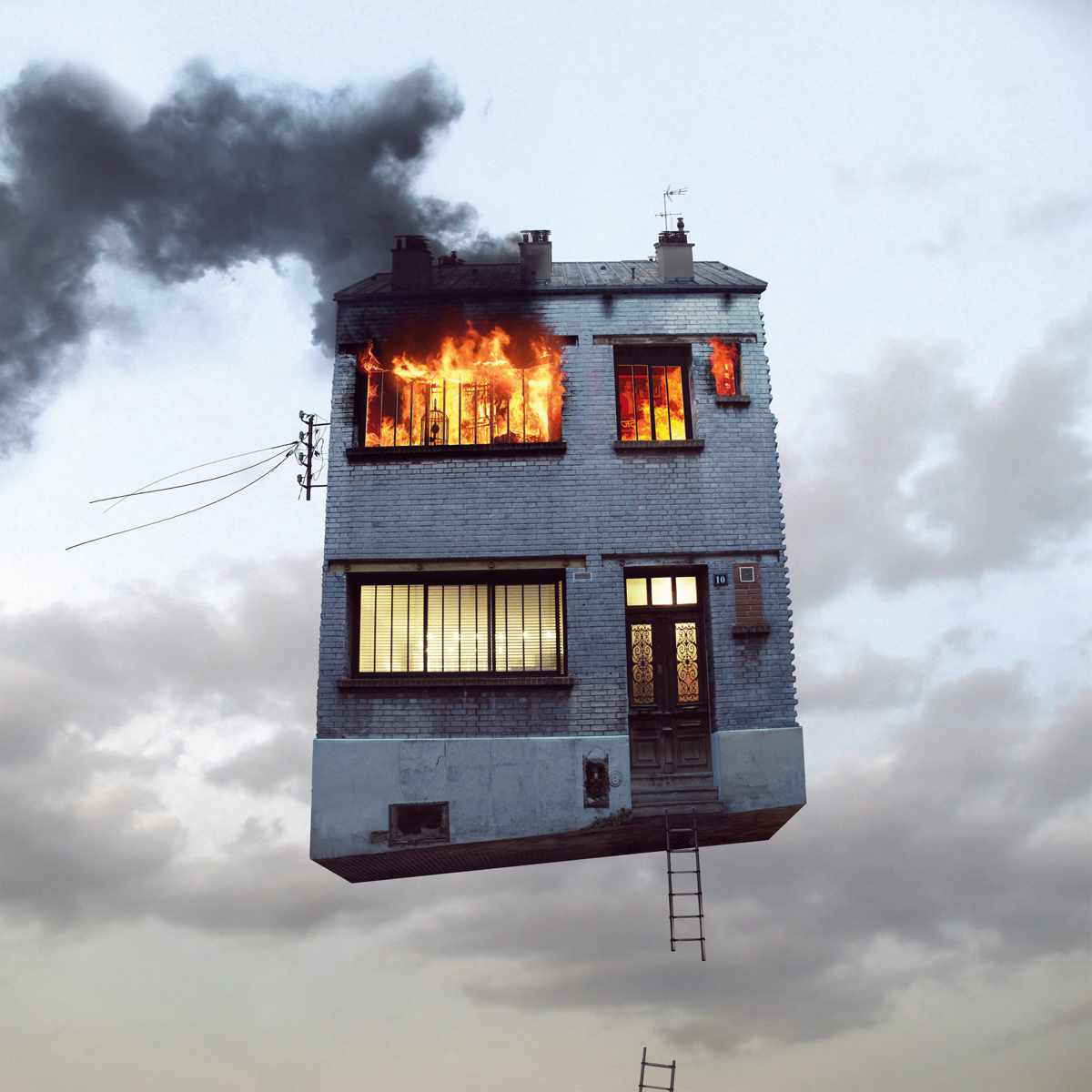 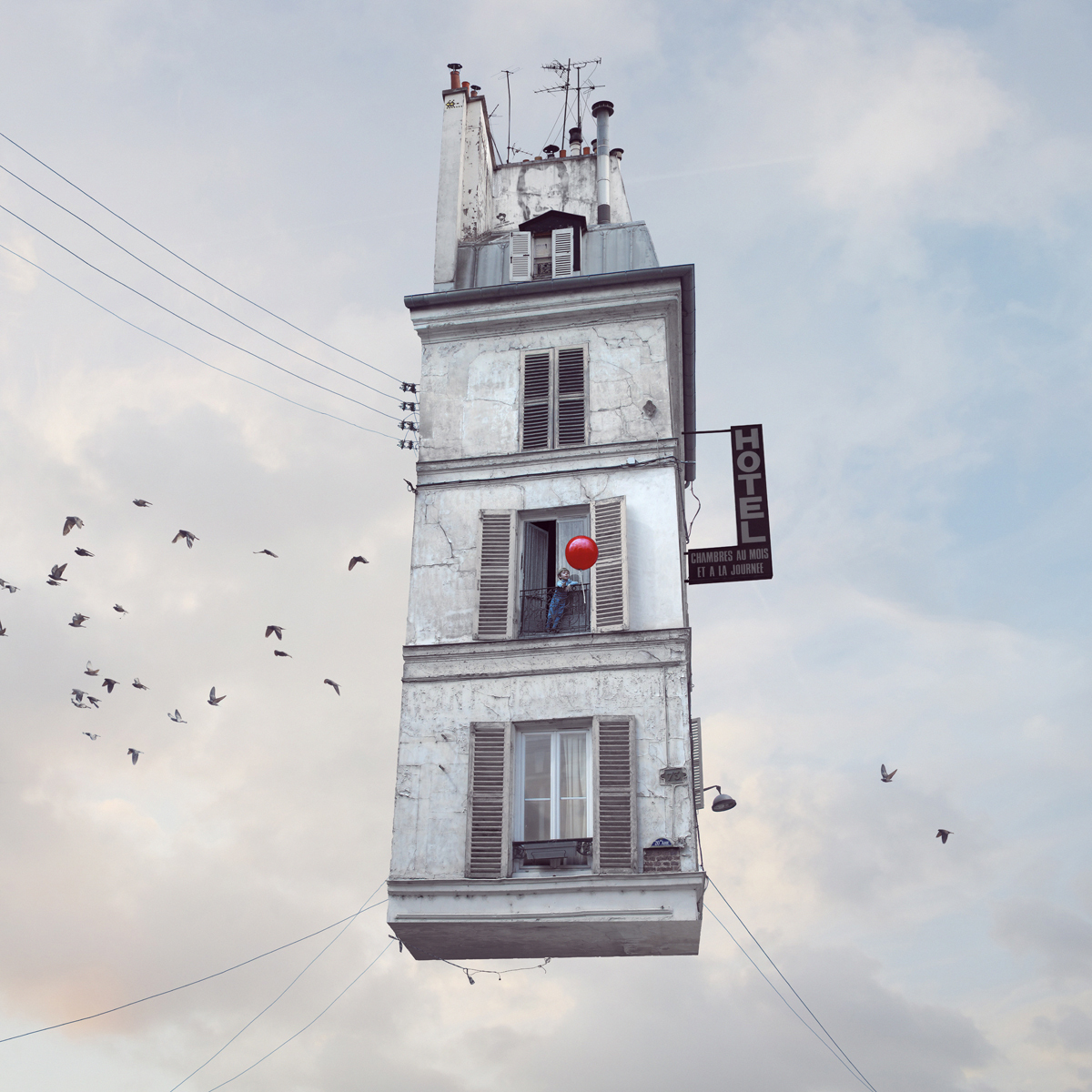 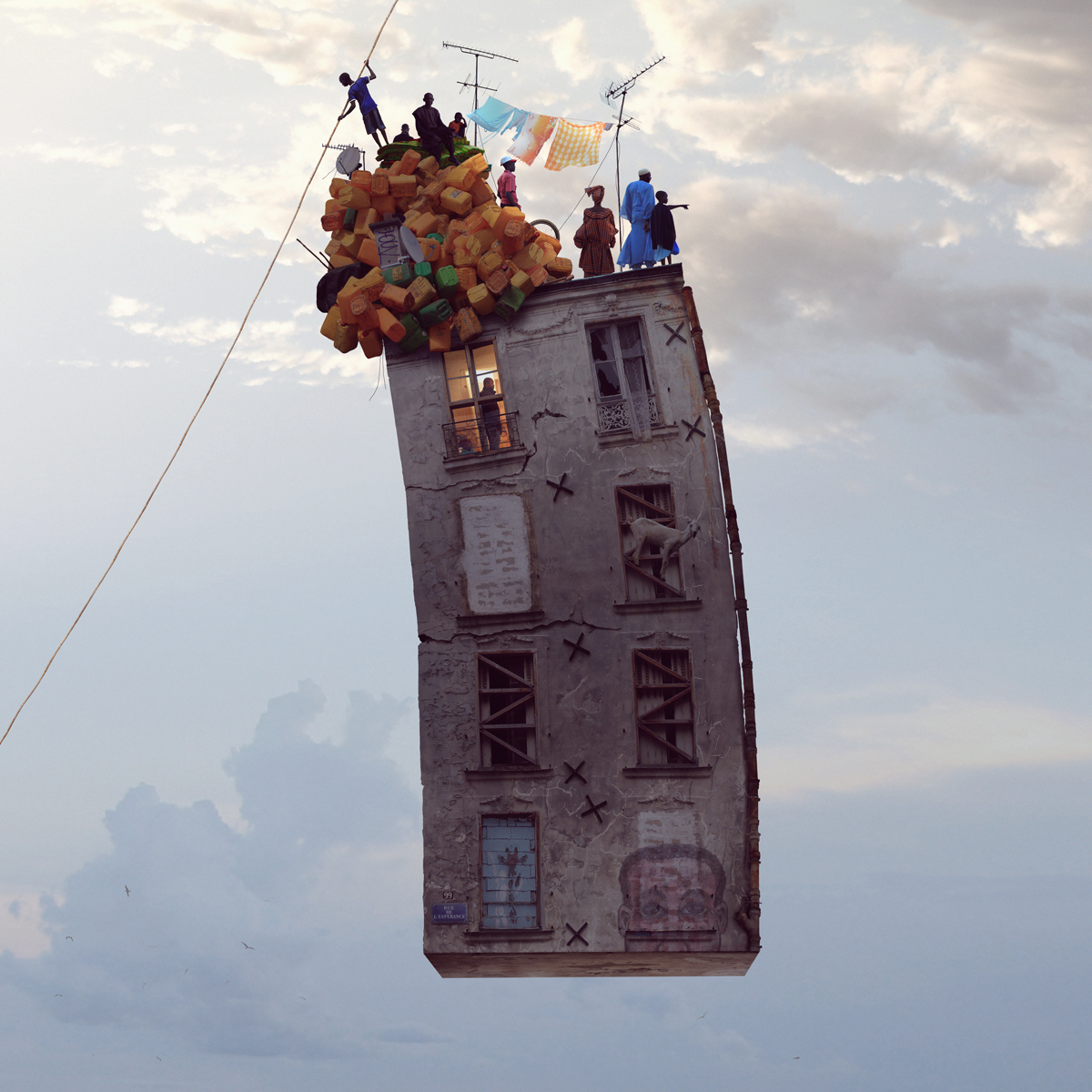