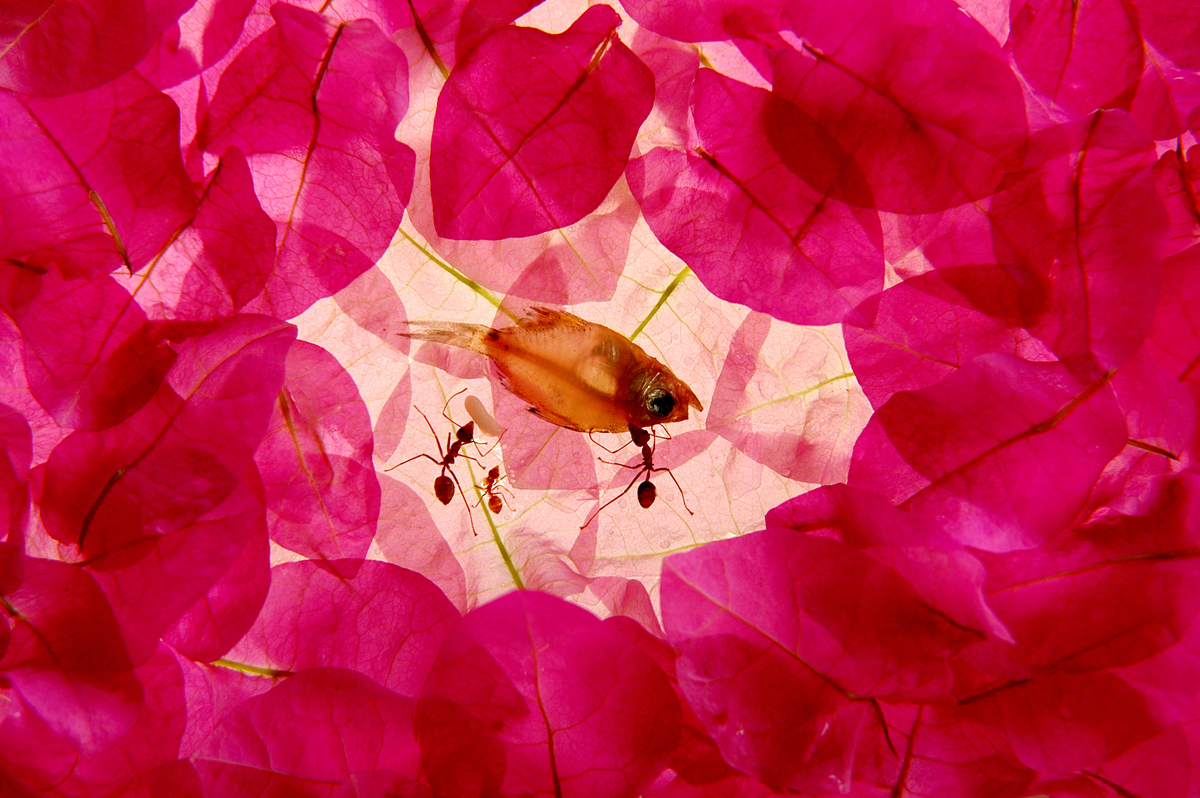 When the water rises the fish eat the ants; when the water falls, the ants eat the fish. In his illustration of the Cambodian proverb, this experienced photojournalist, accustomed to carrying out personal projects associated with thematic and even philosophical issues, demonstrates his love for colour. He does so with no tricks, no Photoshop, with patient and implausible mises en scène: with real ants and live or dried fish. This metaphor for the original struggle for life between species is adorned with exuberant colours that render even more unlikely this fight to the death in which Cambodians, for whom dried fish is an essential food, recognize themselves straightaway. The overwhelming magnitude of the ants’ transportation movements, which is always striking, takes on here the appearance of a lively and fun-filled ballet, a macro report that always keeps the right distance and reveals the fascination for light of a photographer who has produced an immense and always metaphorical work around the four elements (earth, water, air, fire).

Mak was born in Phnom Penh, Cambodia, in 1970. At the age of 5 he was forcibly removed, along with his family, by the Khmer Rouge to the province of Takeo. In 1995 he graduated in Fine Arts and Photography and his work soon appeared in several publications including Cambodge Soir and The Phnom Penh Post. His work has been shown at an international level and his series Fish and ants recently came to form part of the permanent collection of the Singapore Art Museum. 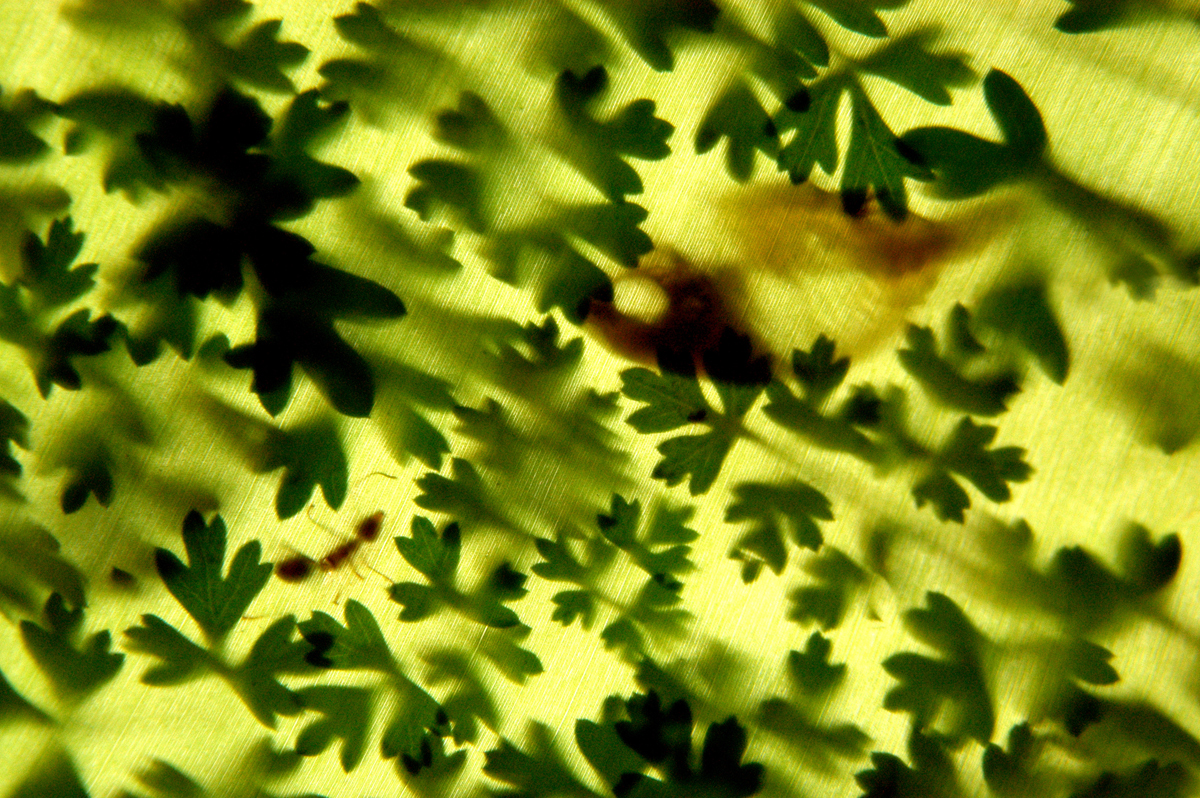 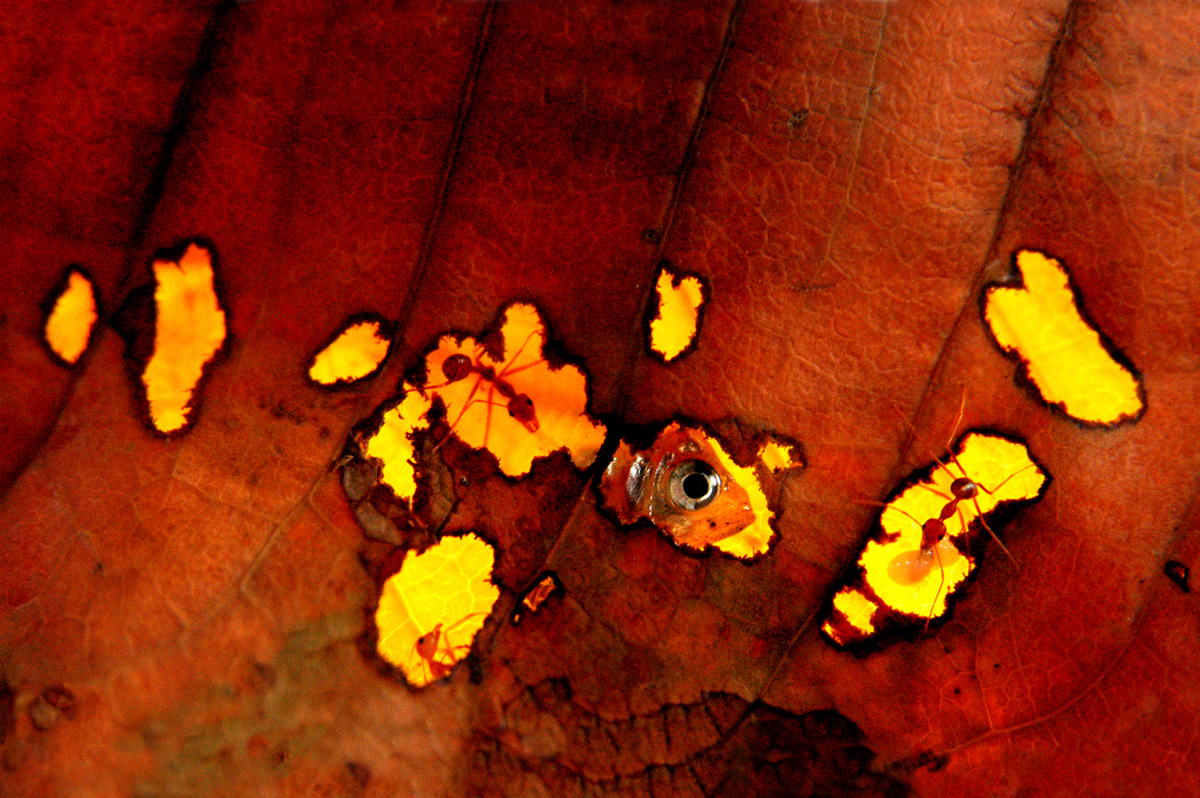 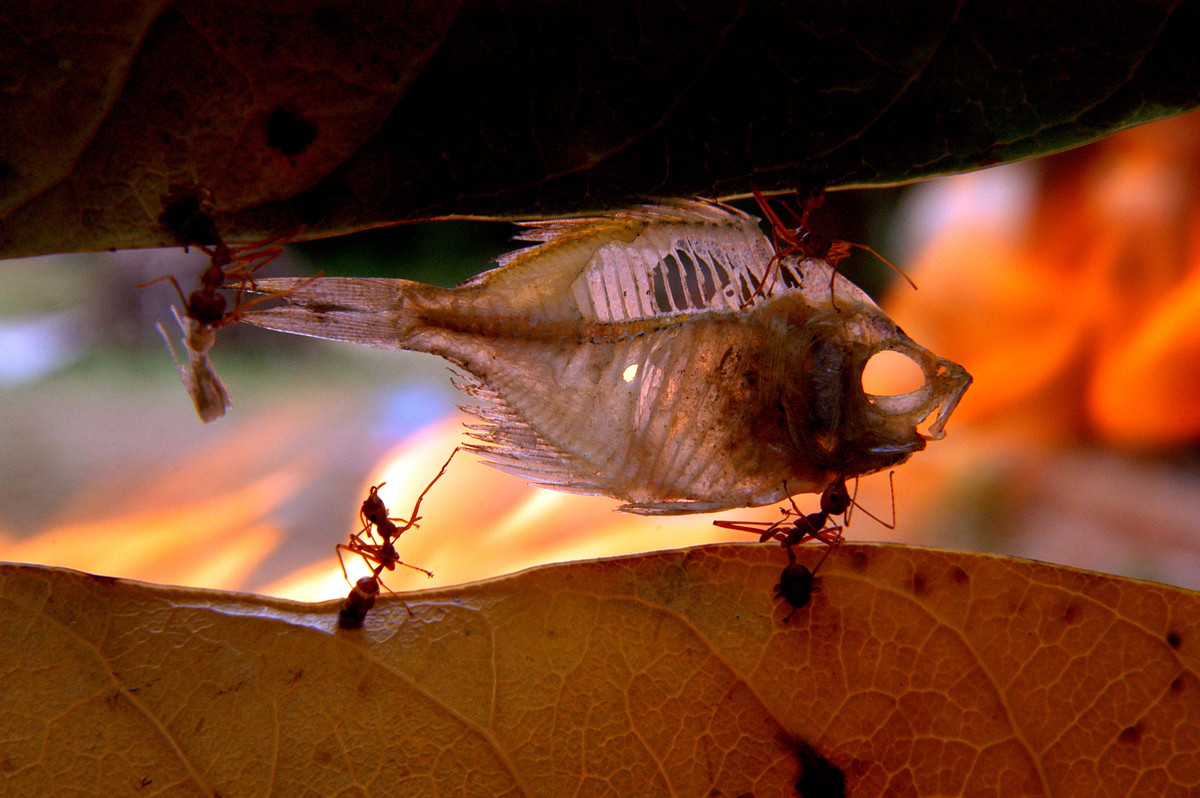