Being from a humble background, the author cannot travel. Although, like his family, he dreams of it. So, upon a wall of his garage, he paints, under the inspiration of postcards and photographs, the destinations he would like to journey to. Then, alone or with his family, he poses before these naïve paintings as if he were the tourist he cannot be. And it is clearly in front of these clichésand stereotypes converted into the scenery of an improvised studio where the photo shots are taken. Today’s world is also reduced to the codified images that replace it. During these virtual journeys, the father of the family passed away. From that point on, he appears in the images in the shape of a small angel –lost at times in a corner of the picture– who accompanies his relations within photographic eternity.

Anusorn was born in Thailand in 1985. His career as a photographer began in 2001 and since then his work has been shown in various cities in Asia such as Bangkok and Singapore. In 2010 he was selected by the Tokyo Month of Photography and in 2006 he was given the Young Thai Artist Award. 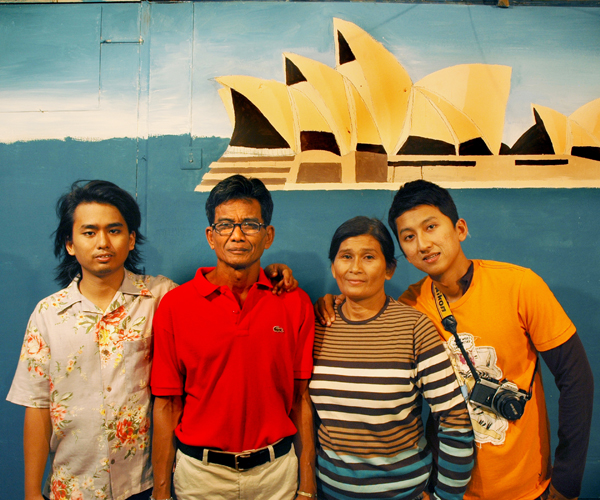 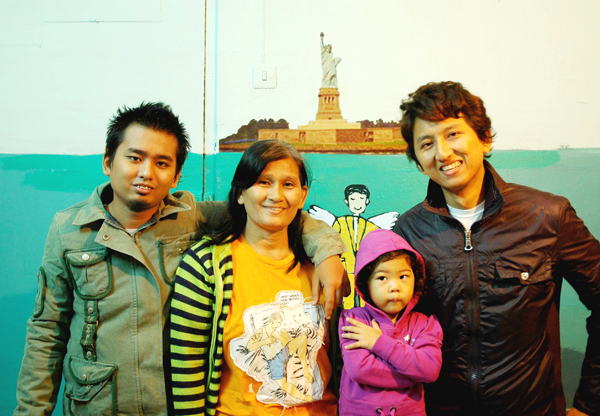 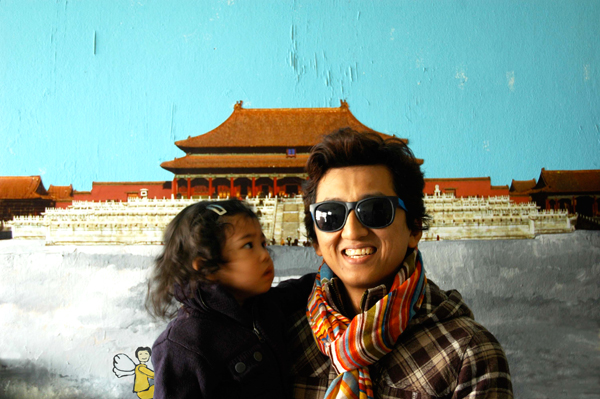