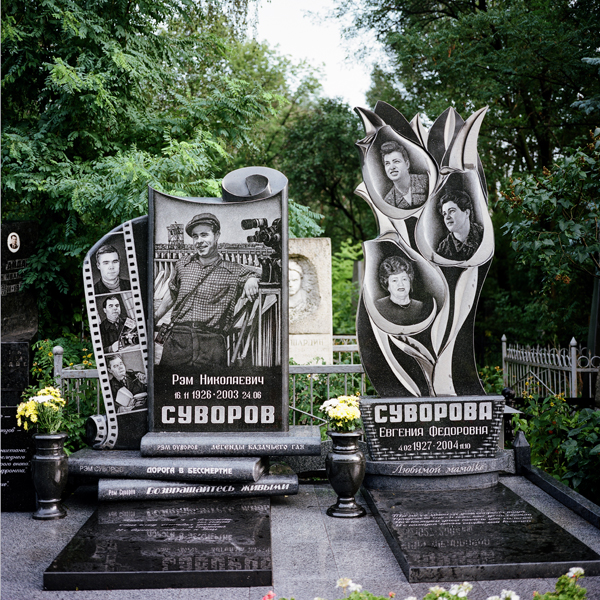 She explores, to a degree of obsession, the continuance of a kitsch aesthetic in the territories of the former Soviet Union and its satellites, which is where she comes from. After documenting kitchens, decorative objects and wallpaper, she began incorporating into her repertoire, through several journeys she made, a strange novelty: cemeteries. The author had already noticed the appearance of new graves, generally engraved in black granite showing realistic portraits and symbolic scenes from the lives of the deceased. It might be understandable that a previous Olympic champion, a general or political figures become immortalized through a portrait for their final resting place. But it is perhaps more surprising to find that a taxi driver, a heavy goods vehicle driver or an airplane pilot, all of them unnamed, are transformed into heroes here for all eternity. And even more so when they are always going to be accompanied by a set of symbols that simply remind us what kind of lives they had: commonplace and run-of-the-mill.

Eugenia was born in Ruse, Bulgaria, in 1973. She graduated in Journalism and Communication Sciences in Vienna and began to be drawn by photography after the death of her mother, a well-known painter. She works as a freelance photographer for publications that include The Guardian, Die Zeit, GEO and National Geographic and her images have been on show in different cities in Europe and in New York. The magazine B&W judged her the winner of the Portfolio Contest in 2010 and she was nominated for the Portfolio of the Year by Le Journal de la Photographie in 2012. 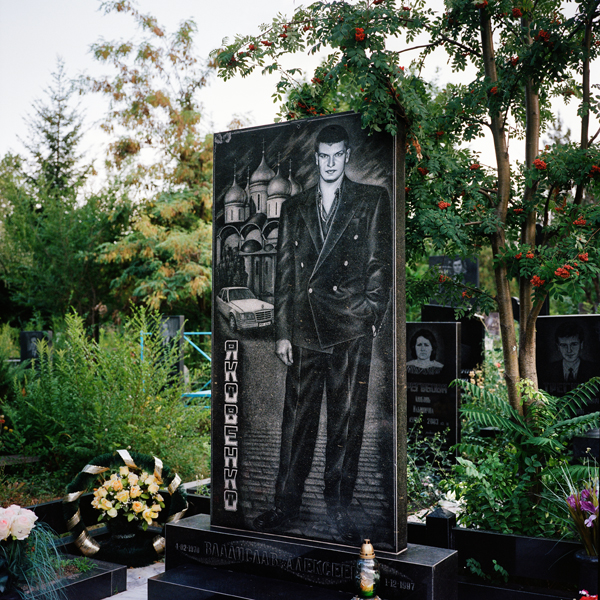 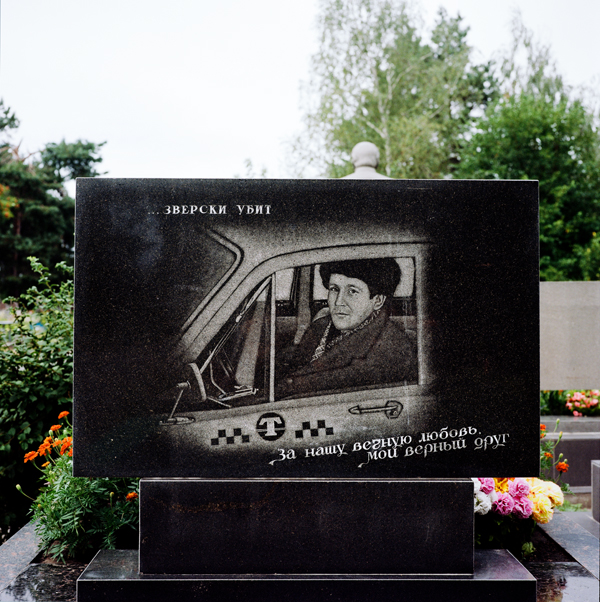 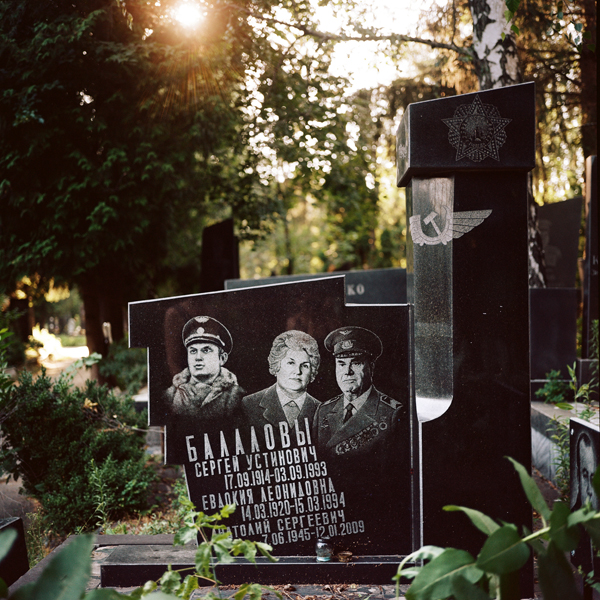