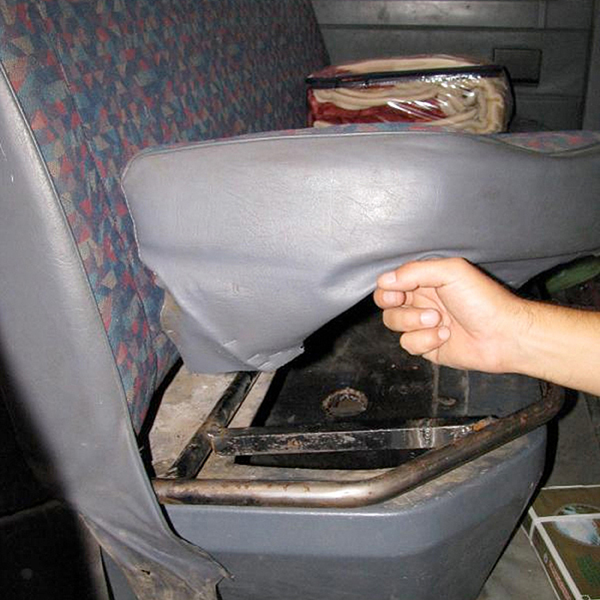 There is endless talk about clandestine immigration, about immigrants without papers, the daily dramas of millions of men and women who make their way from Sub-Saharan Africa –bringing their dreams as they flee from situations of extremity– to get to Europe. They know the lengths the north will take to protect its borders, and that the journey is dangerous and frequently a failure. Many reports have been shown about these circumstances. Choosing to compile images taken by the police, findings that the author reframes, having eliminated indications referring to the police force, Reinaldo Loureiro directly confronts us with what is involved in this traffic. Unlikely hiding places inside cars, tragic inhuman DIY. This also ties in with a radical desire to use the raw document, in the spirit of appropriation artists. It’s possible to be an important artist without being an image producer. Providing them with meaning by changing the context is particularly effective.

Reinaldo was born in Santiago de Compostela in 1970. He completed a master’s degree in Documentary Photography and Photojournalism at the London College of Communication. He usually works with found and archive images, together with his own photography, creating photographic essays that address the complexity of migratory movements in the present context of political and economic inequality. His projects have appeared in media that include British Journal of Photography and National Geographic, and he has participated in various collective shows in Argentina, the United Kingdom and Spain. 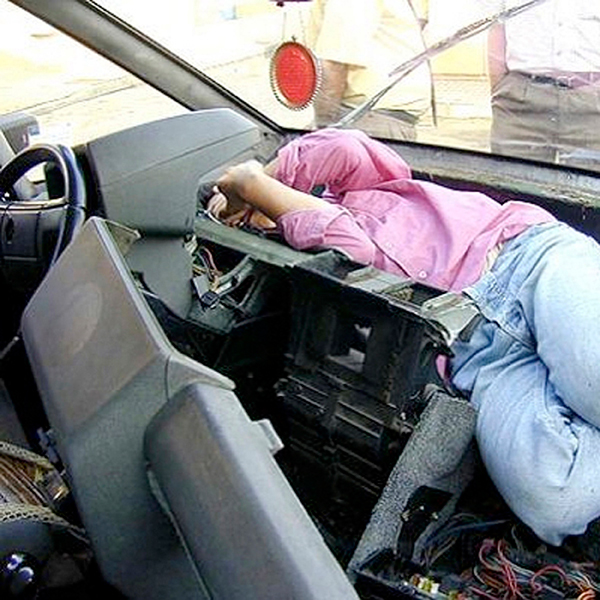 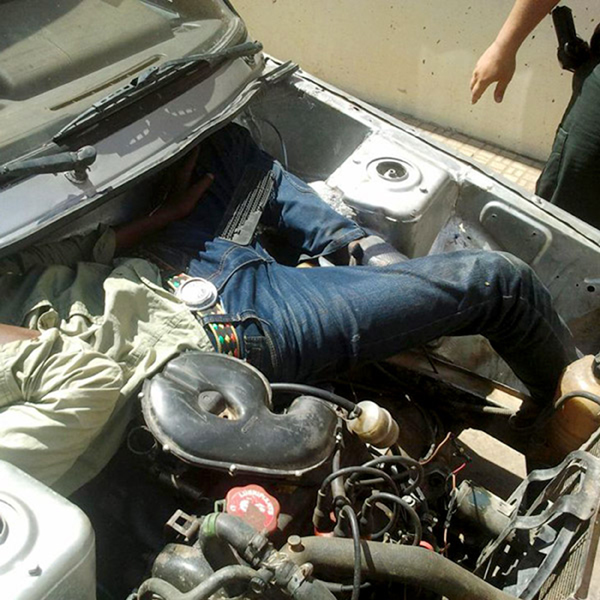 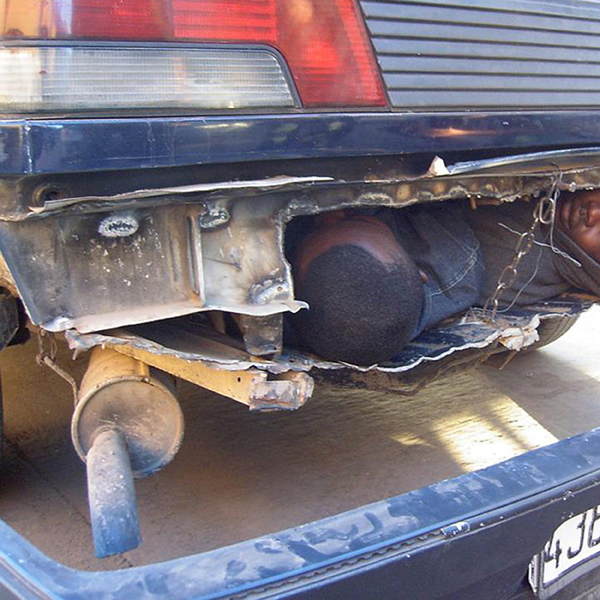