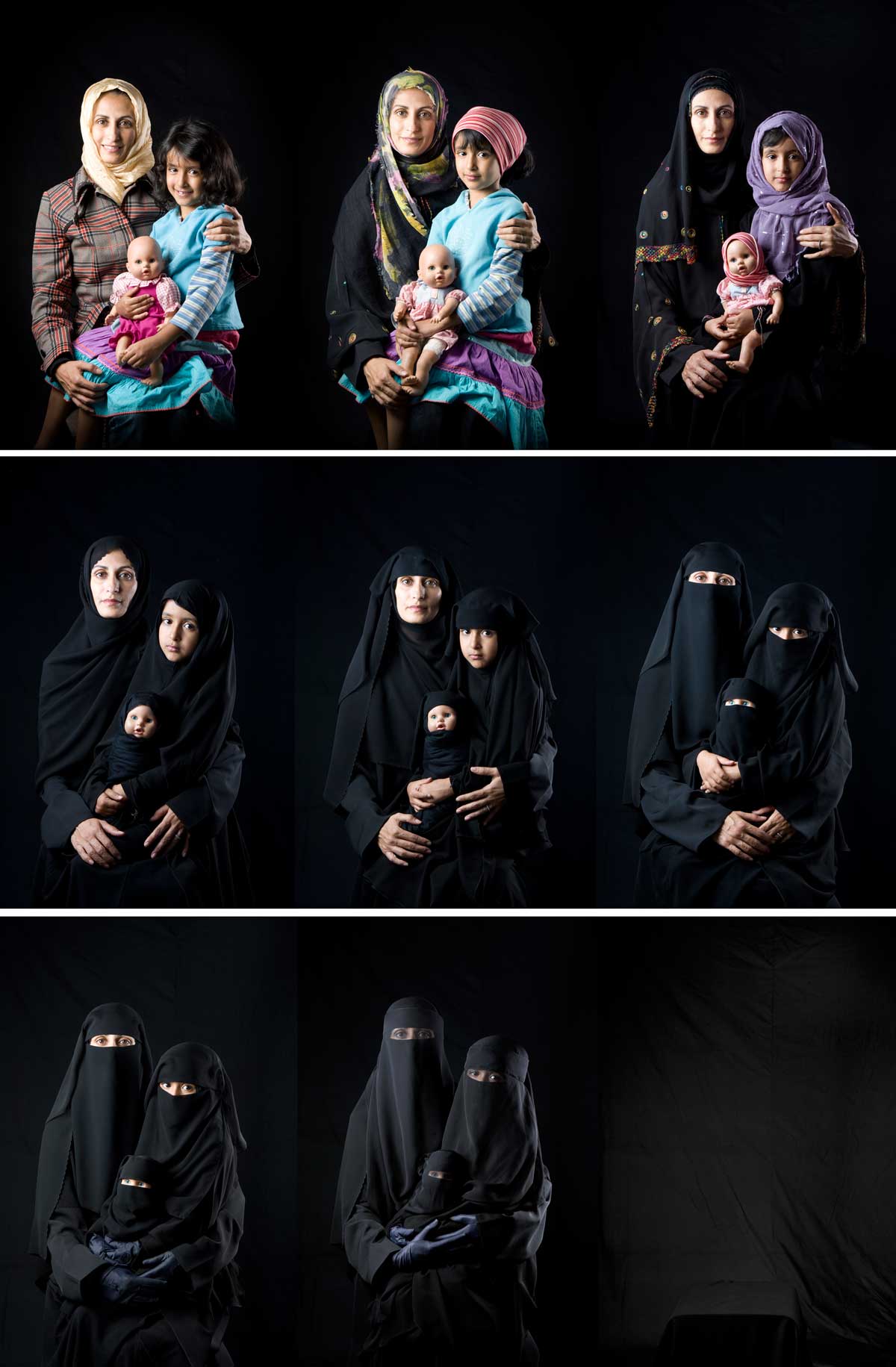 It takes undeniable courage for a Yemeni woman to forcefully assert her fierce opposition to the way in which Muslim fundamentalists make women disappear to vanishing point. This denial, which is shown in different stages, becomes a cruel fable that cuts to the quick with its refined wake-up call, a kind of symbolic denunciation rooted in the single logic of images. In The Hijab Series: Mother, Daughter & Doll, the colours gradually fade to black as the three characters are obliged to wear the dark veil that progressively engulfs them. What remains, although one cannot say what they are trying to express, are three pairs of eyes behind the tiny aperture. The Hijab Series: What If… proposes a reversal, if not of roles, then at least of appearances. The man dressed in white; the woman in black, whose hands cannot even be seen. Later in the sequence the man is attired in his wife’s black costume, a garment that increasingly envelops him and, at the end of this short tale in black and white, he has lost the expression of his hands and looks out through the slit in the veil as his wife’s hair, face and hands gradually come into view. This touch of humour takes the drama out of a statement which, nevertheless, loses none of its power.

Boushra was born in 1969 in Sana’a, Yemen, the city where she lives and works. She studied International Trade in Washington, which was when her interest in photography took off. In 1996 she became a founding member of the collective Al-Alhaqa and in 1999 she was honoured as the first Yemeni woman photographer by the University of Sana’a. Her work has been published in various media, including The Guardian, has been acquired by the British Museum in London, among others, and has been shown at an international level.