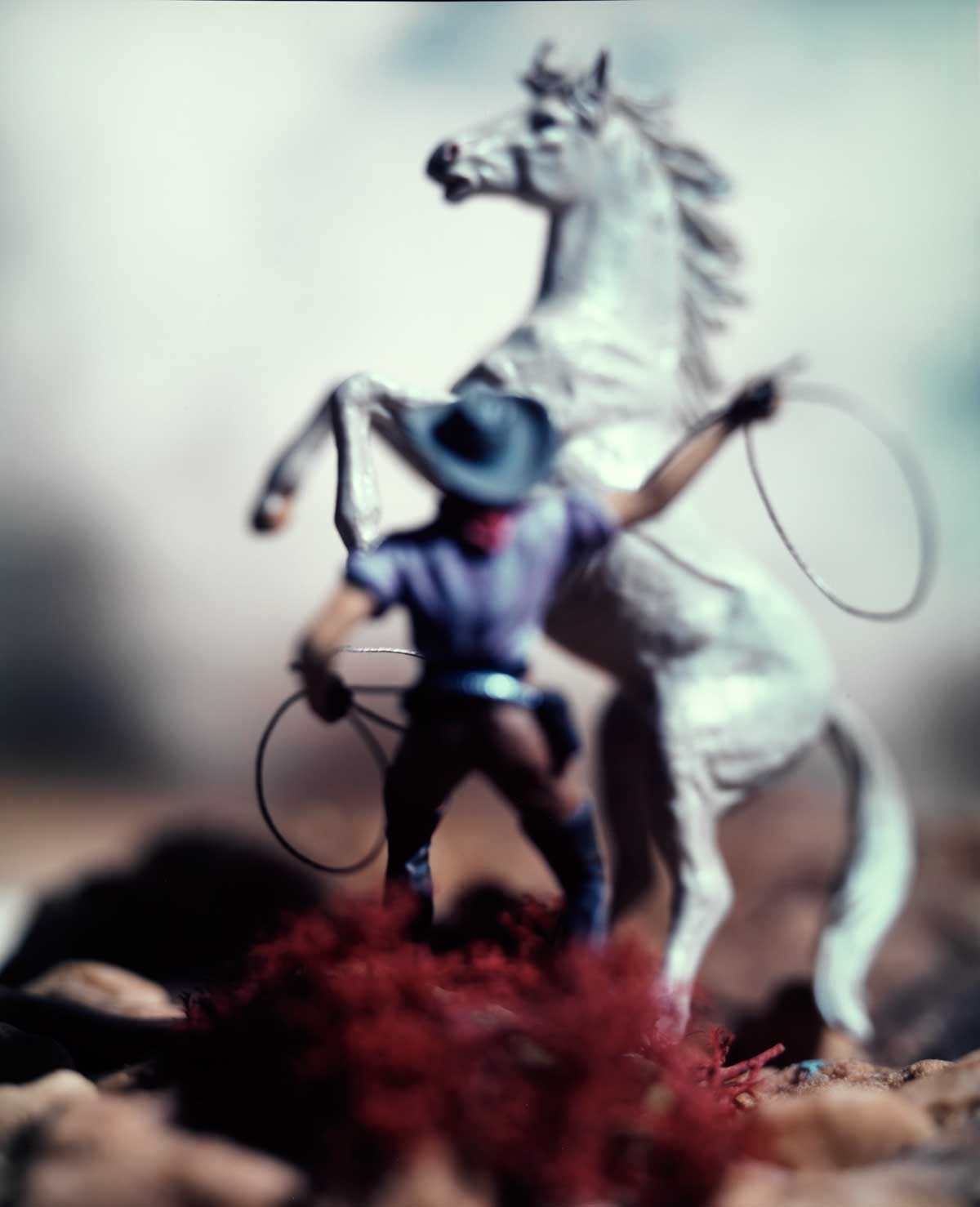 Composing in black and white, he was the first to use toys to convey his imaginary of the First World War. He continued to use them for the Second, even for the subject of the concentration camps, making the most of Polaroid colours in large format. Of course, behind these mises-en-scène –the representation of war–, the question is posed of the legitimacy of selling these toys to children, of what meaning there might be to this beyond commercial interest. Children have always been known to play at war, to imitate the ferocity of adults and thereby feel more powerful. We know today that their model is not real war but these images that reach them without let up from screens, television and video-games, with their litany of deaths, violence and atrocities. The artist, who used similar contrivances to explore the image of black people in the United States–and in other places–, in addition to the myth of pin-ups, Barbies, glamour and baseball, to name but a few, deciphers the stereotypes he stages. Including cowboys and Indians, a historically real massacre that cinema has transformed into epic.

David was born in 1949 in San Francisco, and lives and works in New York. He studied Photography at the University of Yale and Business management at the MIT. In 1997 the International Center of Photography in New York organized his first retrospective. He received the Guggenheim Fellowship and a scholarship from the agency National Endowment for the Art. His work forms a part of several collections, including those of the Whitney Museum of American Art, the Museum of Modern Art and el Metropolitan Museum of Art. 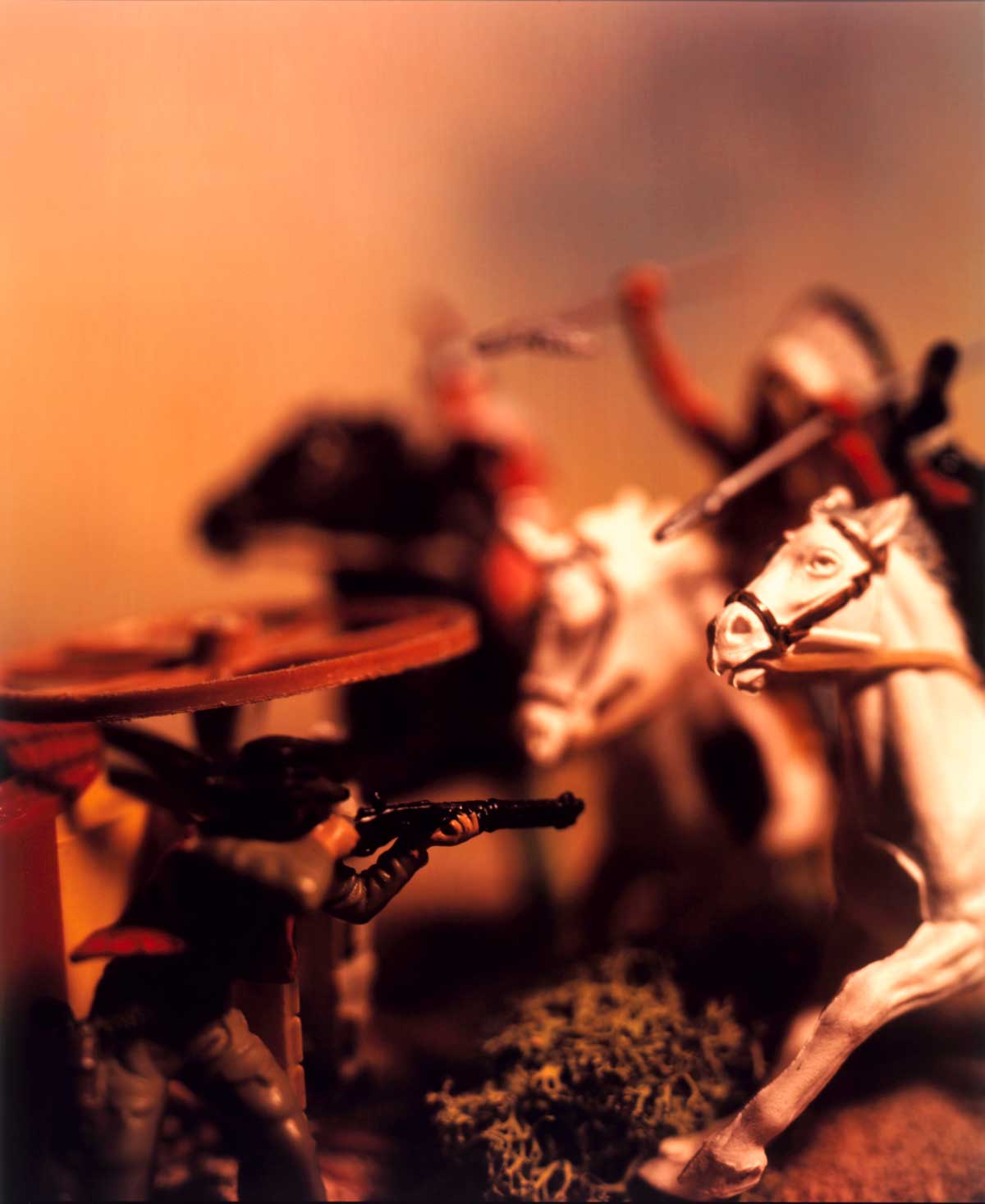 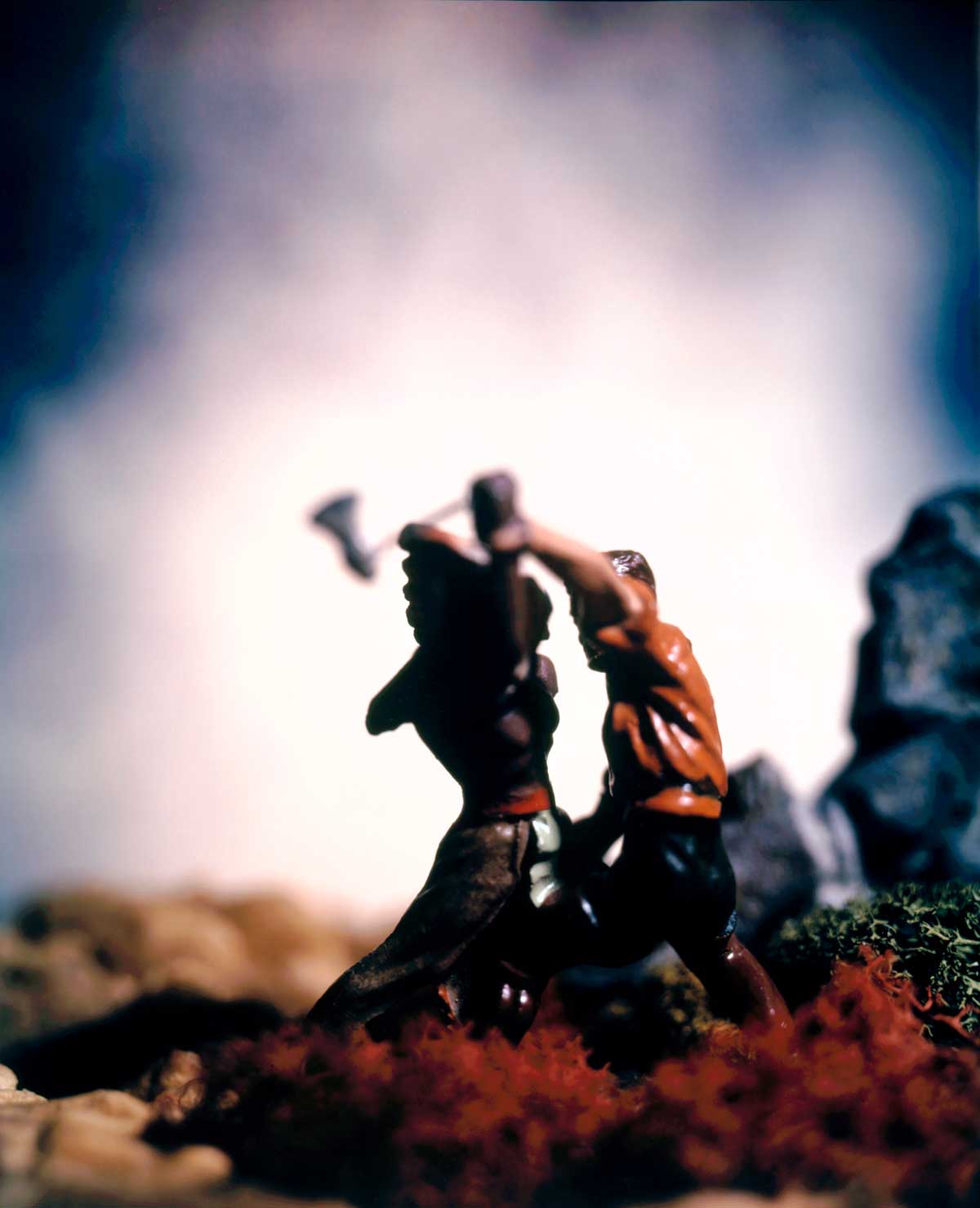 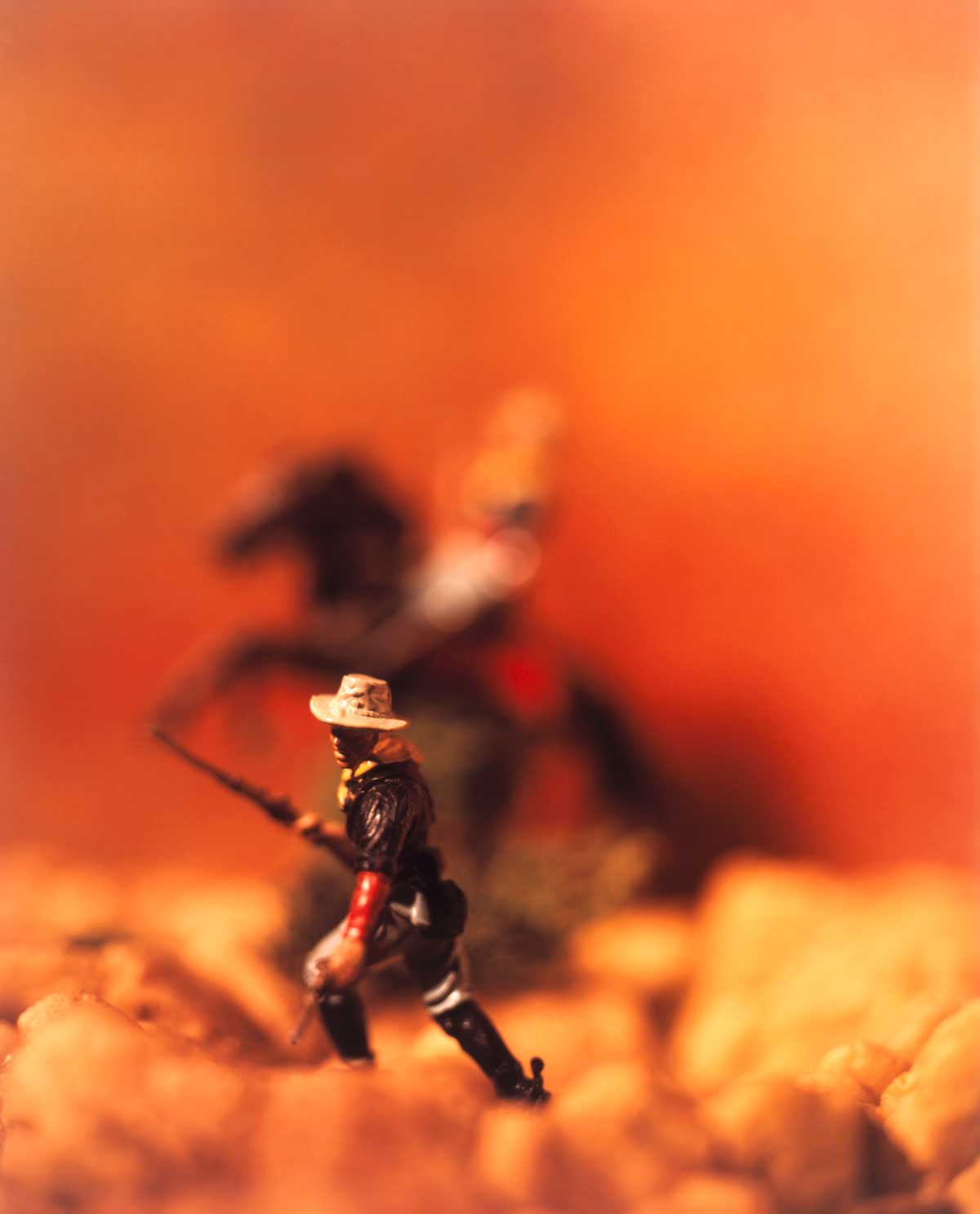