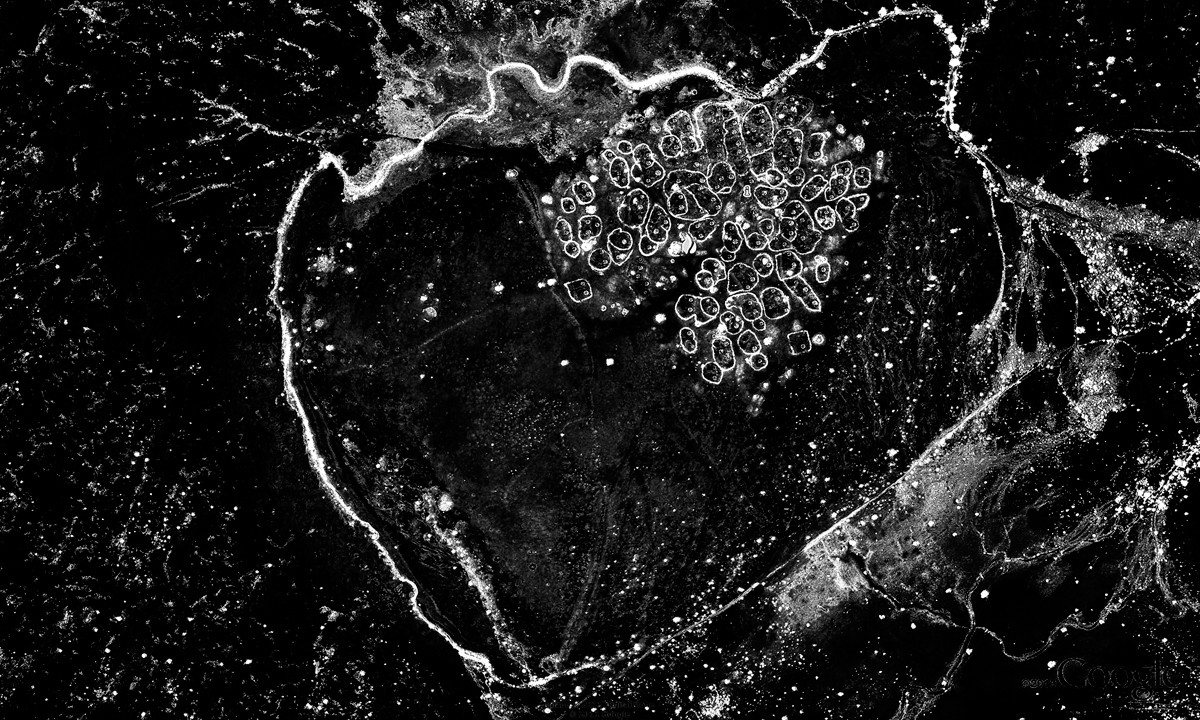 How does one photograph war? Certainly not by repeating pictures of corpses, answers the author who decided to re-appropriate images and subject satellite views of burnt villages in Darfur –with at least 300,000 dead between 2003 and 2006– to another treatment, posing the question in a radical fashion. Freed of their colours and converted into black and white negative, the Google Earth captures become graphics. We will not find information, but we will, indisputably, have the form. This is no different, to tell the truth, from what happens with images created from the tradition of photojournalism that can only constitute part of an information process in a particular context accompanied by texts, figures, graphics and layout. The information could not be derived from the actual image if it were produced in the photographic tradition or by the sophistication of recent technologies. Satellites –which sweep everything, monitor everything– supply us with shapes. Shapes to be deciphered. In this case, denoting tragedy.

Jacques was born in 1954 in Bulle, Switzerland. At the age of 18 he moved to Zurich and in 1977 his first individual show was held in Gallery 38. His series Graffiti Greffés has received ample recognition and has been exhibited in various countries. In 1985 his work was included in the International Photographers Encyclopaedia from 1939 to the today, published by Camera Obscura. In 2000 he travelled all over the world to execute the Sacred site series, which he is currently still engaged in. 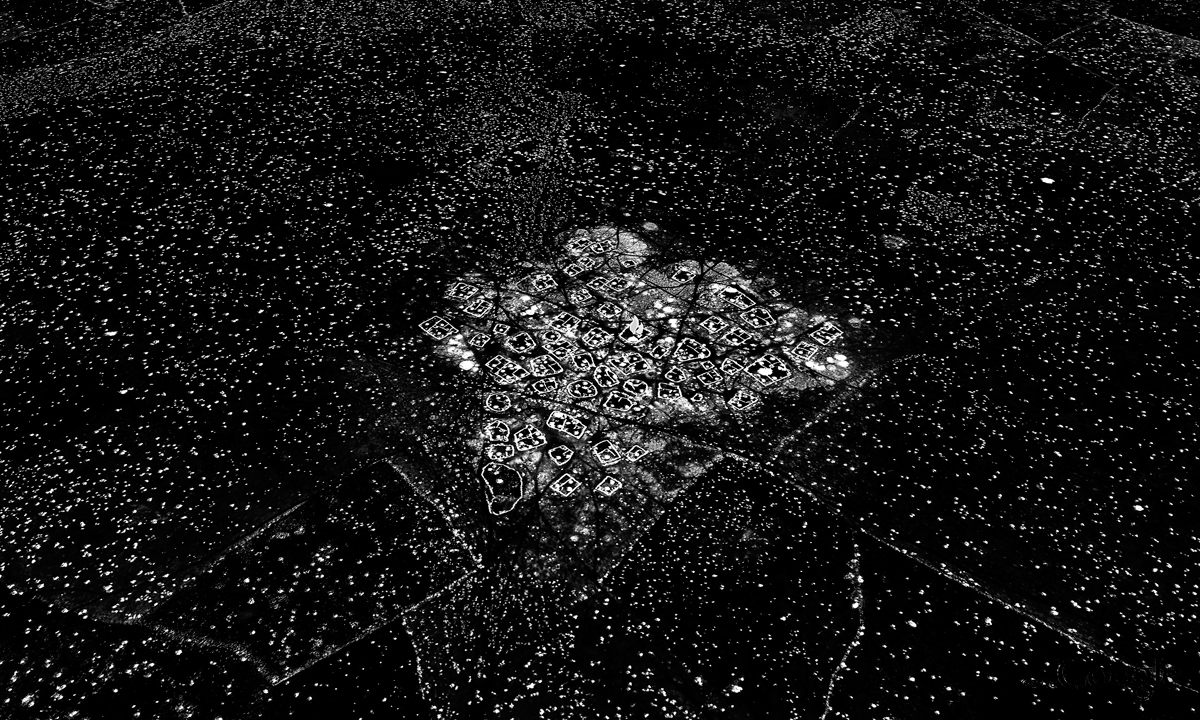 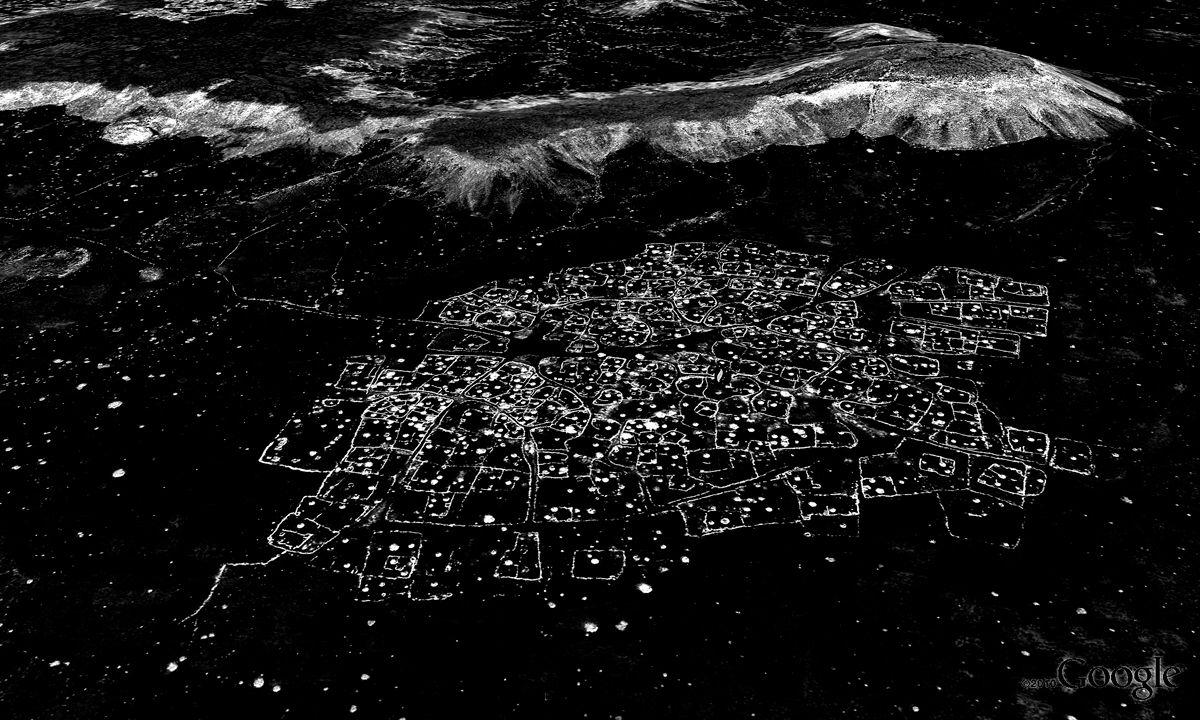 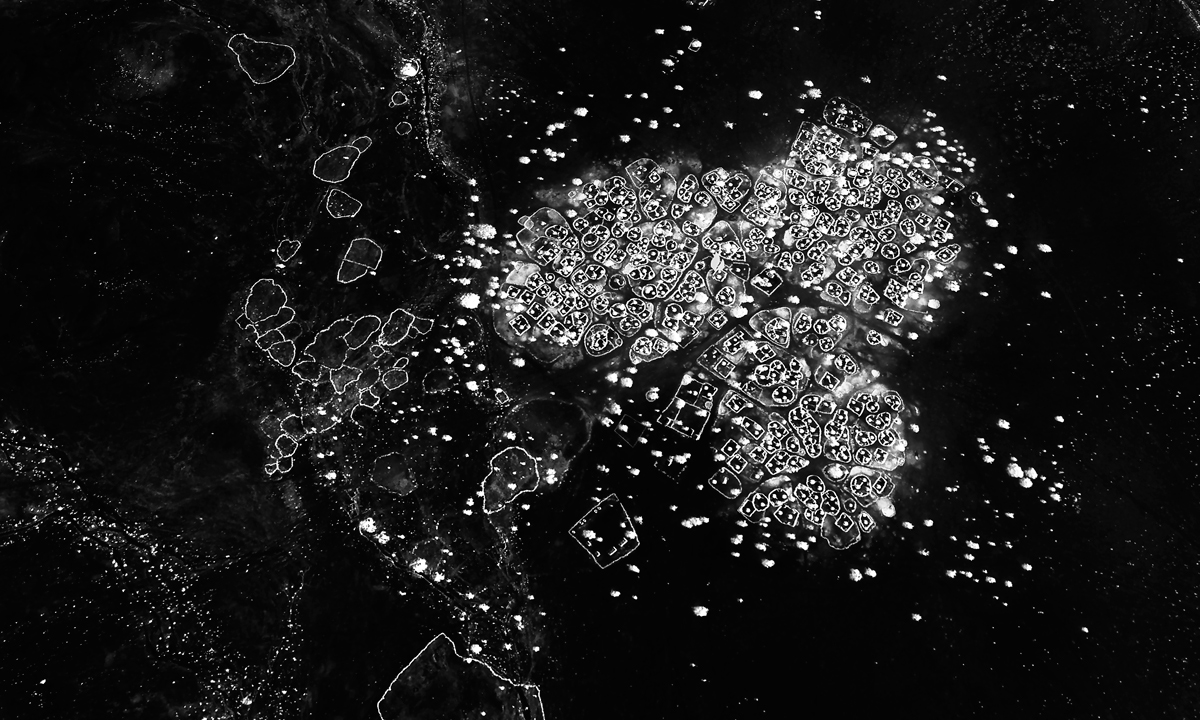