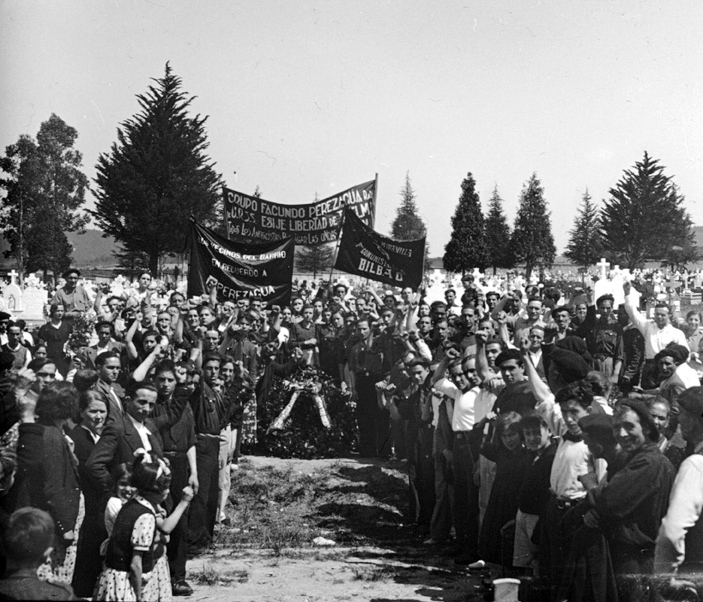 As other amateur photographer Jesús de Echebarría photographed his family, his traveling in Europe, his passion for corrida or soccer, the landscapes he loved and he did the portraits of people he was interested by. Nothing special, so. But it happened that he was living in Euskadi and in a period of historical events, the towns he visited and all his surroundings. As you can find such a diversity in his work, he can fit with mostly any thematic. In the program of “Struggles” it was obvious that Guernica was one of the points. Echebarría had visited the town and photographed the monuments and the symbolic tree of the city before the civil war. He came back after the tremendous destruction, and also, some years later when the city was still wounded. With the same passionate addiction to stereoscopic photography and his strong illusion of space he documented the mines and the hard condition of the workers and their dramas, as well as the political movements fighting for – or against – the respect and protection of the bask culture. Using perfectly his tool and his peculiar technique he proposes at the same time strong documentary and a kind of illusion when the viewer projects himself in the space of the image and has to fond his right position. A manner of remembering that photography is always a question of distance and of point of view. Of physical point of view which shows and tells as well aesthetical decision and a kind of decision in front of the world. Stereoscopic photography creates an illusion. On approaching it we know it is a matter of artifice and yet something inside us is activated.

Jesús was born in Bilbao in 1882 into a middle class bourgeois family from the same city. He studied commerce in 1903 and then obtained a post in the Bank of Bilbao, which he was to lose over a period of ten years for political reasons. One of his hobbies was stereoscopic photography, as a result of which he travelled, won various awards and honourable mentions and even attracted the attention of some foreign publications of the day. 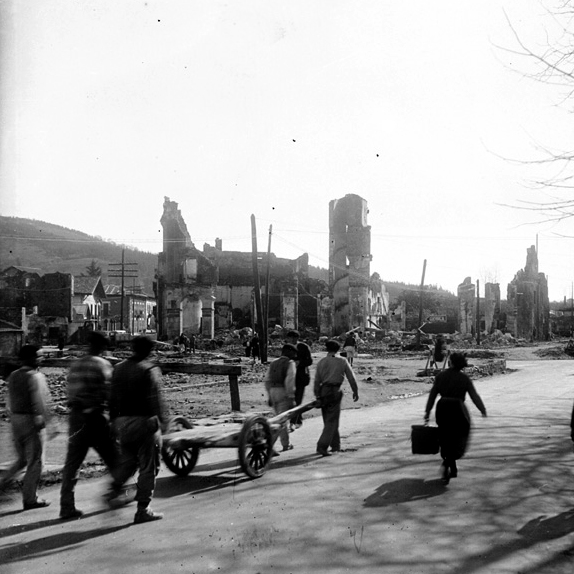