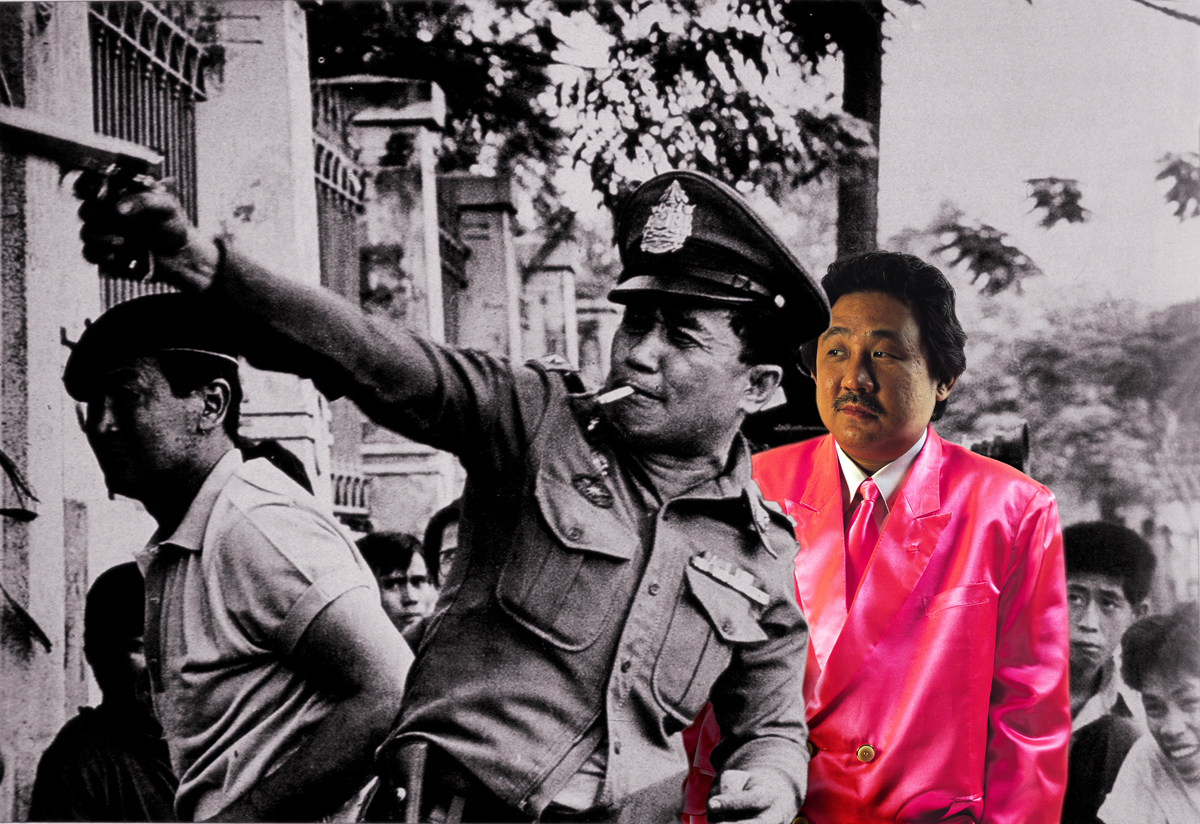 In 2001, this artist, who defines himself as an activist, produced a series of photomontages that evoked the memory of the students massacred in 1976, the great numbers of military coups and violence in his country. Using black and white documents taken by photojournalists during that period, some of them World Press Photo award-winners, he once again set his fetish character Mister Pink in motion. This popular TV series actor wears a garish pink silk suit, with patent leather shoes –pink, of course–, is equipped with a pink mobile phone and a painted pink trolley that he never lets go of, a perfect caricature of consumerism. With disaster all around him, and beyond the constraints of time, he participates, delighting in the situation and seems to give orders. In spite of appearances, the times have not substantially changed and the struggle continues between dominators and the dominated. The choice of form in the recovery of montage, which saw its splendour in the surrealist period, in avant-garde newspapers and posters –from 1910 to 1940- that sought to extol the Russian Revolution and the fight against fascism and Nazism, restores to the genre a topicality that was thought to have already seen its day. And all thanks to the facilities offered today by digital technology.

Manit was born in 1961 in Bangkok, the city where he lives and works. He is known for his photographic critiques of Thai consumerism. His Pink Man series has been shown internationally and his work forms part of collections including that of the Maison Européenne de la Photographie in Paris and the Fukuoka Asian Art Museum in Japan. He has exhibited in the Yokohama Museum of Art and in the Centre for Contemporary Photography in Melbourne, among others. 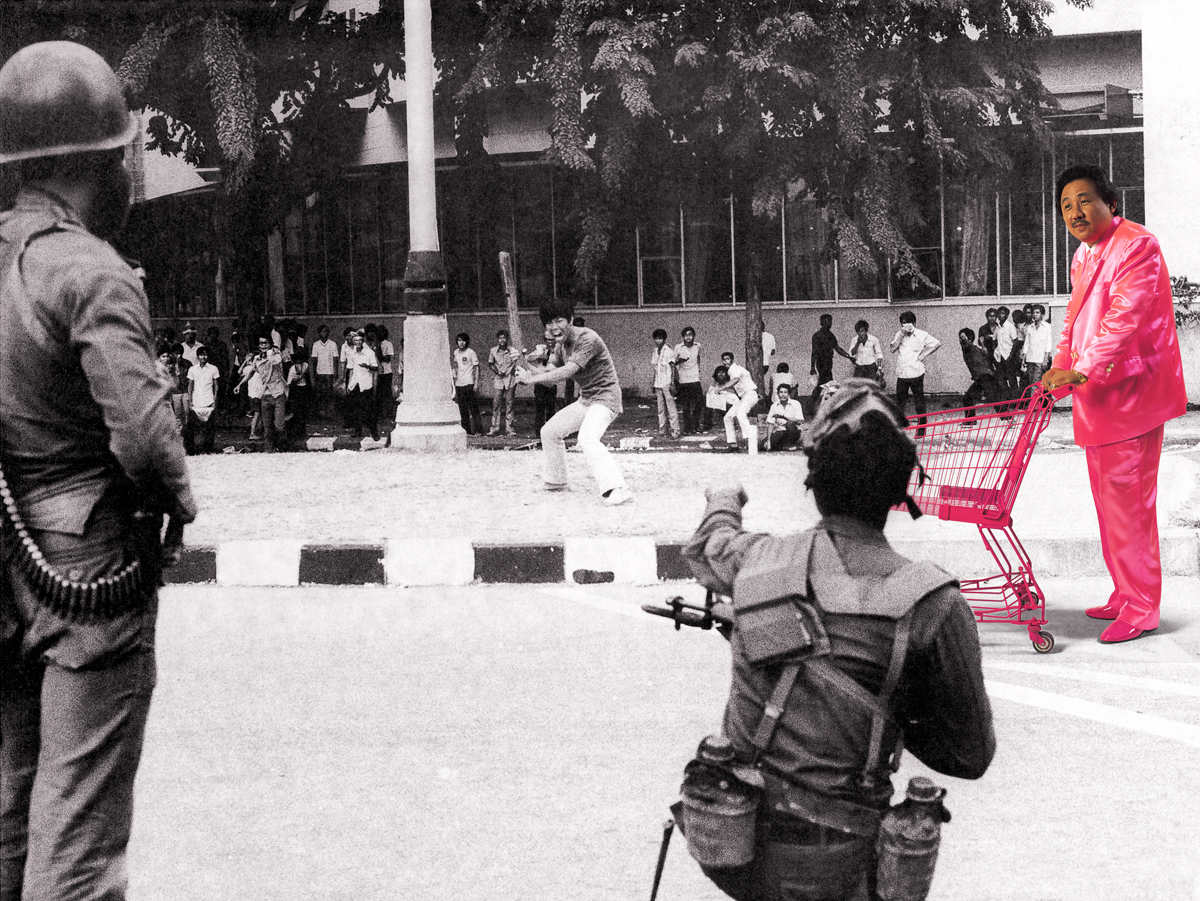 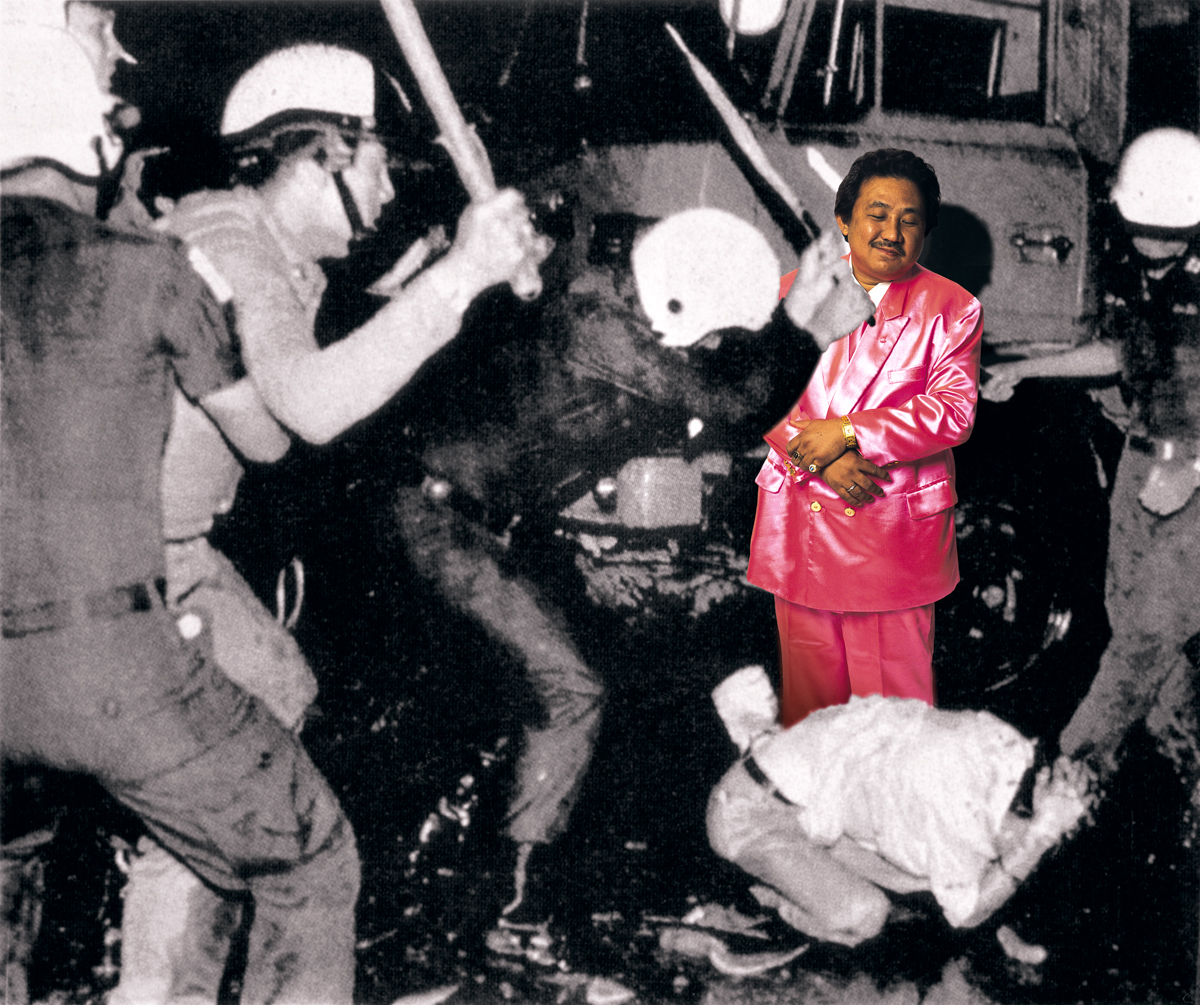 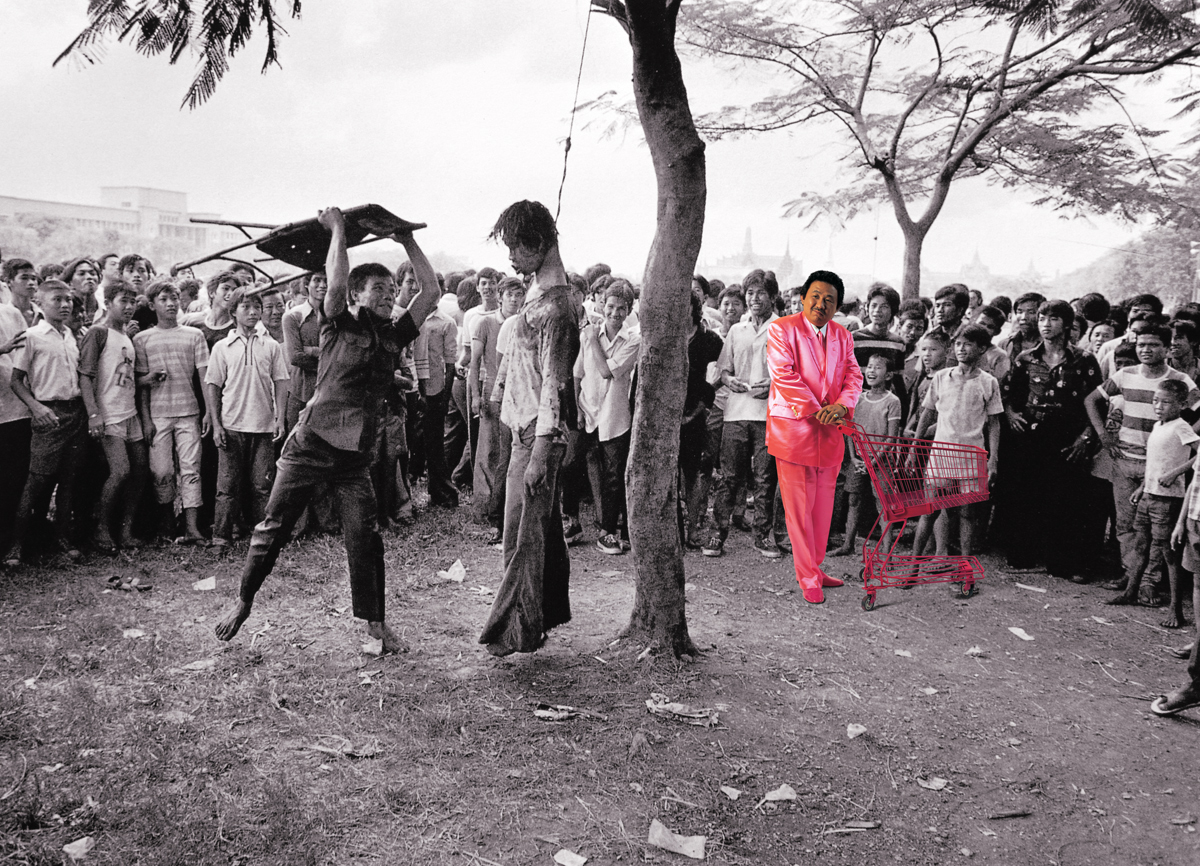