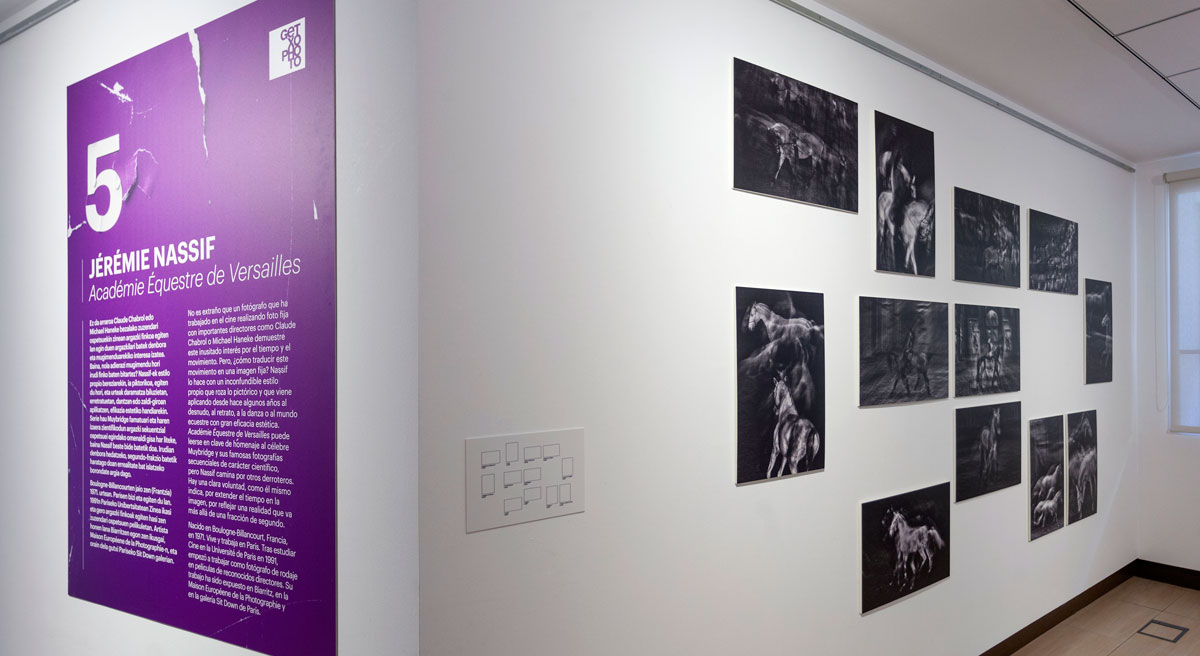 There is nothing odd for a photographer who has done film work making stills with important directors such as Claude Chabrol or Michael Haneketo show this rare interest in time and movement. But how does one translate this movement within a fixed image? Nassif does it through an unmistakable style of his own, bordering on the pictorial, which he has been applying for some years to nudes, portraits, dance and the equestrian world with great aesthetic effectiveness. Académie Équestre de Versailles can be interpreted as a tribute to the celebrated work of Muybridge and the scientific aura that surrounded his famous sequential photographs, but Nassif is on a different tack. There is a clear vocation, as he himself indicates, to extend time in the image, to reflect a reality that goes beyond a fraction of a second.As José Alvarez points out when referring to Nassif’s work, the decisive moment that Cartier-Bresson loved is not appropriate in this case; for the author the expressive moment contained in a fleeting act is far more relevant, in a truth concentrated and totally dictated by the action. 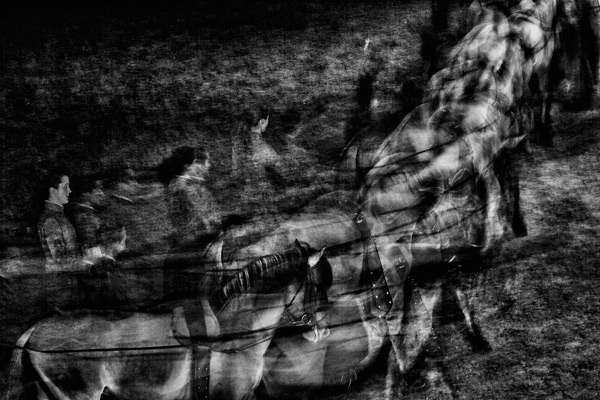 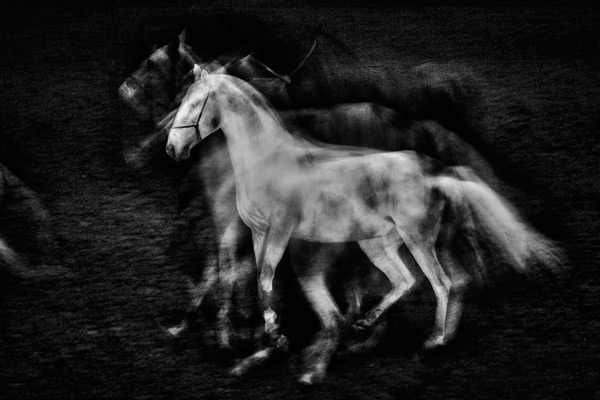 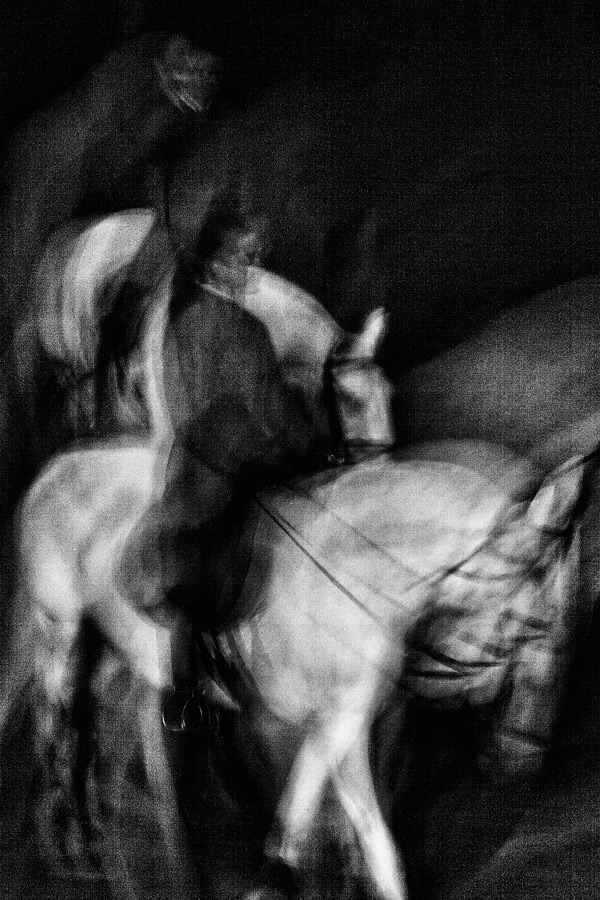