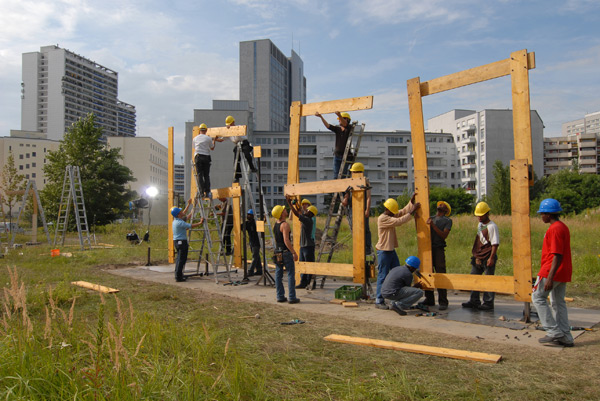 We are obsessed with controlling time. However, all that we humans have been able to achieve has been an increasing accuracy in measuring it. First came the early systems using the sun and sand, then the mechanical clock –which divided the day into hours, minutes and seconds– and now the atomic clock offers the exact time through the international system of synchronization, which is known as Standard Time. And this is how our lives are governed, subjected to this human invention from dawn to dusk.

This incredible performance, perfectly documented and video-filmed, shows a handmade clock that is continually modified by 70 workers. They build a digital clock in real time which tells the real time, minute by minute, quite accurately. This work involved 1611 changes during a 24-hour period. However, this useless effort –the only objective is to spend the time to show how it passes– is too big for mankind. Despite their obstinacy and sense of duty, the workers constantly appear to be on the verge of failure, letting us know the huge difficulty involved in yielding to the rhythm of standardized time.

Mark was born in Pinneberg, near Hamburg, in 1967. He lives and works in Berlin. He studied at the Art Academy in Münster, where years later he was to be a guest lecturer, and at the Chelsea College of Arts and Design in London. Formanek is a fairly well-known conceptual artist who has exhibited individually in Germany and in group shows at the Kochi-Muziris Biennale in Mumbai, the Montevideo and Curitiba Biennials, as well as in Rio de Janeiro, Berlin, Münster, Quito, Caracas, São Paulo, Tel Aviv, Kassel, New York and Santiago de Compostela, among other cities. His work forms part of the Abteiberg Museum collection in Mönchengladbach. 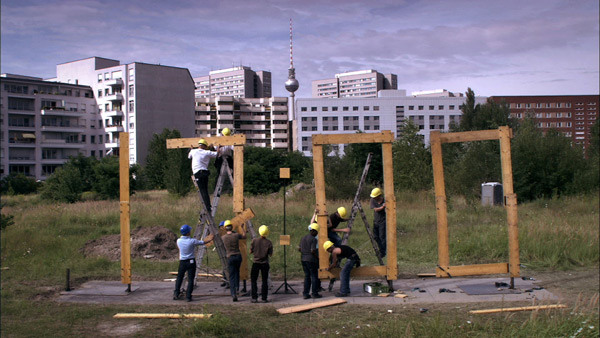